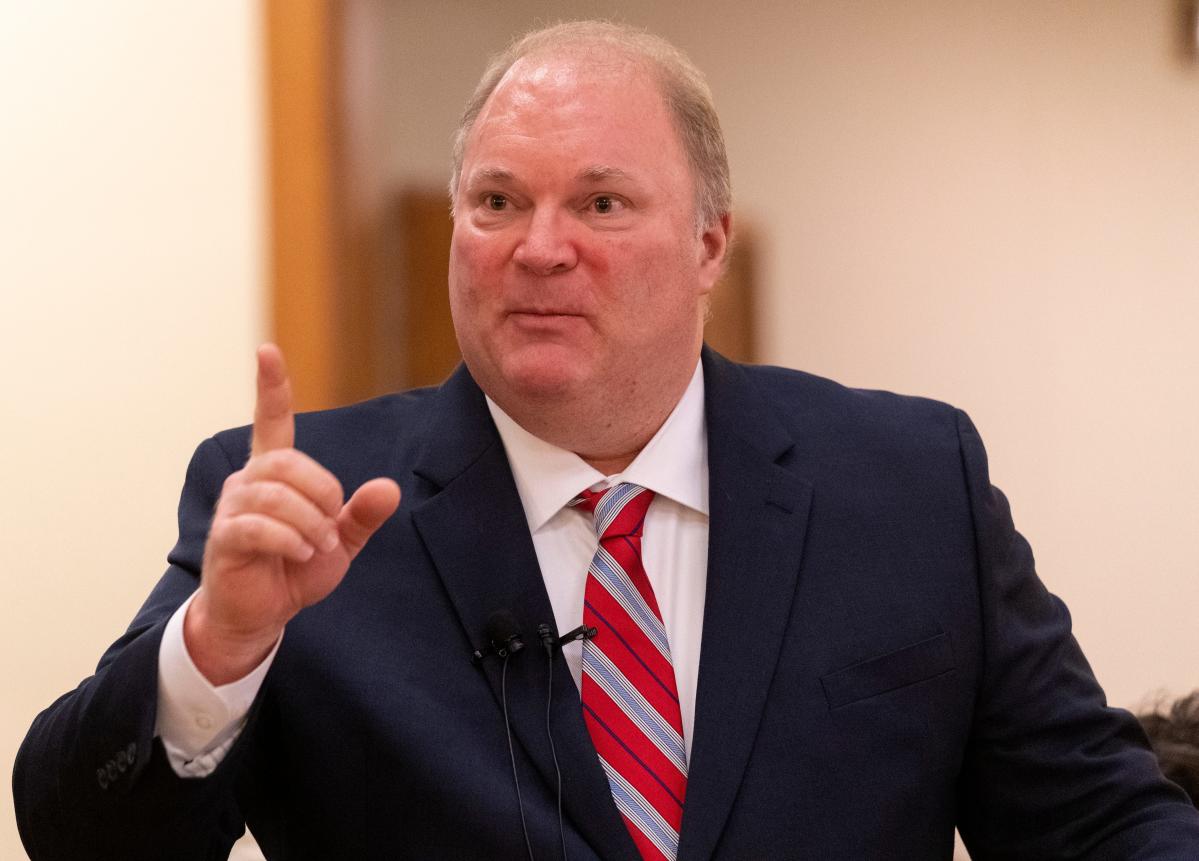 MADISON – Former state Supreme Court Justice Michael Gableman told a group of Republicans this month that a revolution against government officials over the 2020 election has become necessary but said people have become too comfortable to water the “tree of liberty” with blood.

“For the first time in my life I am beginning to wonder if America’s best days are behind us,” Gableman said Sept. 9 at a dinner hosted by the Republican Party of Outagamie County, according to audio released by liberal activist Lauren Windsor.

Gableman, who was hired to probe the 2020 election by Assembly Speaker Robin Vos in 2021, was fired earlier this summer after producing no evidence that called the result into question.

“Our comfort is holding us back from taking the action that is necessary,” he said at the dinner. “The greatest challenge of our poor in this country is not lack of food, it’s obesity. It’s a beautiful world. But it’s that very comfort that is keeping us from what our founders knew to be the only way to keep an honest government, which is revolution.

“Thomas Jefferson said that the tree of liberty must be watered by the blood of revolution in every generation. I don’t think that’s going to happen.”

Gableman has been paid by taxpayers for more than two decades to enforce laws. He was paid more than $100,000 and spent more than $1 million of taxpayer money during his election review.

State Rep. Mark Spreitzer, a ranking Democrat on the Assembly elections committee who has sparred with Gableman over his probe, said Gableman has demonstrated that he is driven by anger and has wanted approval of “far right extremists” since the beginning.

“Now that he has lost his taxpayer-funded sham investigation, he’s stepping up his violent rhetoric even more,” Spreitzer said. “This kind of violent rhetoric sadly isn’t surprising, but it is still deeply disturbing and absolutely wrong. Either Mike Gableman failed to learn the lessons of January 6th or he is actively supporting yet another attempt to violently overthrow our government.”

Gableman, Michaels have support of DonaldTrump

Gableman and Michels are backed by former President Donald Trump and have promoted Trump’s false claims about widespread voter fraud and irregularities manipulating the outcome of the 2020 election. Both have said they are open to the idea of decertifying the election outcome. Toney has agreed with constitutional experts that certification is impossible and illegal.

Trump lost to President Joe Biden in Wisconsin by about 21,000 votes. Two recounts paid for by Trump, nonpartisan state audits, judges and a study conducted by the conservative Wisconsin Institute for Law and Liberty have confirmed the election result.

But Gableman was hired by Vos in 2021 to probe the election anyway. At the time, Trump was pushing Vos to do more to question the election result.

The assignment catapulted Gableman to a national profile among election deniers and conspiracy theorists. Gableman also was asked to perform the invocation at a rally held by Trump in Waukesha in August for Michels.

In his remarks to the Outagamie Republicans, Gableman paraphrased a letter Jefferson wrote a few years after the conclusion of the American Revolutionary War.

“What country before ever existed a century and half without a rebellion? And what country can preserve its liberties if their rulers are not warned from time to time that their people preserve the spirit of resistance? Let them take arms,” Jefferson wrote.

“The remedy is to set them right as to facts, pardon and pacify them. What signify a few lives lost in a century or two? The tree of liberty must be refreshed from time to time with the blood of patriots and tyrants. It is its natural manure.”

You can find out who your legislators are and how to contact them here.

Our subscribers make this reporting possible. Please consider supporting local journalism by subscribing to the Journal Sentinel at jsonline.com/deal.

DOWNLOAD THE APP: Get the latest news, sports and more