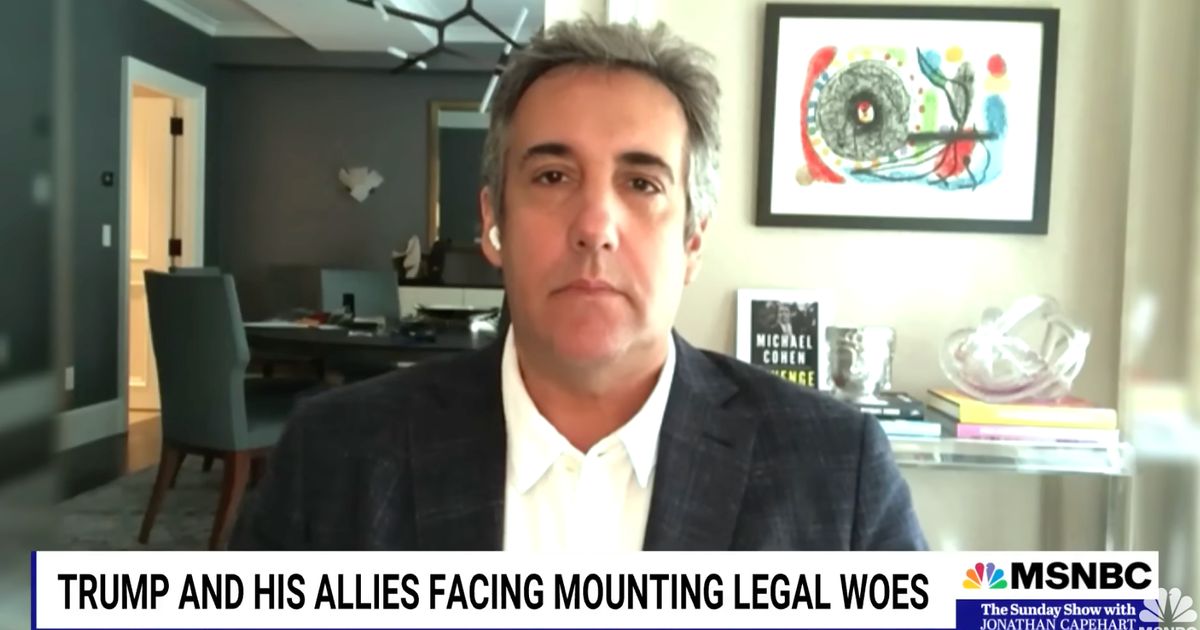 Michael Cohen predicted Sunday that many of former President Donald Trump’s allies will soon flip on him as multiple investigations close in on his business dealings and efforts to interfere in the 2020 election.

“There’s going to be so much flipping, it’s going to be like watching a gymnastics event,” Trump’s former personal attorney and fixer said.

“Every single person is going to ― they all know what happened to me. None of them want to go to prison.”

Cohen was reacting to news that former Vice President Mike Pence has said he would consider testifying before the House Jan. 6 committee in its September hearings.

It comes as Allen Weisselberg, chief financial officer of the Trump Organization, reached a plea deal with Manhattan prosecutors investigating an alleged tax fraud scheme within Trump’s real estate business. The deal requires him to testify in the trial against the company.

Meanwhile, Trump’s former personal attorney, Rudy Giuliani, faced questioning last week before a special grand jury in Atlanta as a target of a probe into his and Trump’s attempts to overturn Trump’s 2020 election loss in Georgia.

“The guy’s 75 years old. You think he wants to spend the next 15 years in Rikers Island?” Cohen said of Weisselberg.

“But what I see is that the judge did a very smart thing. He’s not sentencing Weisselberg until after the Trump Organization hearing, meaning: they’re going to ask him very specific questions [about the scheme]” he continued.

″‘Who else was involved? Let me ask you the question specifically: Was Donald Trump involved in the process at all?’ And if he says no, rest assured they already know he would be lying. And that would end the agreement.”

As for Giuliani, Cohen suggested he’s just another piece in the puzzle that will ultimately take Trump down.

“It’s not just Giuliani. It’s everybody,” he said. “Understand that the way Donald Trump behaves ― and I’ve used this statement many times before ― he acts like a mob boss. So there’s an entire, we’ll call it ‘family,’ underneath it.

“You have your capos. You have your soldiers. Every single person involved will be able to provide additional testimony that is going to sink not just the Trump Organization, but its eponymous leader, the führer himself.”

He was released in November after his time was reduced for good behavior. He served the last year and a half of his sentence in home confinement.