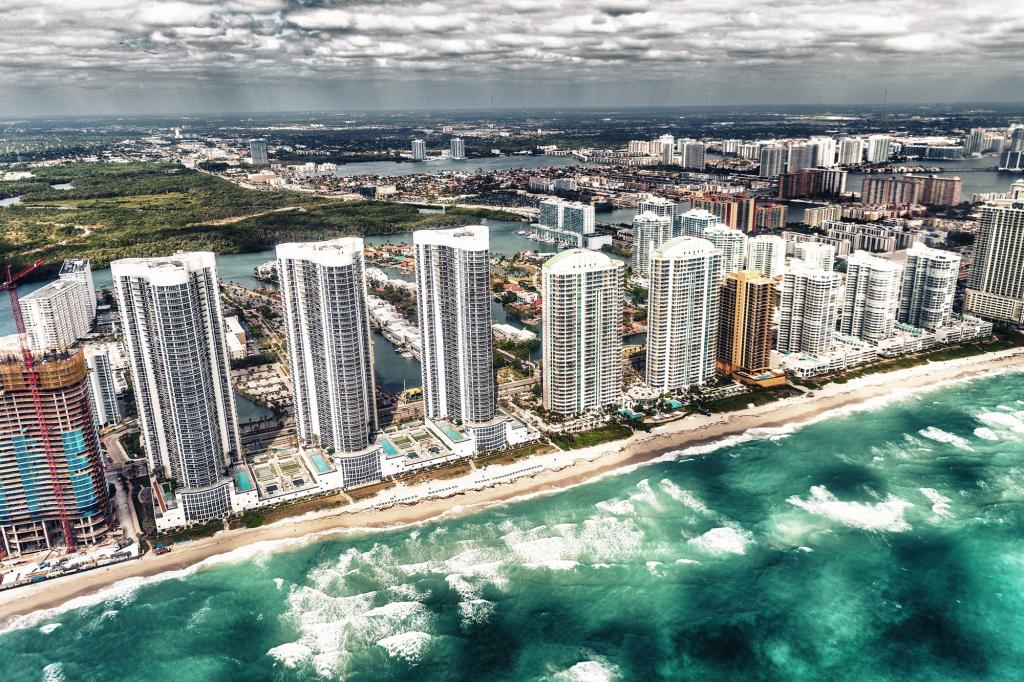 The cost of renting an apartment in Miami is soaring — and locals are pointing the finger at newly arrived New Yorkers who flocked south for Florida’s sunshine and its low taxes.

A new survey by Realtor.com found that rents for Miami-area apartments have risen 58% since March 2020 — the fastest rate for any major US metropolitan area.

Landlords in some of Miami’s luxury apartments have doubled the rent from last year, real estate agents told The Post.

Craig Studnicky, a Jersey Shore transplant who owns a condo on Sunny Isles Beach and who is now CEO of luxury real estate firm ISG World, said that “thousands” of New Yorkers have moved south in the last two years.

“It was all a reaction to COVID,” Studnicky told The Post. “COVID was the catalyst that pushed so many people out of their quandary.”

Studnicky said that as New Yorkers arrived, most of them decided that they would initially rent “because they weren’t sure which neighborhood of Miami” they wanted to buy a home in.

“A lot of these people chose to rent, but we didn’t have so much supply,” he said.

New Yorkers who relocate to South Florida generally work in tech or finance. Those who don’t buy properties on Miami Beach choose to rent in attractive areas like downtown, particularly in the “core” neighborhoods of Brickell, Edgewater, and Wynwood.

“Miami has been calling for New York to come down and they got their wish for COVID,” Cody Vichinsky, the co-founder of Bespoke Real Estate, told The Post.

He said that a greater number of “high-end, affluent” New Yorkers are putting down roots in the Miami area. That includes paying premium prices to rent condos, since they still save given the other offsets that Florida offers in terms of cost of living and lower taxes.

“There’s an incentive for a lot of New Yorkers to be in South Florida in a more meaningful way than they have in the past,” Vichinsky said.

“It’s not just a fleeting snowbird season, and because of that people are more comfortable spending more money there.”

Several locals told The Wall Street Journal that New Yorkers were primarily to blame for the surging rents. But real estate agents and transplants from the tri-state area who spoke to The Post said the story is more complicated.

The combination of record lows in inventory — exacerbated by hyperinflation and the surging costs of construction — and the rising demand to live in an area with warm weather year-round have left locals in a lurch.

Real estate agents note that there are also plenty of California transplants who have relocated to South Florida.

Ari Goldberg, founder and CEO of realtor RLBLC, told The Post: “You don’t want people to get priced out of neighborhoods, but I’d be very curious to hear the people complaining about the rise in rent also complain about the rise in income or quality of people that are coming.”

Miami has become an attractive destination, he said, because the city has a business infrastructure that confers upon it a status as a “gateway for capital from Latin America.”

He said the influx of people who have moved to Miami enjoy the revitalized restaurant scene and art scene.

“As someone who’s in Miami, Miami is having a moment right now,” he said.