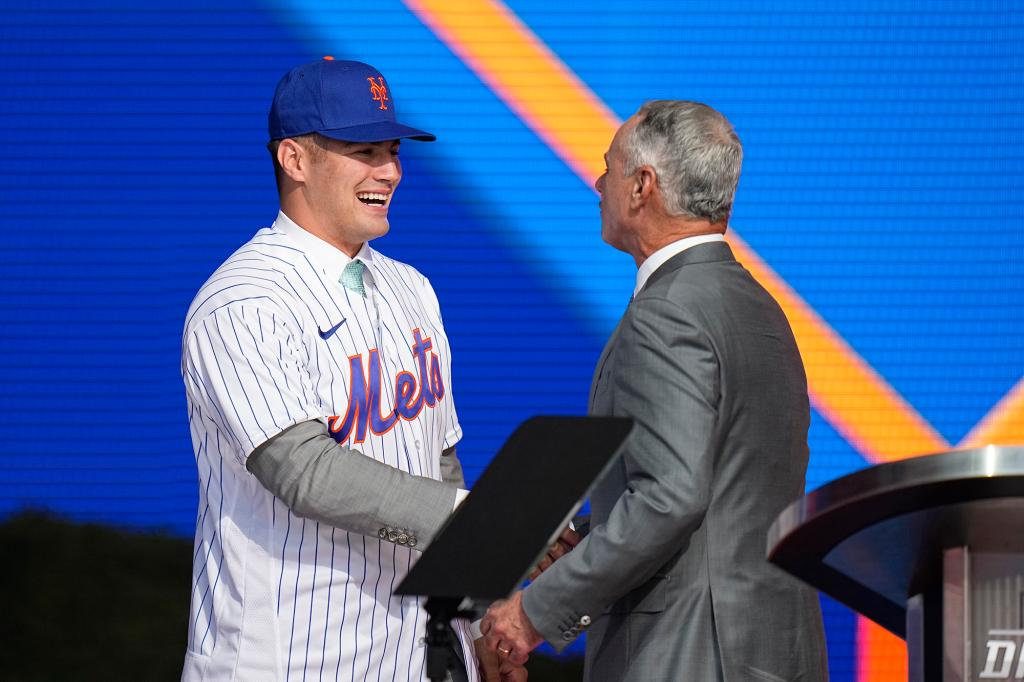 LOS ANGELES — As long as they can do what they were unable to last year, the Mets injected some more talent and youth to their farm system on Sunday.

With two of the top 14 picks in the MLB draft — the first one because they did not sign the No. 10 pick, Kumar Rocker, last year — the Mets selected Georgia Tech catcher Kevin Parada with the 11th pick and high school shortstop Jett Williams at No. 14.

“I grew up watching Buster Posey and J.T. Realmuto,” said Parada, who attended the draft that was held 20 minutes away from his hometown of Pasadena, Calif. “They’re obviously doing it at the highest level and the best way possible. So that’s my goal is to be just like them one day.”

Parada plays the same position as the Mets’ top prospect, Francisco Alvarez, but there is a long way to go before they could potentially cross paths — and it would be a great problem to have for the organization down the road.

“I want to win,” Parada said when asked to describe himself as a player. “I’m a leader, I can hit, and my hope and goal is to win ballgames.”

Parada was not drafted out of high school but went to Georgia Tech, which has a strong pipeline of catchers to the big leagues — including former first-round picks Jason Varitek, Matt Wieters and Joey Bart.

The 18-year-old Williams — ranked the No. 21 draft prospect by MLB.com, No. 14 by ESPN and No. 11 by The Athletic — was committed to Mississippi State but the Mets will look to make sure he never gets there.

Williams, who stands at 5-8 and 175 pounds, is known for his right-handed swing, contact skills and speed.

“I feel like I play the game the right way,” Williams said on a Zoom call. “Play it hard. Play with a little bit of a chip on my shoulder, just knowing that I’m kind of an undersized guy. I feel like I always kind of have to prove everybody wrong. Kind of just doing the little things right — running out ground balls, running out fly balls. I feel like my hitting is really, really good. I have really good plate discipline and bat-to-ball skills. I’m ready to get to work.”

“Seeing them do it makes me have a lot of hope,” said Williams, who hails from Texas but lived on Long Island when he was between 2 and 4 years old while his dad went to medical school at Stony Brook. “I feel like I play with a lot of confidence. I feel like I can be a big-time player in New York.”

Assuming the Mets are able to sign them, Parada and Williams should deliver some much-needed replenishment to the organization’s farm system. While the team currently boasts four prospects on MLB.com’s Top 100 list, the Mets have a top-heavy system and three of their last four first-round picks are not in the organization.

Rocker (2021) went unsigned, outfielder Pete Crow-Armstrong (2020) was dealt to the Cubs for two months of Javier Baez and outfielder Jarred Kelenic (2018) went to the Mariners in the Edwin Diaz-Robinson Cano blockbuster.

Because of the additional first-round pick this year, the Mets had the third-highest bonus pool in the draft with $13,955,700 at their disposal, allowing them extra flexibility especially with five picks in the first 90 selections.