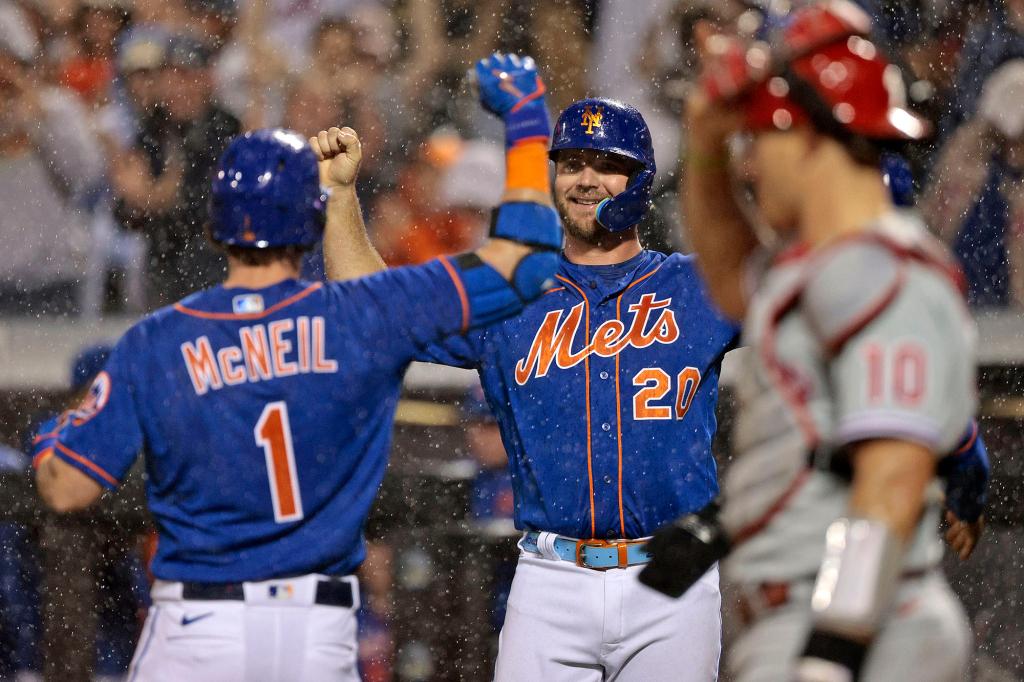 Almost one-third of the season is finished, the fog and cold of spring has lifted and teams generally have a good sense of who they are and where they could be headed.

The Mets entered Sunday with an 8 ½-game lead in the NL East, the largest division advantage of any MLB team. It was also the Mets’ largest lead of the season. It’s a team that has been in first place for all but one day this season. The positive signs are plentiful.

And yet the Mets also understand there’s way too much baseball ahead to believe anything has been settled.

“It’s going to be a dogfight until the end for sure,” Pete Alonso said before the Mets faced the Phillies in Sunday night’s series finale at Citi Field. “Every game matters, but we have the talent to be able to run away with it. We just need to hold on and hold on tightly and not let it go.”

For a point of comparison, the Mets entered last Memorial Day leading the NL East by four games. They held that division lead into early August, before a confluence of injuries and underperformance finally caught up with a team that finished 77-85.

The difference this season is the potential for improvement just based on the possibility of aces Jacob deGrom and Max Scherzer being healthy for the second half. So these next six weeks might hold the key to the season.

“We’re all stubborn,” manager Buck Showalter said. “We always think we’re a week away from just looking at it through a whole different look, good and bad. I’ve been on an expansion team where we are just trying to keep from losing 100, but there were periods through that season where I am going, ‘Man, we may not lose another game.’

“And then I have been on teams that have won 100 games and there were periods like, ‘We may not win another game.’ It kind of jolts you into reality about the ebb and flow of a season. You are never as good or bad as sometimes the game will make you feel.”

A significant test will begin later this week, when the Mets head to the West Coast for 10 games against the Dodgers, Padres and Angels, all of whom have playoff-caliber teams. The next healthy dose of NL East competition won’t come until July. By then, teams such as the Braves and Phillies that have struggled might appear more formidable.

“This is a hell of a division and even though you have teams that don’t necessarily show it record-wise, if you look at the type of players and type of talent in this division, this is a really hard division to succeed in,” Alonso said. “I wouldn’t be surprised if a couple of months from now you have teams well over .500 and competing, so that is kind of where we’re at right now. But if you look at other teams, especially the Phillies, they have real good starters, they have an excellent offensive lineup and they haven’t played their best ball yet.”

The Mets were 31-17 entering Sunday — the team’s best record after 48 games since 2007. But just the mention of that season offers a reminder nothing is a lock: a September swoon of epic proportions prevented the Mets from reaching the postseason.

Francisco Lindor said the “vibe” he has received from this year’s team tells him the Mets are for real.

“We’re all professionals,” Lindor said. “I don’t worry about [Eduardo] Escobar’s job. I worry about my job, he worries about his job and we go out there and try to get it done. At the end of the day he’s pulling for me and I’m pulling for him, and that goes for every locker around here.”