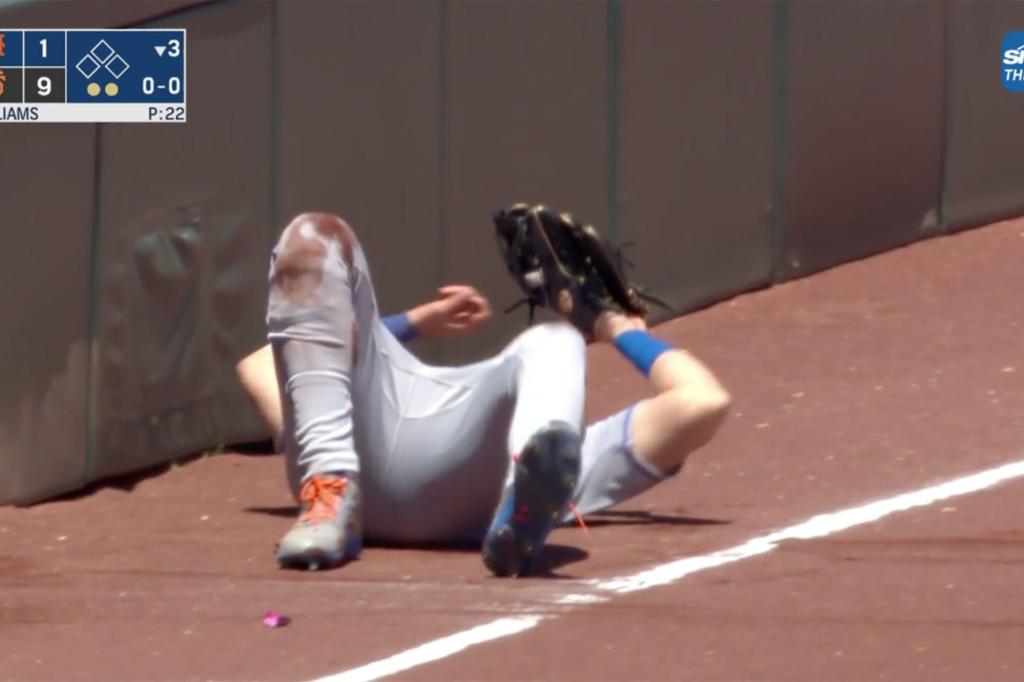 The Flying Squirrel took one for the team on Wednesday at Oracle Park in San Francisco.

Mets left fielder Jeff McNeil appeared shaken up after chasing down a third-inning fly ball off the bat of the Giants’ Donovan Walton, crashing into the wall along the third base line.

McNeil appeared to slam his knee and face into the wall — leaving rips in the fabric — but initially stayed in the game after being checked out by Mets trainers. Teammates offered high-fives to the versatile fielder as he entered the dugout at the end of the inning. The 30-year-old was ultimately pulled for pinch-hitter Travis Jankowski in the fourth inning.

It was a rare early highlight in the game, with the Mets down 9-1 early after three innings.

The afternoon tilt is the final game of the three-game series with the Mets and Giants splitting the first two. The Mets, who erased a six-run deficit to take the lead Tuesday night but still lost 13-12, head back to Citi Field for a three-game series against the Phillies beginning Friday night.