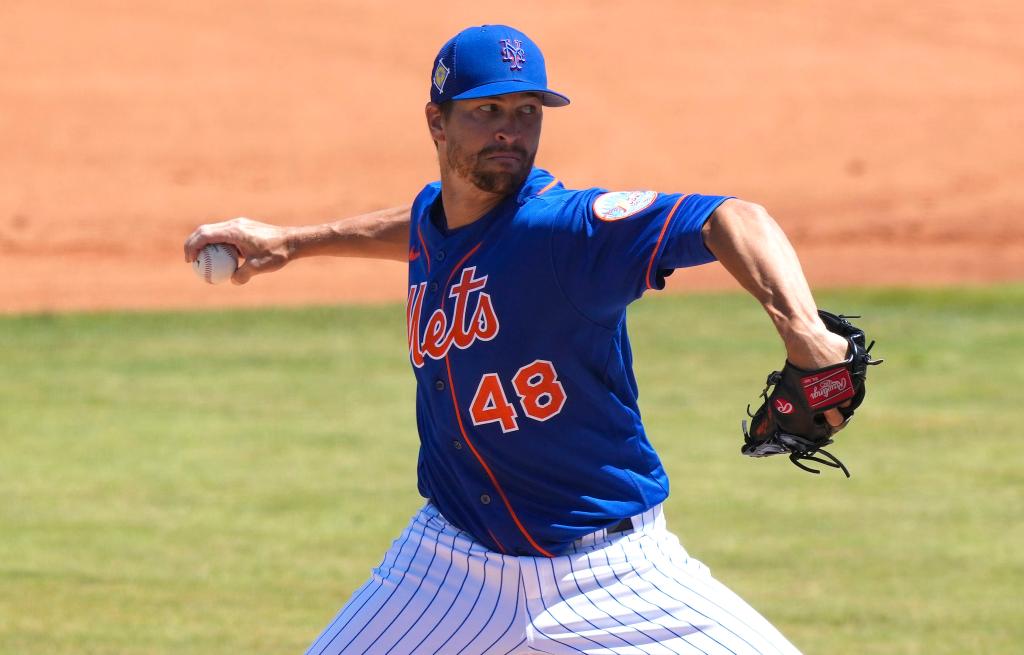 The Mets’ ace took a positive step in his rehab recently, according to general manager Billy Eppler, by starting to throw and extending to 60 feet at light intensity. DeGrom was shut down from throwing on April 1 after tests revealed a stress reaction in his right scapula.

After he returned from the All-Star break last season with right forearm discomfort, deGrom was placed on the disabled list. DeGrom last pitched on July 7, and though he resumed throwing late in the season, he was shut down with the Mets out of playoff contention.

He pitched twice this spring before incurring the scapula discomfort. On Tuesday, he was moved to the 60-day injured list to clear space on the 40-man roster. That transfer is backdated to his original IL stint, leaving deGrom eligible for removal on June 6, but it’s clear he won’t be ready that soon.

Sean Reid-Foley, who last week was diagnosed with a torn ulnar collateral ligament, will have Tommy John surgery on Wednesday. The right-hander likely won’t be in a position to return until after the All-Star break next year.

The Mets claimed pitcher Locke St. John off waivers. St. John, a 29-year-old left-hander, was designated for assignment on May 3 by the Cubs. St. John appeared in seven games for the Rangers in 2019 and posted a 5.40 ERA.

Starling Marte, who went 0-for-5 in the Mets’ 4-2 win over the Nationals on Tuesday night, received another hit without swinging the bat: MLB ruled that an error charged to the Braves’ Charlie Morton in Game 1 of a doubleheader last Tuesday was actually a single.