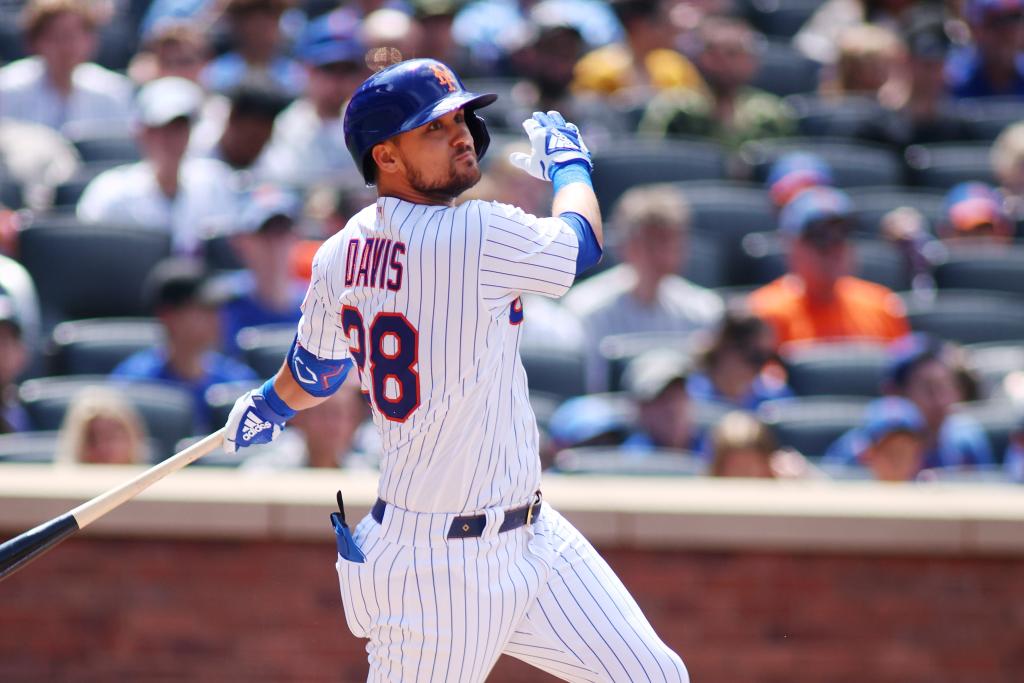 SAN FRANCISCO — J.D. Davis is trying to attack his slump in the manner that has served him best over the years: with extra work.

On Monday the struggling Mets DH said in a recent three-day stretch he took about 600 swings in the cage, in an attempt to regain his feel. Asked if that number of swings was hyperbole or accurate, Davis indicated the latter. Davis said he normally would have taken about half as many.

“Even the analytical person came over and told me to stop taking so many swings, so I am trying,” Davis said before the Mets face the Giants at Oracle Park.

Davis entered play with a .188/.296/.290 slash line with one homer and seven RBIs in 69 at-bats. Davis has largely shared playing time recently with Dominic Smith, who is also scuffling. Davis admitted it’s been a slog psychologically. It’s been of little consolation to Davis that his 61.7 percent hard-hit ball rate is among MLB’s highest.

“A little bit of frustration and trying to do too much,” he said. “When your numbers aren’t good enough, you just try.”

But Davis also knows there is still plenty of time for a turnaround.

“[Sunday] I looked up at the scoreboard and I only had 60-something ABs,” Davis said. “Pete [Alonso] was in the 160s. There’s times I try to tell myself not to do too much because I am still a little behind on the at-bats, but at the same time I am my biggest critic when I throw away an at-bat.”

Buck Showalter indicated he received a positive report on Tylor Megill after a throwing session Monday. The right-hander has spent the last 1 ½ weeks on the injured list with biceps inflammation and will likely need a minor league rehab appearance before he can rejoin the active roster, but that timetable has not been established.