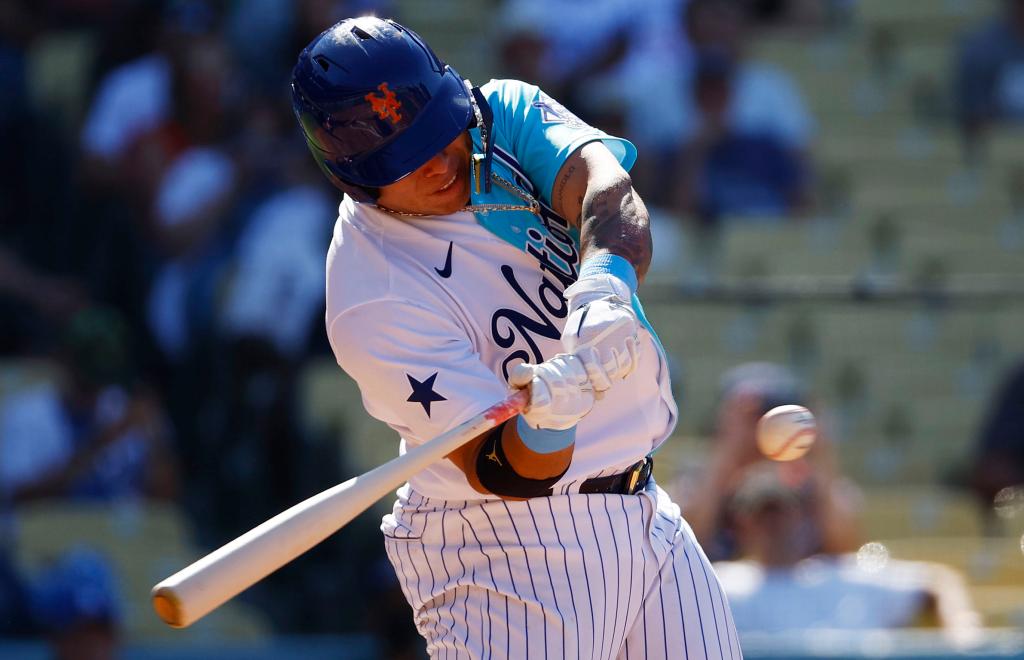 Triple-A catcher Francisco Alvarez, the No. 1-rated prospect in baseball, has been dealing with an ankle injury and will undergo testing in New York in the coming days before it is determined how much time he will be sidelined.

The 20-year-old Alvarez has been evaluated previously and the Mets don’t believe it’s anything serious, but it’s possible the organization will take a cautious approach and sit him for the remainder of the season.

Alvarez has belted 24 home runs with an .859 OPS in 99 games with Double-A Binghamton and Triple-A Syracuse this season. But he only was batting .180 in 111 at-bats since his promotion last month before suffering the ankle injury on Tuesday.

Buck Showalter indicated he envisions having room for both third basemen to play down the stretch, likely with the lefty-swinging Baty getting some at-bats against right-handed pitching and the switch-hitting Escobar in the lineup from the right side against lefties.

“[Escobar] is playing tonight, he’s playing third base, and we’ll see how he feels and how it goes,” Showalter said before Saturday’s 3-0 win over Colorado. “We’ll try to get him going a little bit. But we like what Brett’s doing. And there’s a scenario where we’ll try to take care of both of their skill sets.”

The 22-year-old Baty ripped the first Citi Field home run of his career in Friday’s 7-6 comeback victory over the Rockies, marking the first time he went deep since his initial big-league plate appearance on Aug. 17 in Atlanta. Escobar, who had suffered a left oblique strain the previous day, played Thursday and Friday night for Single-A Brooklyn, getting multiple at-bats from both sides of the plate.

Showalter added that Luis Guillorme’s eventual return from a groin strain also could impact his third-base rotation “down the road, and hopefully sooner than later.”

Carlos Carrasco (left oblique strain) will throw a simulated game at Citi Field on Monday’s off day, Showalter said, before a decision is made on a potential rehab assignment. … The Mets optioned Connor Grey to Syracuse and designated infielder Yolmer Sanchez for assignment.