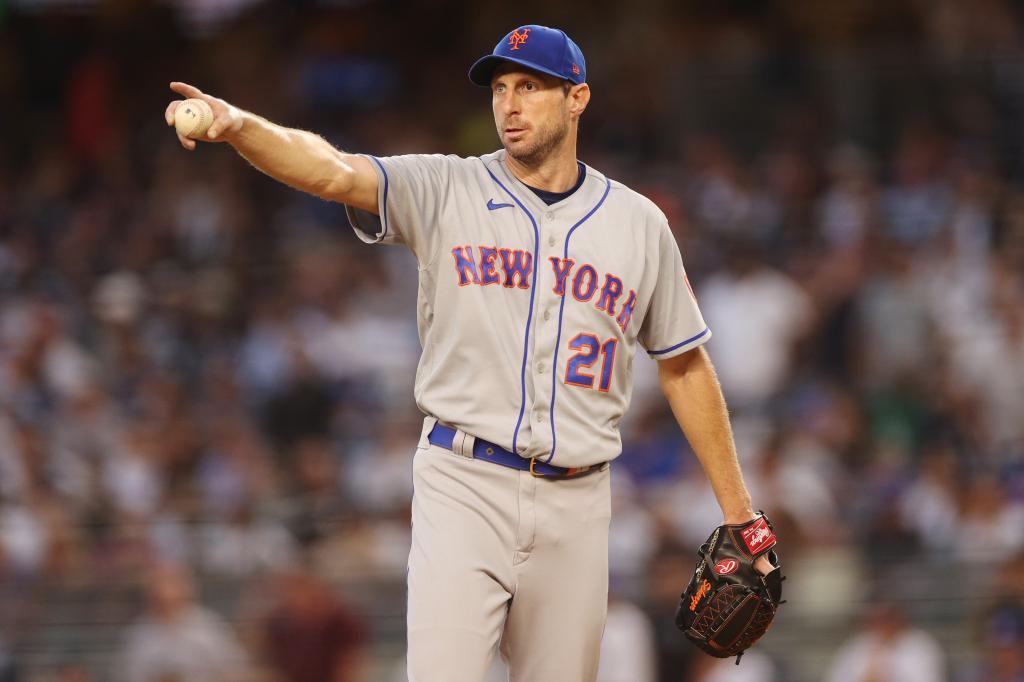 The Mets have largely tried to take their season one series at a time, not making too much out of any one matchup.

But this is not just another series.

The Dodgers are coming to town for a three-game showdown beginning Tuesday at Citi Field, pitting the teams with the two best records in the National League against each other in a potential playoff preview.

“It matters,” Max Scherzer said after pitching Sunday, meaning he will again miss out on facing his former team for the second time this season. “They’ve obviously had a great season so far in what they’ve been able to do. You play this game to face the best. Obviously they’ve been one of the best teams in all of baseball. For them to come into town, you want to beat them. It’s a great opportunity for us, a great challenge for us, to go out there and face them.”

The Dodgers are 43-10 since June 29, having lost back-to-back games only once during that stretch (to the Nationals on July 25-26), as they try to run away with the best record in baseball. Their run differential after defeating the Marlins 3-2 on Monday is plus-286, nearly 100 runs better than the next-best team (Yankees, plus-194 entering Monday)

If the Mets hang on to win the NL East, a potential postseason matchup against the Dodgers would not come until the NLCS. If the Braves catch them for the division, the Mets could end up facing the Dodgers in the NLDS.

“I think it’s going to be good, it’s going to be fun,” said Taijuan Walker, who will square off against ex-Yankee Andrew Heaney on Tuesday night. “Obviously a playoff team, a team that we could probably see in the playoffs. So it’s going to be a good matchup. We’re ready for it. We’re ready to face any team, no matter who it is. We go out there and handle our business and do what we do.”

The Mets will follow Walker with Jacob deGrom and Chris Bassitt while the Dodgers are in line to counter with Tyler Anderson and Dustin May or Clayton Kershaw. While Kershaw is set to come off the IL this week, the Dodgers are only breaking even as All-Star right-hander Tony Gonsolin landed on the IL on Monday with a forearm strain.

Still, the Dodgers figure to provide the Mets a stiff test. In addition to a strong pitching staff — its 2.84 ERA entering Monday led MLB, thanks in large part to its rotation — the Dodgers offer a dangerous lineup, led by a top three of Mookie Betts, Trea Turner and Freddie Freeman.

“It’s a deep lineup,” Walker said. “They got hitters that do a bunch of different things. They got power, they put the ball in play, see pitches, [draw] walks, they got speed. I think they just do a lot of different things really well and that’s what makes them a good team.”

When the teams faced off in Los Angeles during the first week of June, they split a four-game series with the Dodgers winning the first two (as Gonsolin and Anderson combined for 12 shutout innings) before the Mets broke out their bats to take the next two, including a 10-inning thriller in the finale.

This series, though, comes much closer to October, allowing fans to envision a potential postseason matchup.

“It’s one of the best teams in baseball,” manager Buck Showalter said. “It’ll be a good series for the fans. We don’t look forward to it necessarily; what you look forward to is the competition of facing a really good team.”