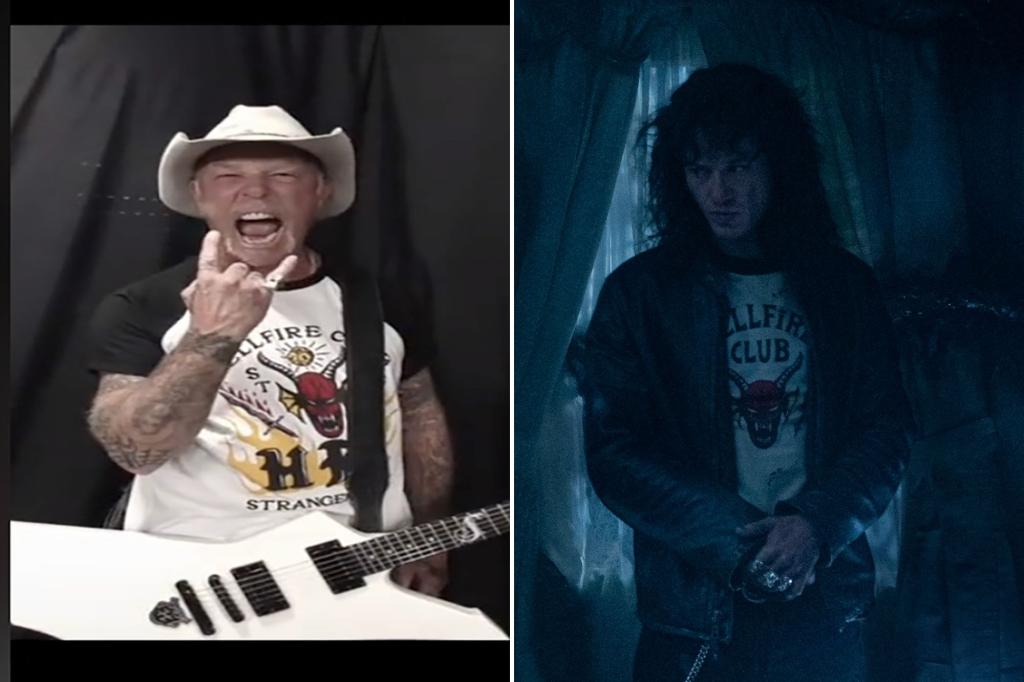 Talk about some face-melting metal!

Metallica had a hardcore response to the “Stranger Things” season 4 finale, and fans on social media are loving it.

On Friday, the heavy metal band — whose albums dominated the charts in the 1980s — gave “Stranger Things” fans something to pound their heads to on TikTok.

Metallica bandmates James Hetfield, Lars Ulrich, Kirk Hammett, and Robert Trujillo posted a TikTok video rocking out to the “Master of Puppets” scene with the caption “Eddie, this is for you!”

If that wasn’t enough of a treat in itself, the band was rocking the show’s iconic “Hell Fire Club” T-shirts while thrashing out.

Since the video was posted to TikTok it has already reached 2 million views and is closing in on 1.5 million likes.

While in the show Eddie Munson (Joseph Quinn) saves the day with an amazingly well-produced, thrashing tribute to the critically acclaimed song.

Metallica seemingly has done so as well with their TikTok duet.

It was something the world didn’t know it needed but is much appreciated.

One can only hope that Kate Bush follows suit.

While the band has never really left the public eye, still selling out arenas worldwide, their song “Master of Puppets” off the 1986 album of the same name, has got a new lease on life with a younger generation. Toping the iTunes rock charts at No. 1 last week.

The album itself is a six-time platinum record, most recently in 2003.