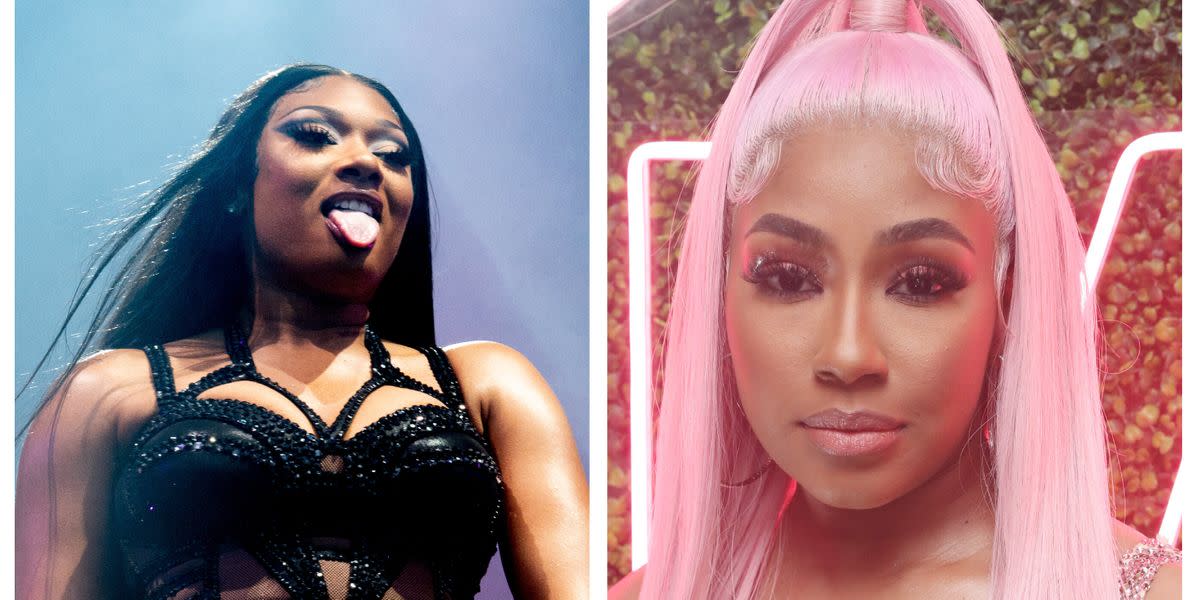 On Wednesday, Miami unveiled a sneak peek of an upcoming episode of the “Caresha Please” podcast, which showed the two rappers taking their already close relationship to the next level.

In the viral footage, the City Girls star asked Megan if she likes women, with the Houston artist replying: “I like what I like. I like you.”

Miami grinned and excitedly asked, “You want to fuck me?”

Megan confirmed that she would, prompting the pair to burst into laughter.

The host also asked who would be on top if they were to have sex. Megan didn’t hesitate to declare that she would take control.

The two discussed wanting to kiss each other, teasing that they would have even been intimate prior to hooking up with their men.

The rapper Diddy confirmed in June that he is dating Yung Miami, while Megan Thee Stallion is seeing Pardison Fontaine, another artist.

Megan and Miami haven’t held back about their adorable relationship in public.

Last month, the two gushed on social media about how much they love one another. Miami shared a clip on her Instagram story that showed the “Act Up” artist getting cozy with Megan, who had a firm grip on Miami’s rear end.

In the clip, the “Traumazine” rapper joked that Miami “very much has a girlfriend,” before identifying the lucky lady as herself.

Megan then said she was “upset” that her “girlfriend” was in another relationship, with Miami caressing her face as the two women giggled together.

Miami posted the July clip with the caption “My girlfriend love you @theestallion” — a reference to Megan’s Instagram handle.