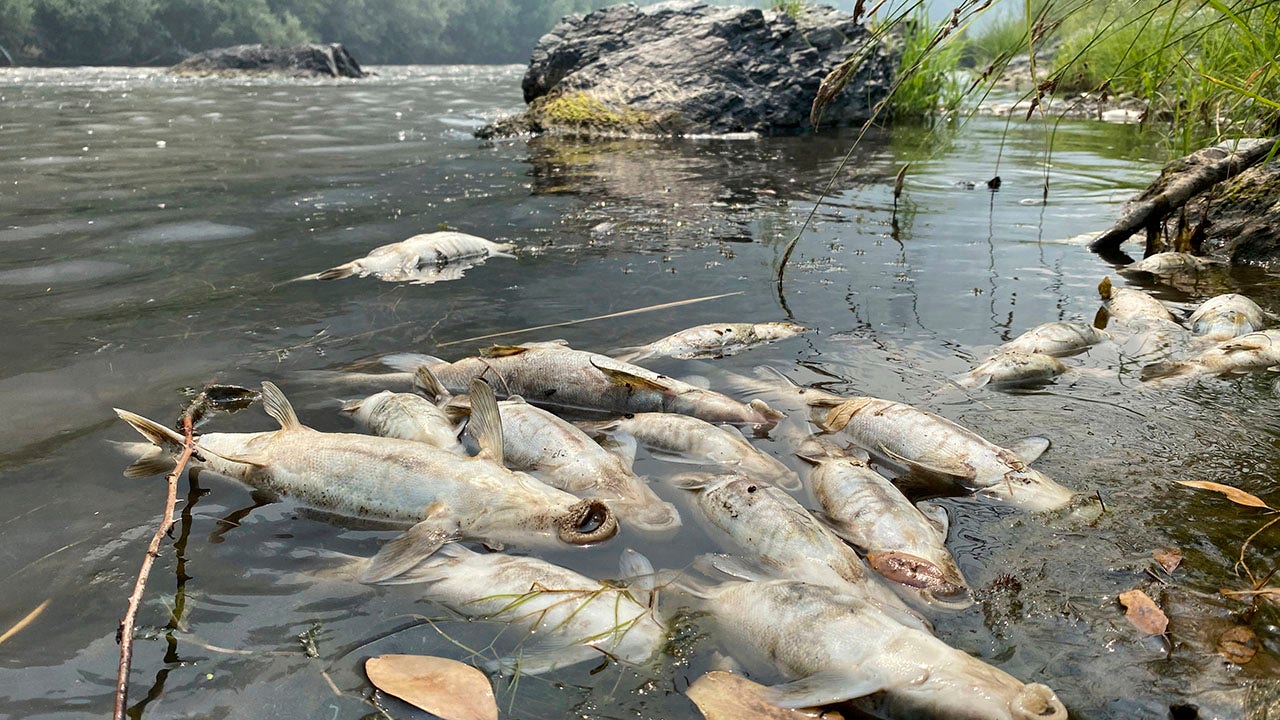 California’s McKinney Fire has burned more than 60,000 acres since it first ignited just south of the Oregon border late last month and is suspected of killing tens of thousands of fish in the Klamath River, officials said Saturday.

The Karuk Tribe said in a statement that multiple species of fish were found belly up Friday near Happy Camp, California, along the main stem of the Klamath River.

Tribal fisheries biologists believe a flash flood caused by heavy rains over the burn area caused a massive debris flow that entered the river at or near Humbug Creek and McKinney Creek, which dropped oxygen levels in the Klamath River to zero on Wednesday and Thursday nights, according to the tribe.

The tribe said it believes the impact area is limited to 10 or 20 miles of river.

The Karuk Tribe says the McKinney Fire burning in the area killed tens of thousands of fish because of a debris flow that made oxygen levels in the river plummet.
(Karuk Tribe Department of Natural Resources via AP)

Photos from the Karuk taken about 20 miles downstream from the flash flood in the tributary of Seiad Creek showed several dozen dead fish floating amid sticks and other debris in thick, brown water along the river bank.

The blaze erupted on July 29 and has become one of California’s largest wildfires, burning more than 90 square miles in the Klamath National Forest. Gusting winds brought on by thunderstorms stoked the fire’s rapid spread.

The fire has destroyed more than 100 buildings, including residences, and killed four people. Three of the four victims were allegedly from Klamath River, a scenic town of 200 people.

The fire was 40% contained as of Saturday night. More than 3,500 fire personnel were involved in battling the blaze.