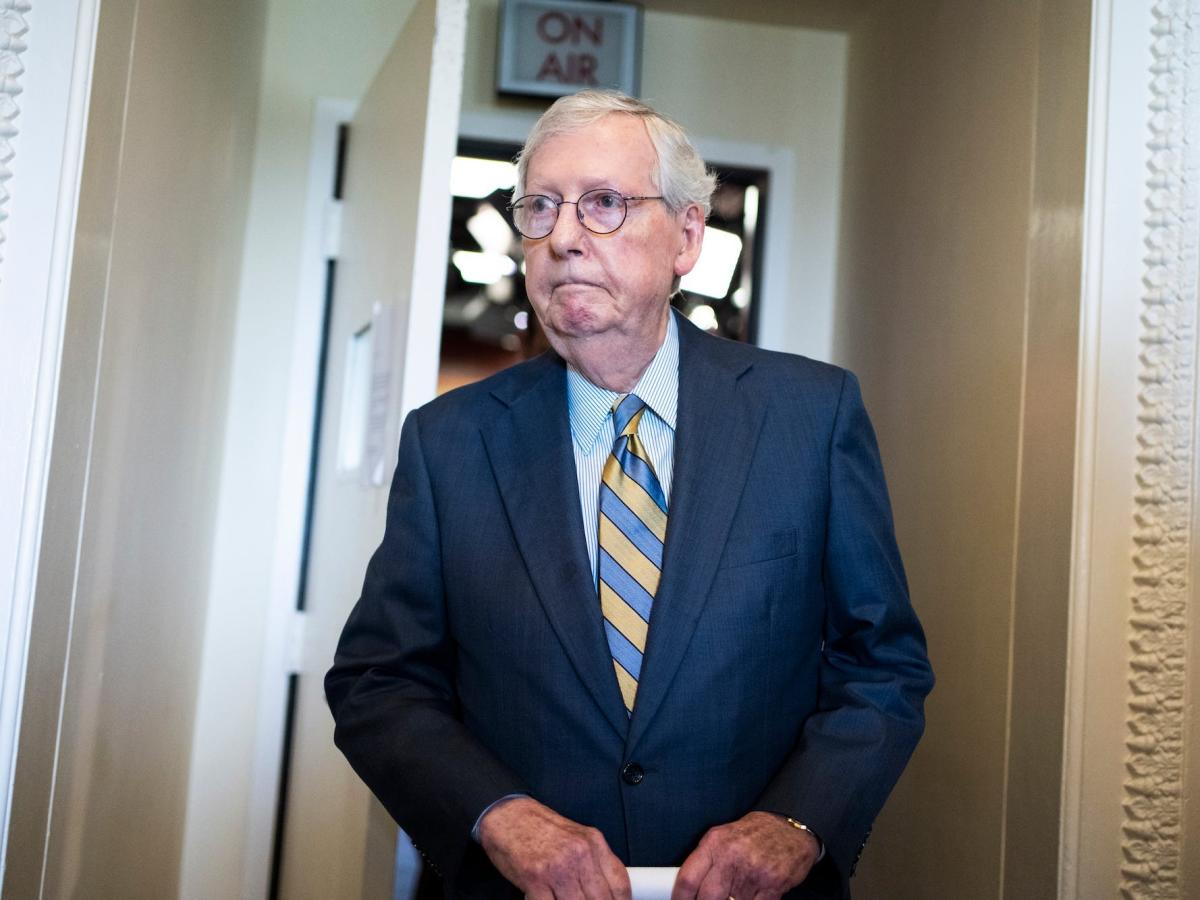 Senate Minority Leader Mitch McConnell on Thursday offered a meager forecast of his party’s chances of flipping the Senate this November as Republican nominees in key races struggle to catch up to their opponents.

“I think there’s probably a greater likelihood the House flips than the Senate,” McConnell said in Kentucky, per NBC News’s Frank Thorp V. “Senate races are just different, they’re statewide, candidate quality has a lot to do with the outcome.”

McConnell’s outlook comes as GOP nominees in the nation’s most closely contested states struggle to keep up.

Related video: Trump voters explain why they want him back

According to FiveThirtyEight, polls show Dr. Mehmet Oz trailing Pennsylvania Lt. Gov. John Fetterman, a seat the GOP is looking to hold. In another race to replace a retiring Republican, Rep. Tim Ryan is performing better than expected against author JD Vance in much more Republican Ohio. While in Georgia, incumbent Sen. Raphael Warnock is slightly ahead of former Heisman Trophy winner Herschel Walker.

The party’s current struggles are why multiple prognosticators now see Democrats as having some serious momentum. FiveThirtyEight currently has the party as slightly favored to hold on to their thin-as-can-be majority in a 50-50 Senate where Vice President Kamala Harris’ tie-breaking vote is the decisive factor.

This shift comes as President Joe Biden’s approval ratings remain underwater. A president’s party typically struggles in a midterm election year, which had Republicans giddy about their chances of retaking both houses. The worst inflation in over 40 years also signaled that November could be a GOP wave. But a series of recent policy wins has Democrats hoping that they can defy history.

A split in the House and Senate is rare but not unprecedented. Democrats rode a historic anti-Trump wave to the House majority in 2018 while actually losing ground in the Senate.