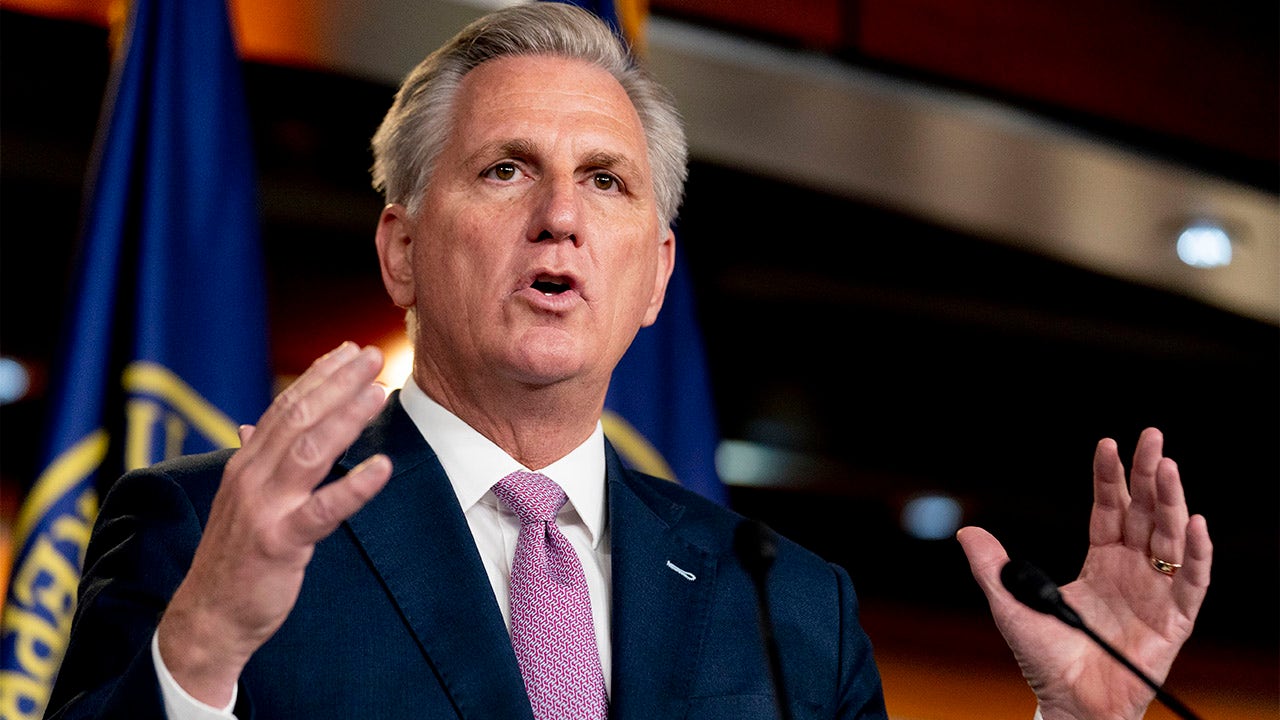 “Instead of trying to bring our country together to solve these challenges, President Biden has chosen to divide, demean, and disparage his fellow Americans – simply because they disagree with his policies,” McCarthy, R-Calif., said. “When the President speaks tonight at Independence Hall, the first lines out of his mouth should be to apologize for slandering tens of millions of Americans as ‘fascists.'”

The minority leader made the remarks at an event in Scranton, Pennsylvania, supporting Jim Bognet, a Republican nominee for Congress running against Rep. Matt Cartwright, D-Pa.

McCarthy added: “What Joe Biden doesn’t understand is that the soul of America is the tens of million so hardworking people, of loving families, of law-abiding citizens whom he vilified for simply wanting a stronger, safer and more prosperous country.”

The speech from McCarthy – who hopes to be elected as the speaker of the House after the midterms – comes as Republicans and Democrats jockey to frame the midterm elections around issues favorable to them. McCarthy chose to highlight inflation as a top concern for Americans.

President Biden is expected to attack “MAGA” Republicans for allegedly presenting a threat to democracy during a Thursday night speech.
(Chip Somodevilla/Getty Images)

President Biden will speak later Thursday night, also in Pennsylvania, and is expected to argue the November elections should be a referendum on former President Donald Trump and social issues like abortion.

“MAGA forces are determined to take this country backwards,” Biden is expected to say, according to an excerpt from his speech obtained by Fox News. “Backwards to an America where there is no right to choose, no right to privacy, no right to contraception, no right to marry who you love.”

McCarthy also railed against Biden and Democrats on a slew of other issues, including immigration, which Republicans also see as a winning issue ahead of the midterms.

Republican Leader Kevin McCarthy, R-Calif., is seeking to be the next speaker of the House if Republicans win the House majority in November.
(Fox News Digital/Jon Michael Raasch)

“Joe Biden, Nancy Pelosi, and the Democrat Congress have created the worst illegal immigration crisis in all of history,” McCarthy said. “They eliminated every successful policy put into place during the Trump Administration and adopted a policy of releasing illegal immigrants by the millions into the United States.”

Most experts expect Republicans to gain a majority in the House of Representatives, largely because of the poor economy and Biden’s low approval ratings. But Democrats in recent weeks have said they’re gaining momentum.

They cite outrage over abortion laws in GOP states, successful bills on gun control and taxation and spending, and a renewed focus on Trump as factors potentially helping them in the polls.