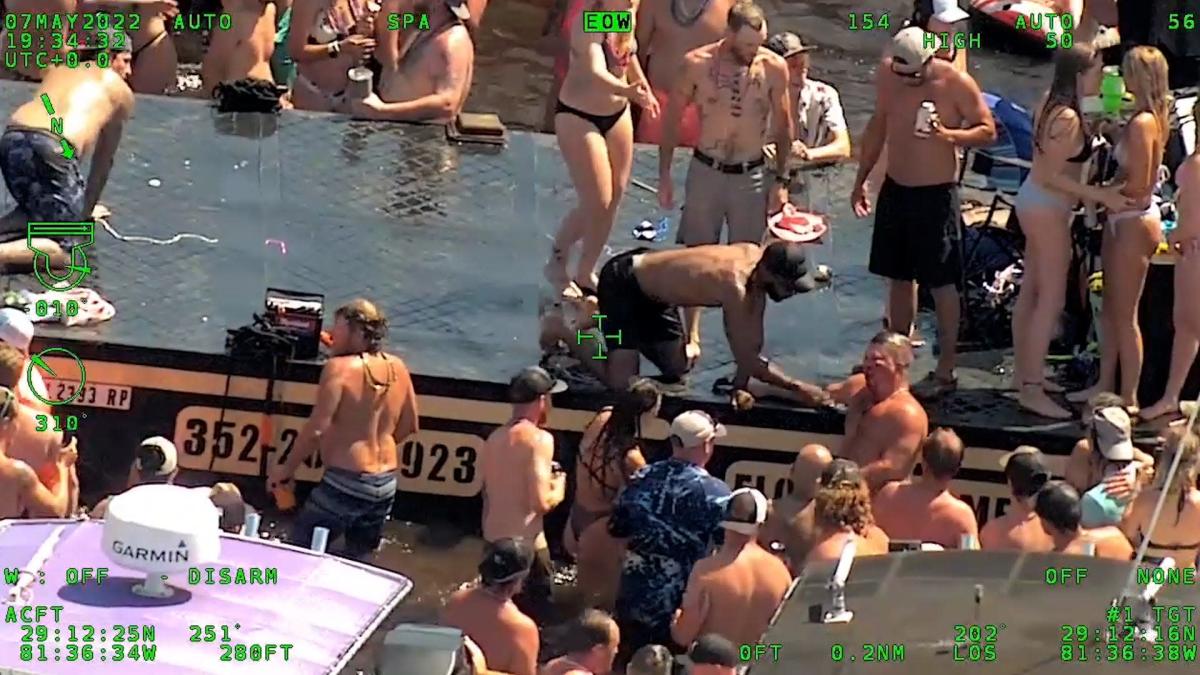 An annual event at Lake George in Florida lived up to its name – “Mayhem at Lake George” – after videos circulated online of brawls breaking out in the water.

Last weekend at the lake 40 miles west of Daytona, hundreds gathered – many on boats – to enjoy music and libations until the mayhem started.

“People are just out there to have a good time, but like anything else, when you have a huge concentration of people like this and you have alcohol involved, you do have some incidents,” Volusia County Sheriff Mike Chitwood told WESH 2, an Orlando-Daytona, Fla. NBC TV station.

A video posted to the sheriff’s office Facebook page show men punching each other in the face and tackling each other into the water near the DJ deck. One man was seriously injured, the Volusia County Sheriff’s Office told USA TODAY via email.

That man was transported by boat to land then airlifted to a nearby hospital. The sheriff’s office said they were following up on the incident and charges are pending.

What’s everyone talking about? Sign up for our trending newsletter to get the latest news of the day

According to the sheriff’s office, there were 38 boating citations, 108 warnings and five arrests – two for disorderly conduct and three for boating under the influence.