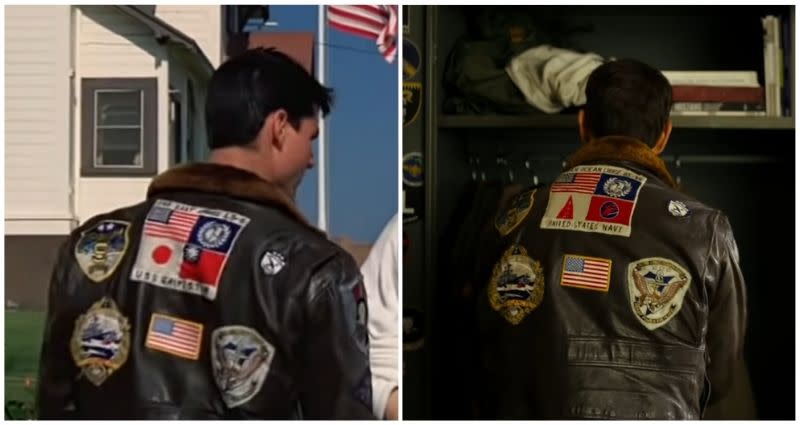 One of the changes previously made to “Top Gun: Maverick” to allegedly appease Chinese censors has been reversed, which means it may miss out on screening in the world’s largest box office.

Taiwanese and Japanese flags, emblazoned on the bomber jacket worn by Tom Cruise’s character Pete “Maverick” Mitchell in the original 1986 film, were seen replaced with original designs using similar color palettes in the 2019 previews for its sequel.

Seen as a representation of Taiwan’s independence, the Taiwanese flag is considered an affront to China, who lays claim over the territory. Earlier reports suggested its removal may have been an attempt to appeal to Chinese censors, notorious for banning any Hollywood films that suggest any themes that misalign with their politics.

Initially slated for a summer 2019 release, the film faced initial delays due to production issues, followed by the COVID-19 pandemic. During the delays, a greater percentage of domestically produced films comprised the top of China’s box offices, leaving producers of “Top Gun” less inclined to appeal to the Chinese market.

Even without the controversial flags, the film would have faced several obstacles for screening in the country, as the Chinese government only allows theaters to air 34 foreign films each year.

A Taiwanese outlet reported that local moviegoers cheered at the sight of their flag and continued to applaud throughout the film.

The move could signal a change in tactics from some Hollywood executives, who may no longer be interested in complying with China’s rigorous censorship in exchange for access to the world’s largest box office market.

“Hollywood is now pushing back,” former movie executive Chris Fenton told Bloomberg. “The market is simply not worth the aggravation anymore in attempting to please Chinese censors.”

More from NextShark: Luna to make her Broadway debut in new musical ‘KPOP’ this fall