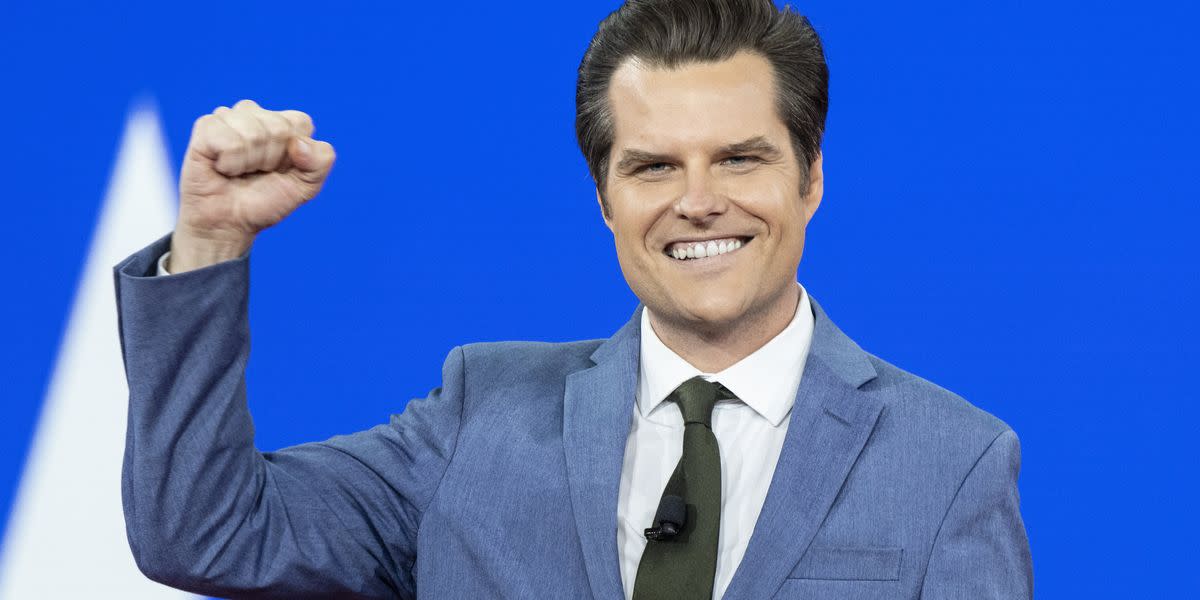 Rep. Matt Gaetz (R), the Florida congressman who has spent much of the past two years under federal investigation for alleged sex trafficking, won his GOP primary Tuesday, likely ensuring another term representing his deep red panhandle district.

Gaetz beat back a challenge from Vietnam War veteran and former FedEx executive Mark Lombardo, who had focused his campaign on Gaetz’s legal woes.

According to The New York Times, the Justice Department has been investigating whether Gaetz broke federal law by recruiting women online for sex and paying them, including someone who would have been only 17 at the time. Gaetz denied having ever paid a woman for sex, and no indictments have been disclosed.

The allegations surfaced in April 2021, linked to the arrest of Joel Greenberg, a former tax collector for Seminole County, on a sex trafficking charge.

Usually such revelations would sink a political career, but Gaetz has used the exposure instead to burnish his pro-Donald Trump credentials in his party — and was rewarded with Trump’s endorsement Saturday.

Gaetz, Trump said on his Truth Social platform where he posts after he was kicked off of Twitter, would “Fight the Never-Ending Witch Hunts from the Radical Left that are destroying our Country!”

Gaetz was one of several members of Congress who were said to have asked Trump for pardons for potential crimes before Trump left office. Cassidy Hutchinson, a former aide to Trump White House chief of staff Mark Meadows, told the congressional panel probing the Jan. 6 Capitol attack Gaetz had sought a “blanket pardon.”

The congressman has not shied away from controversy, despite the swirl of allegations around him. In July, he joined 19 other House Republicans in voting against a non-controversial bill to renew the authorization of several anti-trafficking programs run by the departments of Justice, Health and Human Services and Homeland Security.

Gaetz has also been critical of the appearance of women who show up at abortion rights rallies. Asked what he would say to people offended by those comments, he replied, “Be offended.”

Gaetz’s troubles have left him a ripe target for critics of both him and of Trump. Marc Short, chief of staff to former Vice President Mike Pence, said in a July interview on CNN that he would be surprised if Gaetz could still lawfully vote in 2024, noting the congressman’s appearance at a conservative student conference.

“It’s more likely he’ll be in prison for child sex trafficking by 2024. And I’m actually surprised that Florida law enforcement still allows him to speak to teenage conferences like that. So I’m not too worried about Matt Gaetz, thanks,” Short said.