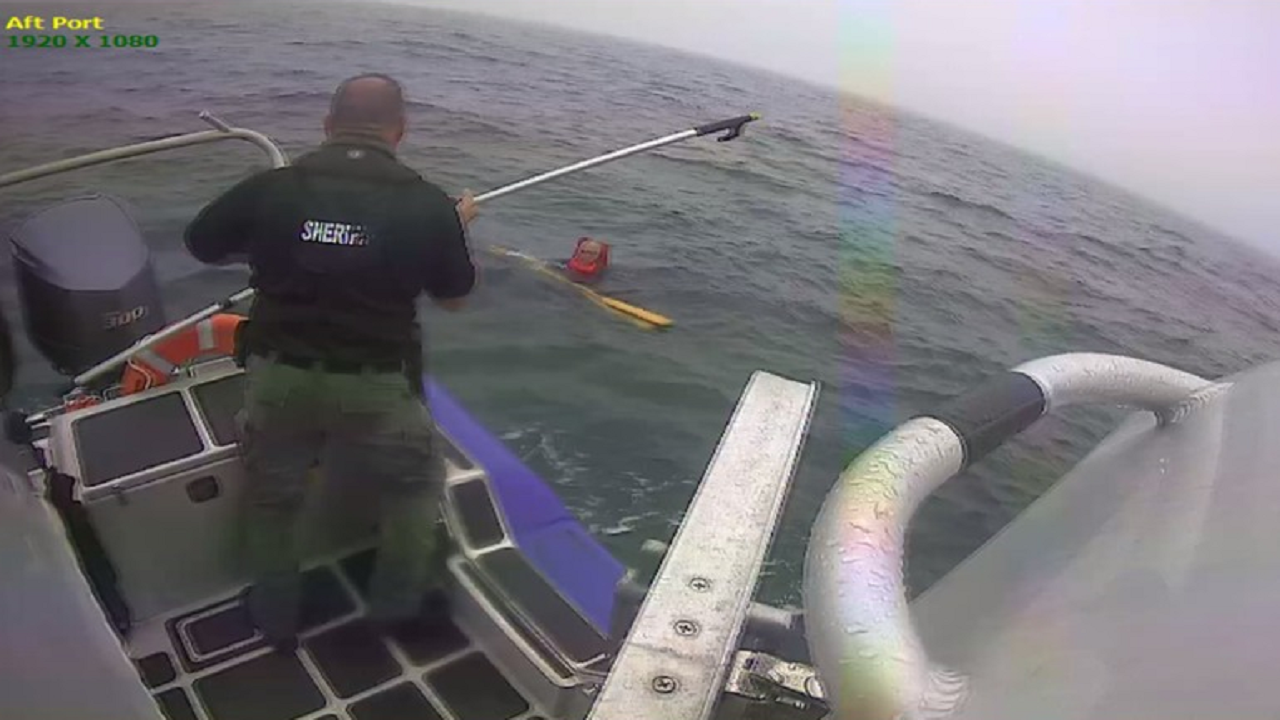 A Massachusetts police department is hailing two officers for saving a man’s life “when he fell off his boat in the fog, driving rain and rough seas.”

The sheriff’s office says when the pair received a distress call, they “immediately went into search and recovery mode, establishing contact with the U.S. Coast Guard and speeding towards Chappaquiddick where the man overboard call originated from.”

“Once on scene, they calculated the current and plotted the drift to give them a better idea of an approximate location,” police added. “The sailor was found 1.6 nautical miles south-southwest of where he fell in.”

The man appeared to be clinging onto a piece of floating debris as the police patrol boat approached.
(Barnstable County Sheriff’s Office)

Photos released of the rescue show the sailor appearing to cling onto a piece of floating debris as the patrol boat approaches him.

The sailor is pictured after officers pulled him onto their patrol boat in the waters off Martha’s Vineyard near Cape Cod, Mass.
(Barnstable County Sheriff’s Office)

The individual ultimately was pulled out of the water.

“These two officers should be commended for their quick thinking and fast actions in their duty to help keep a member of our Cape Cod community safe,” the Barnstable County Sheriff’s Office said.