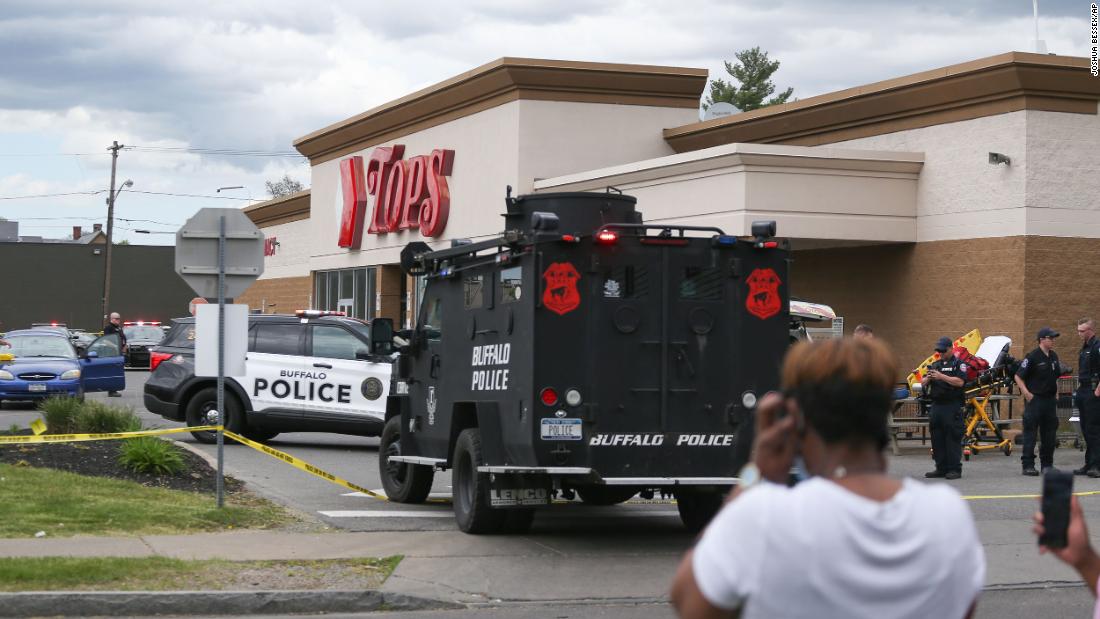 The suspect, identified as Payton Gendron, 18, was arraigned in Hannah’s courtroom, the judge said.

“This individual has been arraigned on murder in the first degree, which is the highest charge — murder charge in New York state. It carries with it a sentence of life without parole, the highest punishment we have a New York state. He was remanded. The judge ordered a forensic examination. A felony hearing will now take place in five days. And then the investigation continues.”

Flynn said the judge was called up to arraign the suspect tonight.

“We are now investigating terrorism charges, other murder charges, along with working with our partners in the federal government so that they can perhaps file charges as well. So I assure everyone in this community, justice is being done right now and justice will be done,” Flynn said.