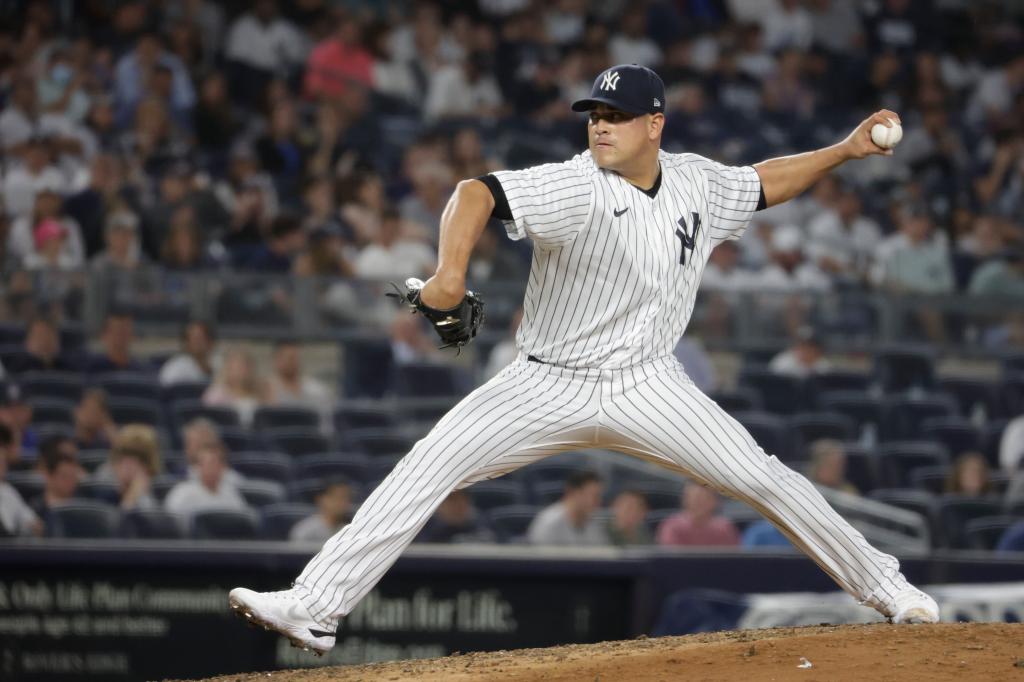 Ten years after being hailed as one of the Yankees’ top pitching prospects, and nearly 10 days after they finally recalled him from the minors, Manny Banuelos finally made his emotional pinstriped debut for the Yankees.

Banuelos worked the final two innings of the 13-0 win over the Tigers on Friday night in relief of starter Gerrit Cole, finally making it to the Stadium with the Yankees after years of serious injuries and career stops with various other organizations, in the minor leagues and abroad.

“This is huge for me. I’ve been waiting for this a long time,” the 31-year-old Banuelos said. “To pitch here in Yankee Stadium in this uniform, this is amazing. … I think everybody knows about me and what I’ve been through. It’s been a long journey, and to make this goal, it’s amazing.”

Banuelos signed with the Yankees in 2008 as a 17-year-old international free agent, and he quickly rose to be considered among their top prospects. His promising career was derailed, however, by Tommy John surgery in 2012. Banuelos pitched in seven games for the Braves (2015 -2016) and the White Sox (2019) before returning to the Yankees’ organization this year.

“Awesome. It was emotional in there,” manager Aaron Boone said. “Obviously, most of you are aware of his story to get here. … To see him realize this later than expected but never giving up and never losing sight of this being what he wanted to do and where he wanted to do it, to see people persevere through a lot of different things is special.”

Aaron Judge was named the AL Player of the Month for May, after batting .311 with 12 homers, 25 RBIs and a 1.077 OPS in 27 games. Clay Holmes (zero earned runs in 12 appearances) was named AL Reliever of the Month.

Josh Donaldson went 0-for-3 with two walks in his return from the 10-day injured list. Giancarlo Stanton (calf) did running drills in the outfield before the game, and Boone said the DH/outfielder also could be activated from the injured list this weekend.

The Yankees also acquired infielder/outfielder Jake Bauers from the Reds in exchange for cash considerations and assigned him to Triple-A.