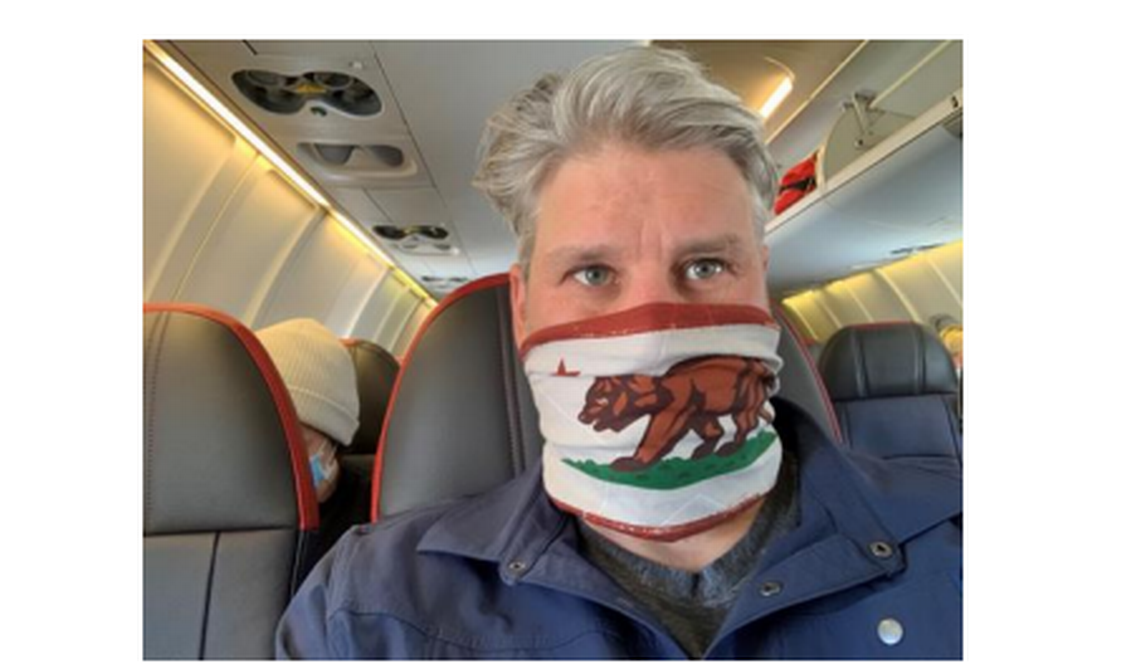 A man’s life was changed after he spent 17 days in a New Mexico jail because American Airlines wrongfully accused and identified him to police as a shoplifter at the Dallas-Fort Worth Airport, according to a lawsuit filed Monday.

Michael Lowe boarded a flight at DFW Airport in May 2020. More than a year later, he said, he was on vacation in New Mexico when he was arrested on warrants he had never heard of for a crime he did not commit.

For more than two weeks, Lowe was held in Quay County Jail at the height of the COVID-19 pandemic in “grossly unsanitary conditions,” according to the lawsuit. Lowe said he didn’t even find out what he was charged with until after his release.

The events that changed Lowe’s life began in May 2020, when a stranger to him shoplifted from a store inside Dallas-Fort Worth Airport, the suit says. Surveillance cameras caught the suspect boarding a flight headed to Reno. American Airlines reported the theft to DFW Airport police, which ordered the Fort Worth-based airline to send over the footage and a passenger manifest showing everyone who boarded the flight.

Instead, American Airlines “departed from its established procedures,” according to the lawsuit, and sent police a single passenger’s information — Lowe’s. An American Airlines spokesperson could not immediately be reached for comment.

Lowe had been on the flight as a layover on a trip from Flagstaff to Reno.

At the time of the flight, Lowe had two-inch long gray hair and wore a mask. The surveillance footage — screenshots of which are shown in the lawsuit — shows a man with a military-style buzz cut wearing no mask and carrying several items.

Despite the discrepancies in their appearances, American Airlines identified Lowe as the shoplifter seen in the surveillance footage, the lawsuit said. Based on that information, police issued two arrest warrants for Lowe — one for felony burglary of a building and the second for criminal mischief.

Fourteen months later, Lowe — unaware of any of the events with American Airlines or police — was in Tucumcari, New Mexico, with his dogs, visiting friends. At a Fourth of July party, someone called the police regarding a disturbance that was unrelated to Lowe. When police got there, they took everyone’s information. When they pulled up Lowe’s name, they saw he had two outstanding warrants from Tarrant County. They arrested him.

Lowe’s “confusion was profound,” the suit says — he did not know where Tarrant County was or the last time he had even been in Texas. No one would tell him what the warrants accused him of doing.

“Finding composure in his knowledge this was a mistake,” the lawsuit says, “Mr. Lowe told his friends — who were only visiting New Mexico, and were not locals — not to worry, it would all get cleared up quickly. He was wrong.”

Lowe was taken to Quay County Jail, where he continued to insist they arrested the wrong person. But, the suit says, “his protestations were not merely falling on deaf ears, but appeared to be antagonizing the jailers.”

Lowe was ordered to strip naked and forced to bend over and cough as he was searched for contraband, he said.

He was put into a general population quarantine pod, where he was housed alongside cartel members and people accused of violent crimes, the suit says.

Aside from fear of physical abuse, Lowe was at risk of catching COVID-19. “The facility’s contempt for the health, safety and well-being of its inmates was immediately obvious” because no one wore a face mask, the lawsuit says. At the time, New Mexico had the 10th highest death rate from COVID-19 in the country. Quay County Jail was one of three jails in New Mexico where corrections officers had refused to be tested for COVID-19, according to the suit.

For the next 17 days, Lowe was traumatized repeatedly by the conditions at the jail, according to the suit. He slept on the concrete floor, but did not get much rest due to his “constant state of fear of confrontation, physical abuse or sexual victimization.” The suit describes the violent outbursts in the packed unit that “arose over any trivial act.” Lowe saw a young man punched in the face three times, he said, and the streak of blood remained on the wall for days.

“To have to sit in silence and not come to the aid of a fellow human being — particularly someone vulnerable like the younger inmate,” the lawsuit says, “was excruciating to Mr. Lowe.”

Another man was severely ill and Lowe and other men pleaded to officers for the man to see a doctor, but their request was ignored, he said. Lowe still wonders if the man survived, the suit says.

After Lowe had been in jail for eight days, he was taken to a local judge. He still received no information about why he was there, he said. The judge told him his only options were to waive extradition — in which New Mexico would deliver him to Texas authorities — or wait for Texas authorities to pick him up. Lowe, unsure what the legal implications were of either option, waived extradition based on the court’s suggestion that he do so.

He was sent back to the jail.

After the court appearance, Lowe’s “suffering became most acute as his detention appeared to be without any end in sight,” the suit says. He still did not know why he had been arrested or when he would be released.

On the 17th day in jail, officers told Lowe he was being released. He took the clothes he had arrived in and was sent out of the jail without any information about why he had been there in the first place, he said.

Lowe walked miles to a McDonald’s, where he waited at a bus stop. He tried to clean himself in the McDonald’s bathroom, but was kicked out by staff, he said. The bus ride to Flagstaff was a 12-hour trip, but the bus broke down in the middle. It took Lowe two full days before he made it to his home in Flagstaff at 4 a.m.

“Upon stepping through the threshold of his home,” the suit says, “Mr. Lowe allowed himself to sob until he could no longer stand.”

After returning to Flagstaff, Lowe started to try and find out why he had been put through his ordeal. He called various Tarrant County entities and finally reached a detective at the DFW Airport police department. He found out what the charges against him were, but still did not know why he had been misidentified, he said.

The detective had more bad news for Lowe — he told Lowe that he was supposed to have been in court that same morning and because he had not appeared, another warrant would be issued for his arrest, according to the suit.

Lowe tried to convince the detective that he was innocent, but the detective would not tell Lowe what the charges were based on and only said American Airlines provided the information, he said. The call ended with the detective admonishing Lowe for not going to his court hearing, the lawsuit said.

Lowe decided to find a lawyer. After weeks of searching for one he could afford, Lowe retained Palmer. Lowe’s attorneys asked DFW Airport police to compare photos of Lowe to the surveillance footage of the man who burglarized the DFW airport store.

After police compared the photos, the Tarrant County Criminal District Attorney’s Office dismissed all charges against Lowe, according to the suit.

Even though the charges against him were dropped, Lowe’s life has not been the same, the lawsuit says.

Lowe’s arrest “because of American Airlines’ mistake” shook Lowe’s “identity to the core and cast a pall over his view of the world,” the suit says.

Lowe works as a tour guide in the Grand Canyon and is a professional outdoorsman. The aspects of his job and life he used to love — sleeping outside, packing light, the feel of a shower after days without one — now remind him “of the grotesque filth he lived in for seventeen days.”

He is constantly afraid someone will accuse him of something he did not do, and he “now suffers an ongoing state of hypervigilance that has robbed him of any ability to rest or relax.”

“Mr. Lowe’s strip search, particularly the most demeaning aspects of it such as exposing his anus, seeing the young inmate get punched repeatedly in the face, the blood on the floor and wall, and the sounds of the inmate that he tried to care for,” the suit says, “all play in his head without warning and evoke the corresponding feelings of shame, fear, anger, and helplessness that he felt at the time he experienced them.”

Lowe also had substantial economic damages due to the wrongful arrest, the suit says. He could not work during the time he was in jail, including giving a two-week tour of Alaska to five people, each of whom had paid $6,000 per person. The trip had to be canceled, and Lowe had to refund the group at his own expense. The arrest warrants remained active even after he was released, which meant he could not work until September 2021, the suit says. Longtime employees of Lowe’s left the job because of the uncertainty of the situation.

Lowe’s suit accuses American Airlines of negligence for wrongfully identifying him. American could have given police the list of passengers, as police had requested, and instead the airline chose to conduct “its own negligent investigation,” Lowe’s attorney said.

“I blame American (Airlines),” Palmer said. “Without American doing what they did, (the detective) never would have issued a warrant. It all starts with the disclosure of his name and his name only.”