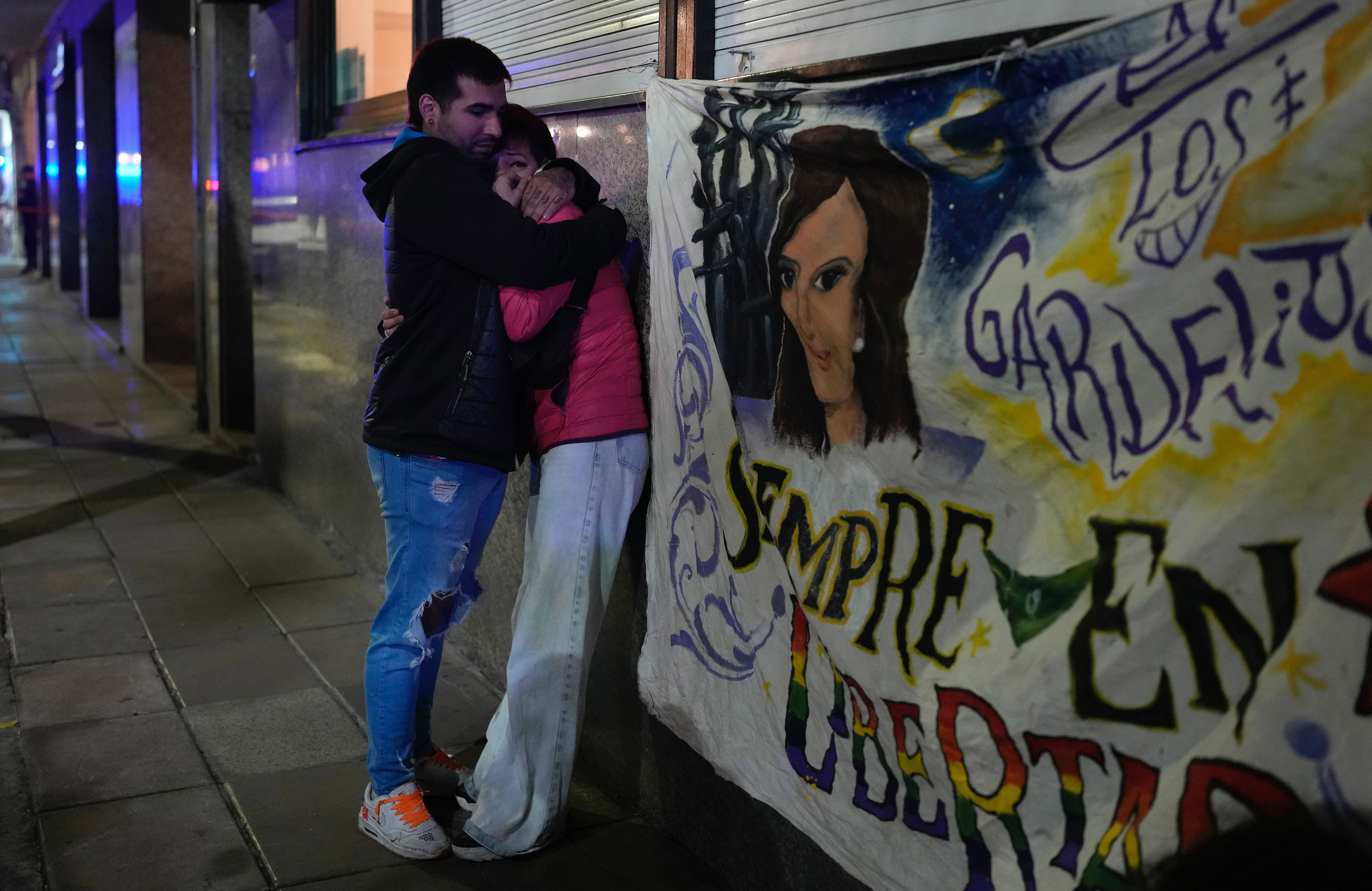 Supporters surrounding the person appear shocked at what is happening amid the commotion in the Recoleta neighborhood of Argentina’s capital.

“A person who was identified by those who were close to him who had a gun was detained by (the vice president’s) security personnel. They set him aside, found the weapon, and now it must be analyzed,” Security Minister Aníbal Fernández told local cable news channel C5N.

The minister said he wanted to be careful in providing details until the investigation learned more. There was no official comment on whether the gun was real.

Despite the open questions, government officials were quick to describe the incident as an assassination attempt.

“When hate and violence are imposed over the debate of ideas, societies are destroyed and generate situations like the one seen today: an assassination attempt,” Economy Minister Sergio Massa said.

Ministers in President Alberto Fernández’s government issued a news release saying they “energetically condemn the attempted homicide” of the vice president. “What happened tonight is of extreme gravity and threatens democracy, institutions and the rule of law,” reads the release.

Supporters of the vice president have been gathering in the streets surrounding her home since last week, when a prosecutor called for a 12-year sentence for Fernández in a case involving alleged corruption in public works.

Tensions have been running high in the upper class Recoleta neighborhood since the weekend, when the vice president’s supporters clashed with police in the streets surrounding her apartment amid an effort by law enforcement officers to clear the area.

Fernández, who is not related to the current president, served as president herself in 2007-2015.