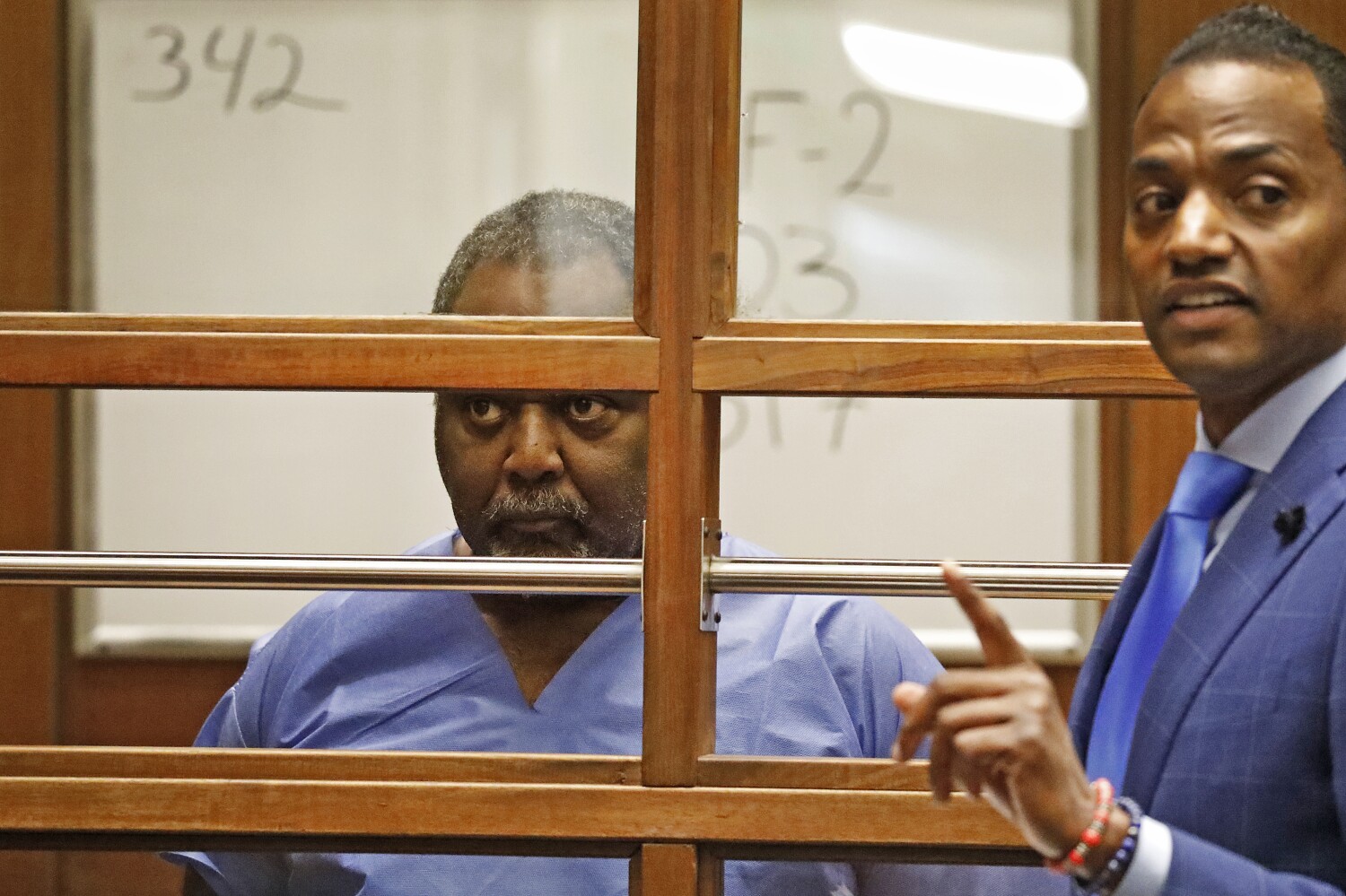 A man linked to a pair of decades-old cold cases through a genealogy match in 2019, a first for the Los Angeles County district attorney’s office, was convicted of murder Thursday.

A jury found Horace Van Vaultz Jr. guilty of two counts of first-degree murder for the 1981 killing of Selena Keough in Montclair and the 1986 slaying of Mary Duggan in Burbank with the special circumstance allegations of multiple murders and that the crimes were committed during a rape and sodomy for each victim, Dist. Atty. George Gascón said in a statement.

“I hope that today’s guilty verdict provides some comfort to the victims’ families who have waited more than three decades to see this result,” Gascón said.

Vaultz showed no reaction as the guilty verdicts were read, KNBC-TV Channel 4 reported.

Vaultz was arrested in November 2019 after a traffic stop in Los Angeles and was subsequently charged with two counts of murder. Then-Dist. Atty. Jackie Lacey declined to detail the specific method used to capture Vaultz, because it was an ongoing investigation, but likened the process to the one that cracked open the Golden State Killer case in 2018.

Law enforcement agencies have increasingly turned to such forensic genealogy investigations in recent years, searching databases where people volunteer their genetic information to find relatives and using the results to trace through a family tree until they find a suspect.

In the Keough and Duggan killings, prosecutors ran DNA collected from the initial crime scenes in Montclair and Burbank against a “commercial DNA database” to narrow the pool of possible suspects, Lacey said.

Investigators on one of the cases said they became aware sometime in September 2019 that Vaultz may have been involved, and Lacey said his DNA was matched to the killings through an item plucked from his trash.

Vaultz is scheduled to be sentenced Sept. 19 at the Foltz Criminal Justice Center.