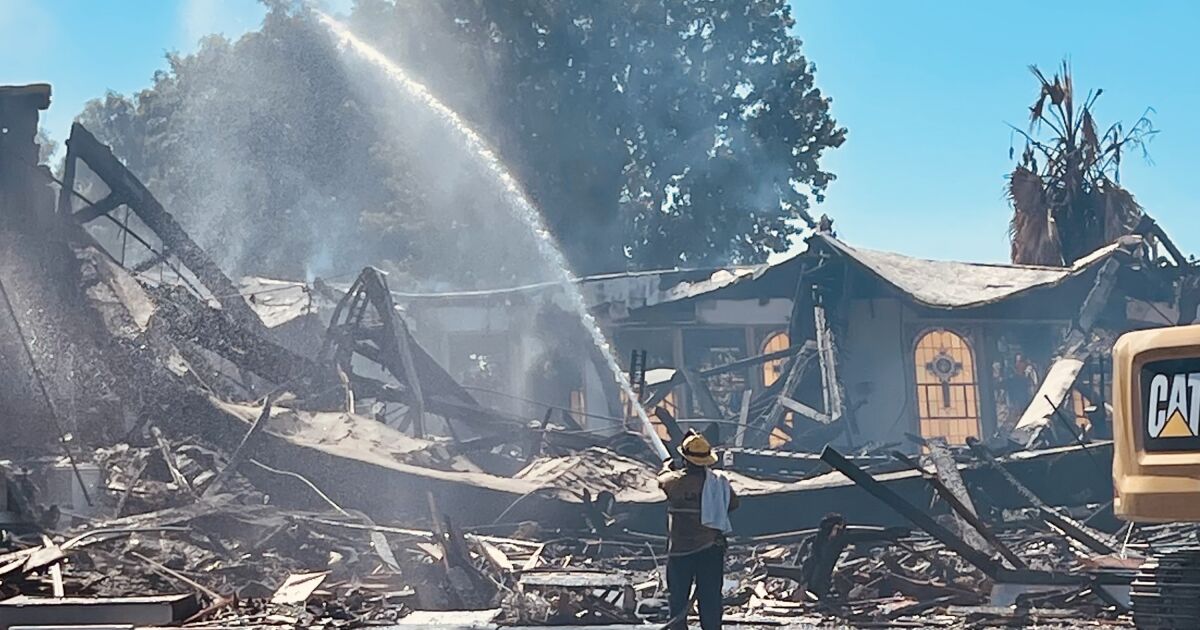 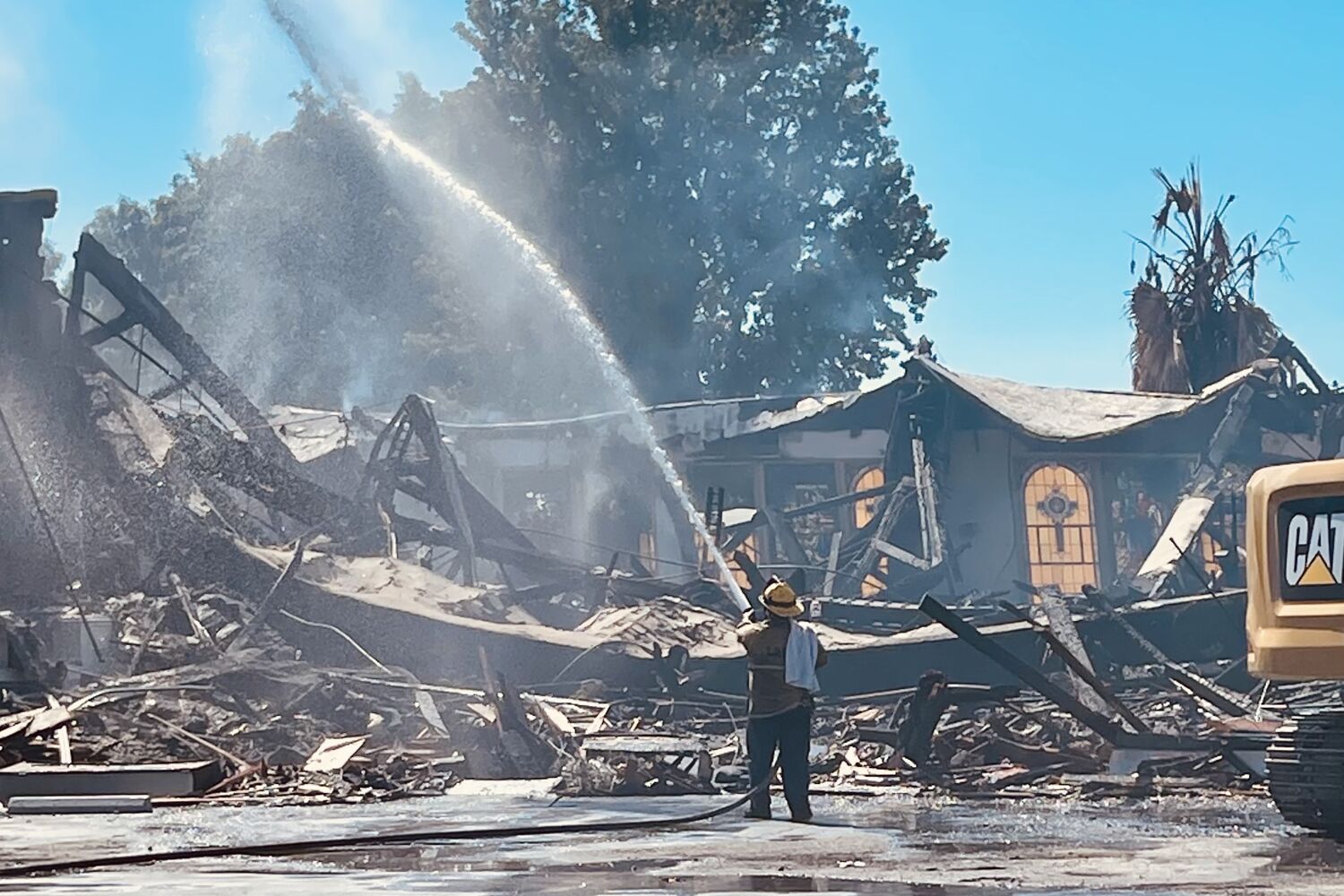 A man was arrested Sunday on suspicion of arson after a fire last week destroyed the historic Victory Baptist Church in South Los Angeles and injured three firefighters, according to authorities.

The fire broke out at 2:22 a.m. on Sept. 11 in the 4800 block of South McKinley Avenue and grew to major emergency status, requiring 16 companies to respond, said Nicholas Prange, a spokesperson for the Los Angeles Fire Department.

After receiving reports of smoke coming from the church, crews found heavy smoke inside, introducing more air and causing the fire to worsen, according to a department news release.

Three firefighters were injured while battling the blaze, which lasted at least two hours, Prange said. One was trapped by a collapsing ceiling and walls inside the church.

One crew member was taken to a hospital in moderate condition; another continued to work on the fire and was hospitalized in fair condition after the flames were knocked down. After the incident, a third firefighter sought treatment for mild injuries.

The church was founded in 1943 by Arthur Peters and became a destination for civil rights activists, gospel singers and congregants.

“This is a terrible loss,” said historian Tyree Boyd-Pates. “It is hard to process, given the church’s role in Los Angeles, especially for African Americans who moved here during the Great Migration of the 1940s.”

The church was originally on 42nd Street and Wadsworth Avenue, according to its website. As the congregation grew, it relocated in 1944 to the current location on East 48th Street and McKinley.

It gained national prominence in 1950 when its Sunday night services were broadcast on television. The 75-member choir also drew followers. The Victory Baptist Choir has over the years featured celebrated vocalists and composers, including Mahalia Jackson, Jester Hairston, the Clara Ward Singers, Ethel Waters and Dorothy Maynor.

Peters was killed in September 1975; his successor, the Rev. Charles Chapman, was elected as pastor a year later. He resigned in 1993 and was replaced in 1995 by Pastor W. Edward Jenkins.

Jenkins said that though the building has been destroyed, the church lives on.

“The church is not dead. The church is doing fine,” Jenkins said. “The building is in ruins, but we are going to rebuild.”