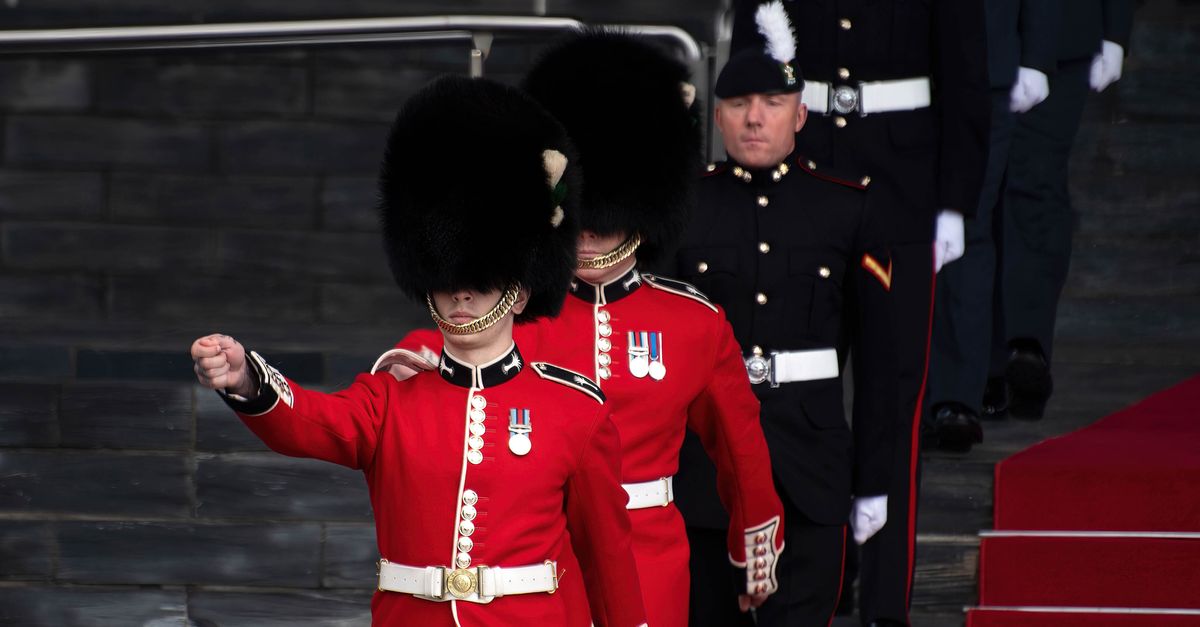 While Queen Elizabeth II is currently lying in state at Westminster Hall in London, she has yet to truly rest.

A man was arrested Friday after abandoning his place in line at the parliamentary estate, running up the steps and touching the queen’s coffin, according to The Guardian. The Metropolitan Police detained him shortly before 10 p.m., mere hours after royals held a vigil.

It was only the second day that mourning Brits were allowed to pay their respects to the late royal, with common folk and celebrities like David Beckham queuing for hours to reach her coffin. That line has spanned several miles and spurred wait times up to 30 hours.

“We’re aware of an incident in Westminster Hall, in which a member of the public moved out of the queue and towards the catafalque,” a parliamentary spokesperson told the BBC. “They have now been removed from the hall and the queue restarted with minimal disruption.”

Scotland Yard told the BBC that “officers from the Met’s Parliamentary and Diplomatic Protection Command” detained the man and arrested him “for an offense under the Public Order Act.” This came mere hours after King Charles, Princess Anne, Prince Andrew and Edward stood vigil.

Known as the “Vigil of the Princes,” the tradition sees members of the royal family standing proverbial guard when a relative lies in state, which is yet another tradition in which the body of a dead official is placed in a state building so that the public can personally pay tribute.

While these proceedings are being live-streamed for the rest of the world, the feed abruptly cut to an exterior view for 15 minutes after the arrest, according to The Wall Street Journal. Christine Elliott, a 72-year-old who had been queuing for 14 hours, said: “People near to it screamed.”

The arrested man was ultimately not the only person in line to face charges Friday, as PA Media reported 34 people faced a “range of offenses” before the morning was over. One of these saw a 19-year-old allegedly expose himself before pushing two women from behind.

The U.K. government said Queen Elizabeth II will be transported Monday to Westminster Abbey for her state funeral.