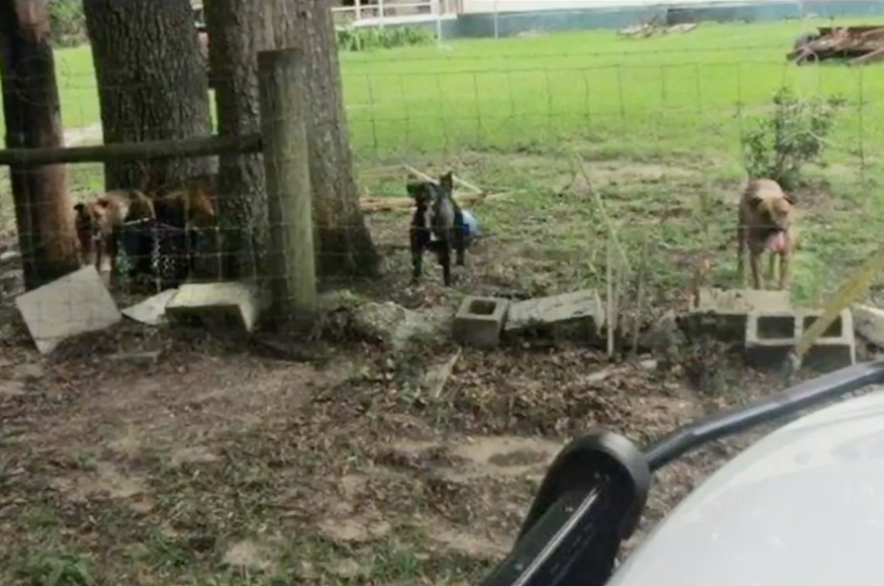 A U.S. Postal Service carrier in rural Florida was killed after being attacked by five dogs when her vehicle broke down, authorities say.

In a news conference, the Putnam County Sheriff’s Office announced that 61-year-old Pamela Jane Rock died in the hospital Monday a day after a vicious attack that saw several neighbors – and the animals’ owners – try to fend off the dogs.

“One neighbor brought his firearm along and fired several shots in the air in an attempt to disrupt the attack,” Putnam County Sheriff’s spokesman Joseph Wells said at the news conference. “That was unsuccessful.”

Rock was attacked near Palatka, a small Florida city 45 miles from Jacksonville.

When police arrived at the scene Sunday, they found the dogs behind a fence and Rock bleeding. t, Officers applied tourniquets to stem the loss of blood, but during the drive to the hospital, Rock went into cardiac arrest. She died the next day.

A local statute says owners may be held liable if they know their dogs are dangerous but fail to exercise due caution, Wells said. But the dogs were behind a fence and escaped, and the owner had cooperated with earlier calls to animal control.

“We believe there have been other calls for service regarding these dogs,” Wells said. The dogs will be seized and will be euthanized. No further information about the dogs, including size or breed, was released.

“We are deeply saddened at the loss of our employee,” the U.S. Postal Service said in a statement. “Our thoughts and prayers are with her family and her co-workers at this time.”