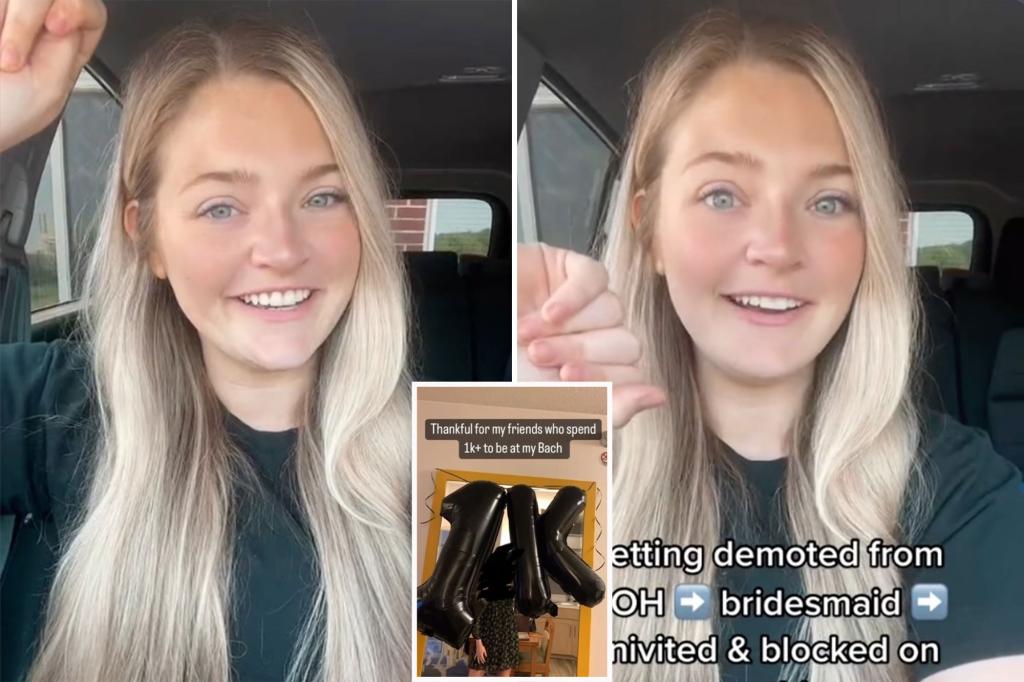 A woman who claims she was demoted from her maid-of-honor duties at her best friend’s wedding says she’s glad not to be a part of it anymore, after a snide move by the bride.

Lauren, who uses the handle lobro15 on TikTok, initially shared the now-viral video revealing the drama surrounding her friend’s wedding in June.

In the clip, which has been viewed 4.2 million times, she explains she’d been kicked out of her best friend’s wedding after expressing some concern over her expensive bachelorette party — which would cost each attendee $1,000.

In a recent video spilling more of the details of the saga, Lauren said the bridezilla has had the bachelorette party — with a ill-natured reference to the drama around cost featured in the decorations.

A friend of Lauren’s apparently sent her a screenshot from the bride’s social media showing the bride standing between large black balloons that say “1K,” with the bride writing, “Thankful for my friends who spent 1k+ to be at my Bach” on the image.

“So while I do find this hilarious, I have to say I’m slightly confused because you did switch locations and you did drive somewhere to save money on the flight costs, which was $400 to $500,” she says after showing the photo of the bride.

In a previous TikTok, Lauren said after the bride told her the bachelorette plans, she was taken aback by the cost and anonymously surveyed the other guests to see how much they wanted to spend, which was around $300 to $500.

“[I told her] it might be out of budget where she wants to go,” Lauren explained. “She tells me that if people were her friends, they would be willing to spend this amount of money to spend time with her.”

Lauren said the two then argued about the party, before the bride asked her if she wanted to step down as the maid of honor, before uninviting her from the wedding altogether and eventually blocking her number and social media accounts.

Followers were divided over their thoughts, some finding the cost ridiculous with others claiming that what the bride was asking is now the average cost of most bachelorette parties.

“Bachelorette parties have become so out of hand. Remember when it used to just be a fun night out with friends without a financial commitment,” one user commented.

“To be honest – 1k is the minimum for a bach these days,” claimed another. “I’ve been to & planned multiple, that’s just what it costs for hotel, flights, food anywhere.”

“I was invited to a Bach that was going to cost $2k a person,” the user wrote. “MOH booked it all without asking anyone. Set up installments to pay her back. Declined!”