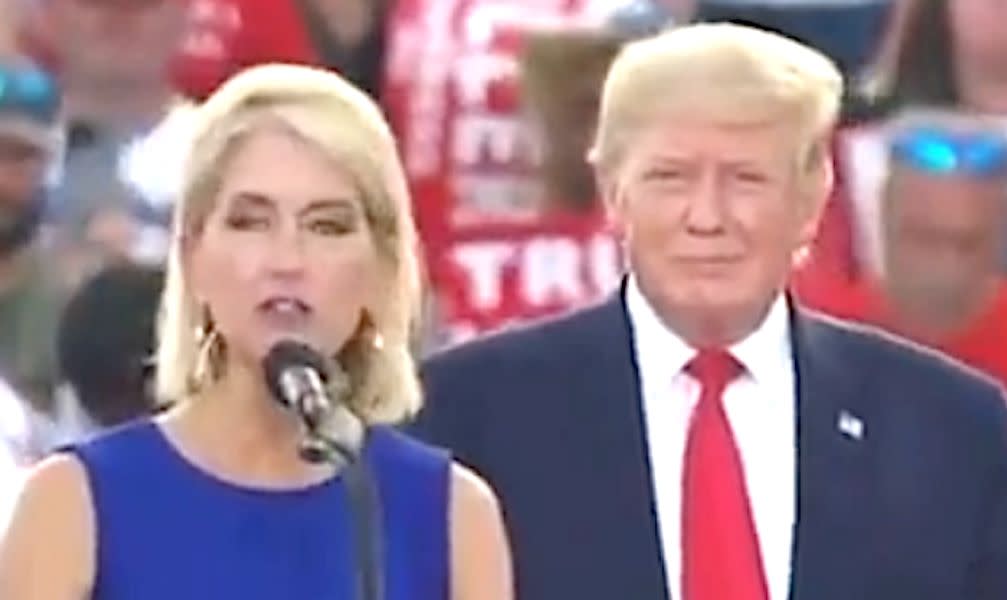 “President Trump, on behalf of all the MAGA patriots in America. I want to thank you for the historic victory for white life in the Supreme Court,” she said — to cheers and applause.

A spokesperson for Miller later told NBC News that she had misread the prepared remarks, and intended to say “right to life.”

But Miller has made a number of major stumbles during her time in office and campaigning, The Chicago Tribune noted. Just days after taking office in January 2021, constituents called for her resignation for praising Adolf Hitler in a speech to a conservative women’s group.

“You know, if we win a few elections, we’re still going to be losing unless we win the hearts and minds of our children. This is the battle,” she said. “Hitler was right on one thing: He said whoever has the youth has the future.”

She later apologized, but also insisted enemies had somehow twisted her words.

After the mass shooting in Uvalde that killed 19 young children and two teachers, she attacked those fighting for gun safety as “trying to destroy our society’s central pillars of faith, family and freedom,” the Tribune reported. “We need to go back to God,” she added.

As for “white life,” many conservatives see abortion crackdowns as a way to keep up numbers of white citizens amid evolving American demographics. It plays into the racist “Great Replacement” conspiracy theory that Democrats and others are covertly plotting to replace whites with people of color and immigrants.

Miller, who has been endorsed by Trump, faces off against rival Rep. Rodney Davis (R-Il.) in a state primary Tuesday.