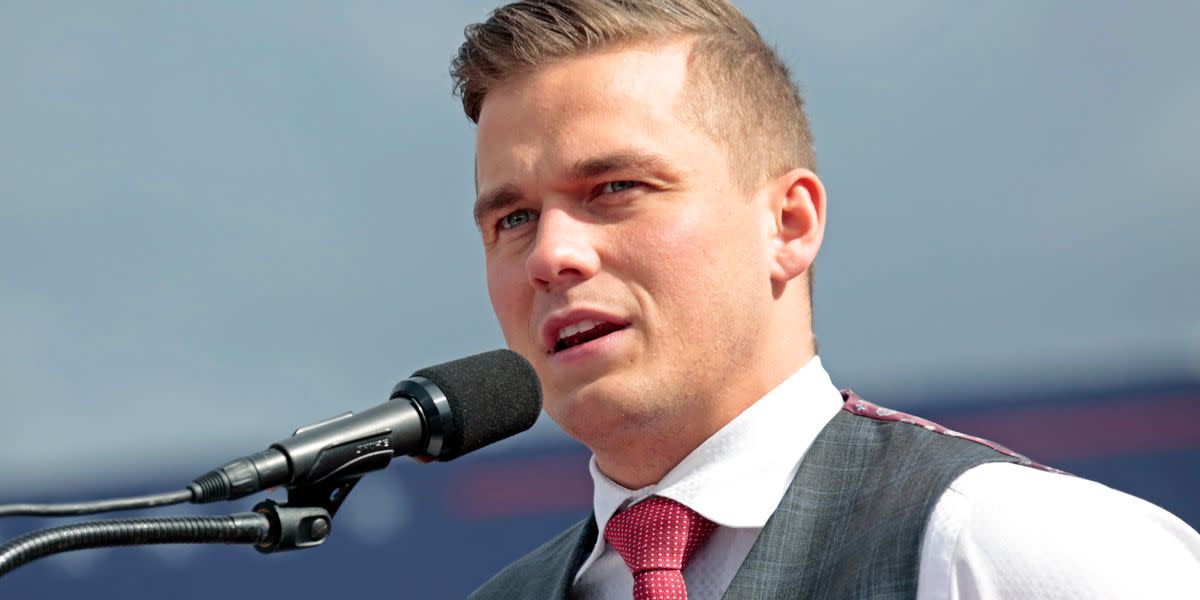 Rep. Madison Cawthorn (R-N.C.) has responded to a video circulating on social media that appears to show the conservative congressman in the nude, making thrusting motions near the face of another man.

“A new hit against me just dropped,” the GOP lawmaker tweeted on Wednesday. “Years ago, in this video, I was being crass with a friend, trying to be funny. We were acting foolish, and joking. That’s it.”

It’s unclear who shot the video or how it became public. Cawthorn characterized it as part of a “drip drip campaign” ― presumably, one meant to discredit him as his reelection bid approaches ― and asserted that “blackmail won’t win.”

The roughly 30-second clip shows what appears to be a nude Cawthorn in a bed thrusting with his groin near the head of an unidentified person. A male voice can be heard saying, “Oh ma yah yah oh” repeatedly. A male voice can also be heard laughing and saying, “stick it in his face.”

The video footage emerged after photos surfaced showing Cawthorn wearing women’s lingerie ― images he said were from a “goofy” game on a cruise ― and a video that showed one of his male staff members grabbing his crotch. The latter video has sparked an ethics complaint, The Washington Times reported.

Cawthorn’s critics have noted that such videos and images suggest hypocrisy on the part of a right-wing lawmaker, who has said he adheres to “a lot of traditional values and a lot of traditional ideas” and has complained that members of the LGBTQ community have gone too far in pursuing their rights.

The North Carolina Republican has also made headlines over allegations of insider trading, trying to bring a loaded handgun onto a plane for the second time and having to surrender his driver’s license after driving with a suspended license.