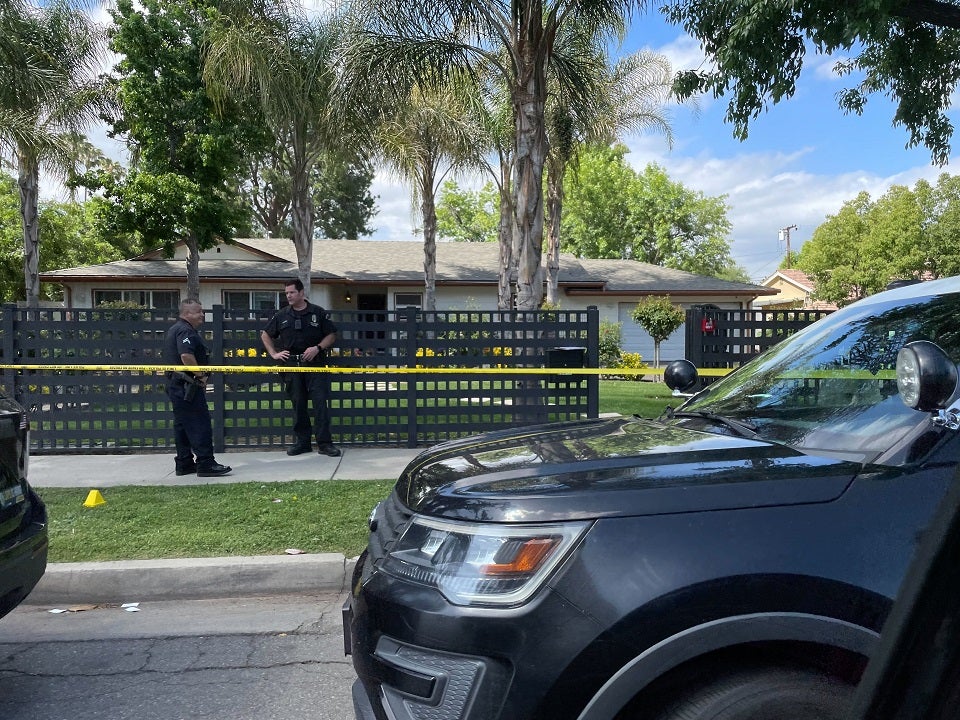 A Los Angeles woman arrested on Mother’s Day in connection with the deaths of her three children who were found dead inside a home has admitted to killing them with assistance from a teenage boy, believed to be her son, according to news reports.

The woman, identified as Angela Dawn Flores, has been booked into the Van Nuys Jail on three counts of murder and is being held on $6 million bail. The 16-year-old suspect was arrested don one murder counted and is being held at the Sylmar Juvenile Hall, the Los Angeles Police Department said.

Officers found the three children – a 12-year-old girl and 8-year-old twin boys – unresponsive at a home in the 22500 block of Victory Boulevard after receiving a call around 7:40 a.m. about an assault with a deadly weapon suspect at the residence, the LAPD said.

Los Angeles police officers stand outside a home where three children were found dead Sunday. A Los Angeles woman allegedly killed her three children on Mother’s Day and a teenager has also been arrested in connection with the slayings, police said.
(Fox Los Angeles)

Paramedics with the Los Angeles Fire Department were called to the scene and pronounced the children dead. They appeared to have been deceased for several hours, paramedics.

“I couldn’t see anybody, and I kept hearing, ‘My family is abusing me,’ and just kept hearing screaming, but I couldn’t make out what she was saying,” neighbor Priscilla Canales told Fox Los Angeles.

Authorities did not say how the children died or disclose a possible motive for the alleged slayings. Flores, 38, and the teen were identified as suspects and detained.

Flores has seven children. Three children live with their father in another state, according to the news station.