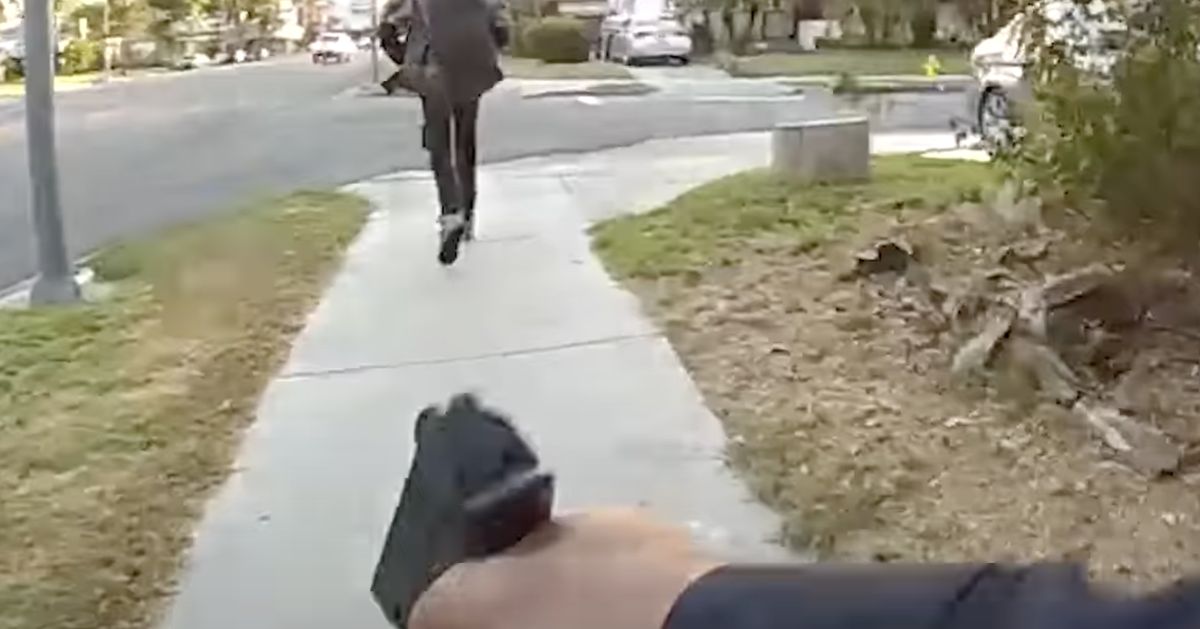 Authorities said they were responding to a call about a man “armed with a black semi-automatic handgun” on the evening of July 18, when officers found Jermaine Petit walking on the sidewalk. Body cam video released on Thursday shows officers asked him to take his hands out of his pockets, their guns pointed at him.

As Petit continued to walk away, one officer can be heard telling another officer “it’s not a gun, bro.”

An officer identified as Daryl Glover Jr. is heard in the video shouting “drop it” to Petit before at least three shots are heard in the footage, causing Petit to fall in the middle of the road.

The Los Angeles Police Department alleged Petit had a black car part with him and asked for two “brandishing a replica firearm” charges from a city attorney who is still “considering” them, Knock LA reported.

You can watch the footage of the shooting below.

A LAPD spokesperson said Petit had been armed in the hours after the shooting, The Daily Beast reported.

A LAPD investigation into the shooting is ongoing.