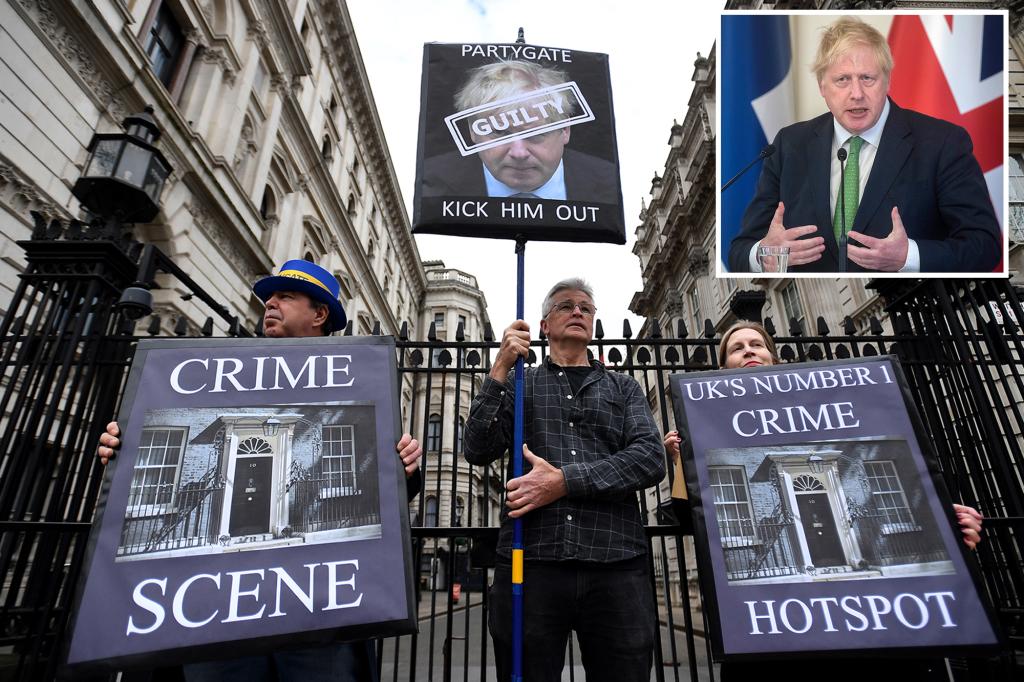 More than 100 fines have now been handed out as part of the “partygate” investigation, London’s Metropolitan Police announced on Thursday.

Scotland Yard — the police force’s headquarters — issued an update for the first time in a month but did not confirm what partygoers are being slapped with fines.

The so-called “partygate” scandal refers to the 12 illegal social gatherings Prime Minister Boris Johnson and his Conservative Party were embroiled in throughout lockdown when the same government put social distancing measures in place.

Johnson continuously shrugged off calls to resign following the endless scandals, even after being issued a fine from cops.

“These referrals have continued to be made throughout the period since our last update on Tuesday (April 12) and the investigation remains live,” a police spokesperson said in a statement.

Cops last issued an update on April 12 when the force announced 50 fines were handed out. A previous update from cops on March 29 said 20 people were fined initially.

Among those who were already slapped with fines include Johnson, his wife Carrie Johnson, as well as Chancellor Rishi Sunak. All three attended a party in Downing Street during lockdown in London in 2020.

They’ve each paid a $60 (£50) fixed-penalty fine for breaching lockdown rules after Scotland Yard kickstarted its investigation into “partygate” in January.

Johnson, who continuously faces calls to resign over “partygate,” said he believes he did nothing wrong.

“I welcome the Met’s decision to conduct its own investigation,” Johnson said in January, adding the police probe would “give the public the clarity it needs.”

Johnson did not immediately respond to The Post’s request for comment, while the Conservative Party declined to comment.

Johnson scrapped all COVID-19 restrictions in England on Feb. 22, telling lawmakers the country was “moving from government restrictions to personal responsibility” as part of a plan for treating COVID-19 like other transmissible illnesses such as flu.

Durham police re-launched its investigation after footage emerged of Starmer and staff having beers and takeout in April 2021 – at a time when millions of Brits were banned from mixing indoors.

Starmer vowed to “do the decent thing and resign” if slapped with a fine by cops.