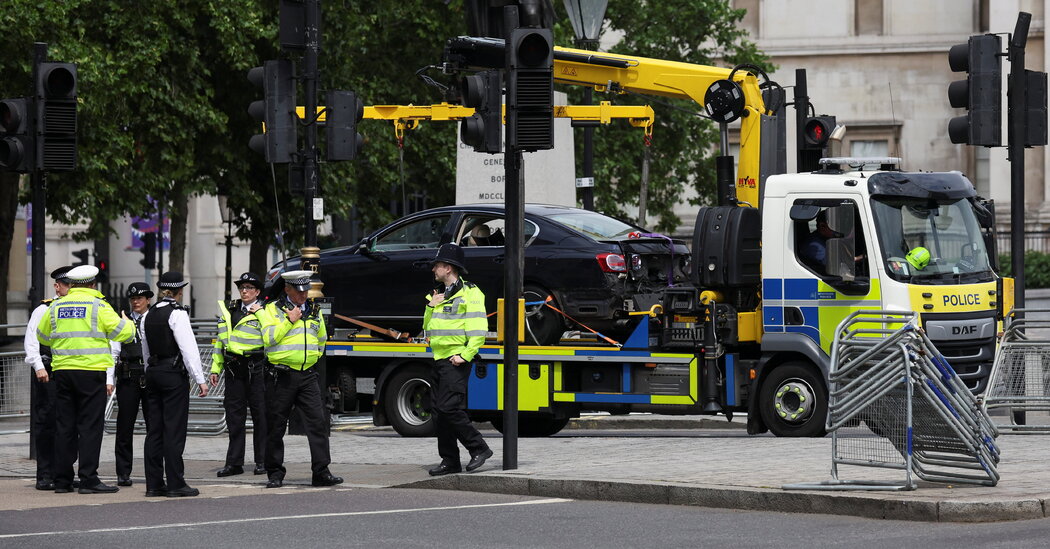 LONDON — The police evacuated crowds and cordoned off Trafalgar Square in central London on Saturday morning after responding to a report of a suspicious vehicle, rattling the British capital on the third day of Queen Elizabeth’s Platinum Jubilee celebrations.

The Metropolitan Police said on Twitter that the incident, first reported at 9:22 a.m., was not related to terrorism, though they did not specify how they had come to that conclusion. A photograph by the Reuters news agency showed a vehicle being removed on the back of a police truck. The square was reopened by midday.

“This was investigated and after police took action we have no further concern,” the police tweeted. “This was not terrorism related.”

Trafalgar Square lies at the opposite end of the Mall from Buckingham Palace, where a large concert is scheduled for Saturday evening as part of the jubilee festivities.

Central London is thronged with visitors from elsewhere in Britain and around the world for a four-day celebration of the queen’s 70 years on the throne. About 20,000 people have tickets to attend the concert in the square in front of the palace that will feature performances by Diana Ross, Duran Duran and others, as well as speeches by Prince Charles and his elder son, Prince William.