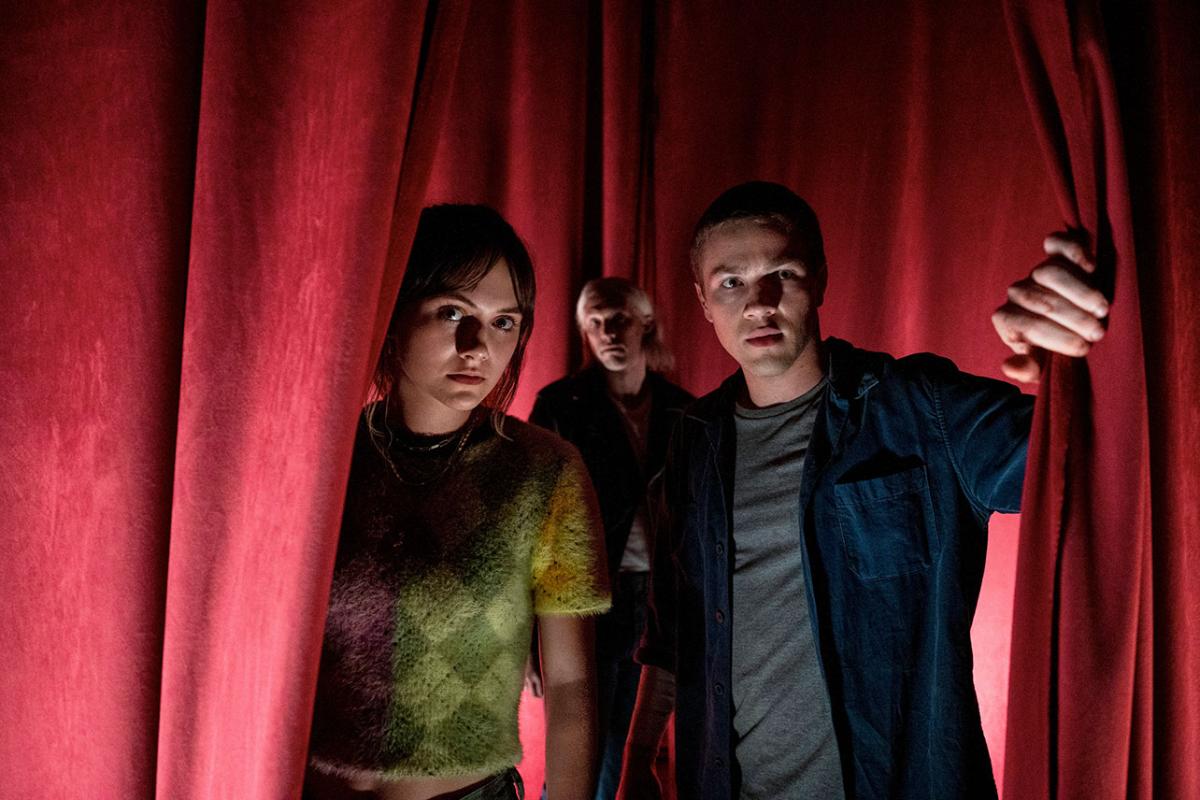 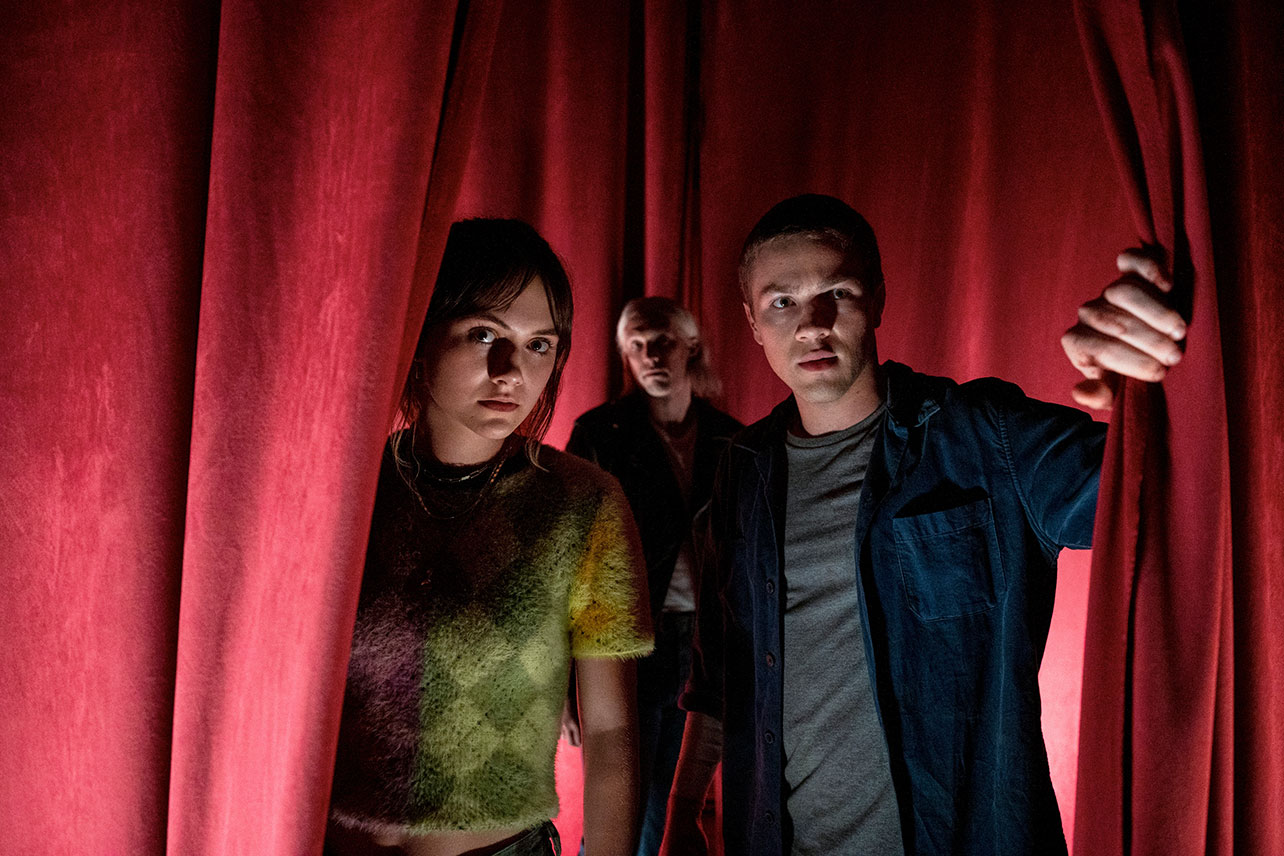 The first, and perhaps most important question one has when presented with a third and final season of a series on Netflix is whether the ending is an actual ending, or if viewers will be left on an agonizing cliffhanger for the rest of their natural lives. So in the interest of not belaboring the point, Locke & Key Season 3 is not just the most thrilling and emotionally charged installment yet… Locke & Key Season 3 is a fitting ending to Locke & Key, and easily one of the best seasons of a fantasy series released this year.

That out of the way, let’s take a massive step back and recap where we are when we enter Season 3. Over the course of two seasons, the Locke family — Tyler (Connor Jessup), Kinsey (Emilia Jones), Bode (Jackson Robert Scott) and mom Nina (Darby Stanchfield) — have battled the demonic Dodge (Laysla de Oliveira) with the help of some magical keys. At the end of Season 2, they finally beat Dodge, but at the cost of Tyler’s girlfriend’s life. When things pick up in Season 3, Tyler is working construction far away, and thanks to an age failsafe with magic (nobody over 18 can remember the keys), he’s blissfully unaware of what happened back in Matheson, Massachusetts.

On the other hand, Nina finally remembers magic thanks to the memory-restoring Memory Key, and though Dodge is gone, is eager to join the other Lockes in searching for missing keys. What they don’t know is that lurking in the background is Captain Frederick Gideon (Kevin Durand), a British Revolutionary War soldier infected with a demon who was resurrected in the cliffhanger last season.

Unlike Dodge, who swung wildly with multiple plans at the same time, Gideon is a blunt object who is razor focused on getting the keys at any cost. Durand’s energy pervades the season, and allows co-showrunners Meredith Averill and Carlton Cuse to dispense with the table-setting that bogged down some of the first season, and helpfully welcomed new viewers in Season 2. Instead, Season 3 is off to the races from the very first minute. If you haven’t watched before, this isn’t the place to start; but if you are already a fan, the payoffs and callbacks littered throughout the season are massive. Like the Lockes with Gideon, viewers will be forced to play catch-up most of the time… But unlike the Lockes, who suffer massive losses throughout the season, for fans this is nothing but non-stop wins.

This season is also a massive pay-off for fans of the comic, as well as the show. Pretty early on, Locke & Key diverged from the plot of the comic books by Joe Hill and Gabriel Rodriguez. But Season 3 loops back in multiple ways, including a sequence pretty much straight out of one of the most lauded issues in the series’ run. And a stand-out episode late in the season co-written by Hill and Cuse answers a long-standing fan question about one of the keys, in gripping and heart-breaking fashion.

The core, though, is the warmth and humanity of the cast. Stanchfield once again loops back to Nina’s alcoholism, but in a fresh way that ties into the magic of the keys. In addition, her romance with local historian Josh (Brendan Hines) continues to be charming, and her glee when finding new keys is infectious — a repudiation of the idea that you have to be a kid to enjoy magic. Jessup plays Tyler’s humor and heartbreak with equal aplomb, and to the writers’ credit they let him to continue to delved into his girlfriend Jackie’s (Genevive Kang) death for well-deserved pathos, while potentially sparking a new romance. Scott continues to be a stand-out as Bode, and without spoiling things gets to play some different modes throughout the seasons that are equally hilarious and terrifying. And Jones, who has catapulted to stardom thanks to her turn in the Oscar winning CODA, not only gets to continue the leadership role she stepped into in Season 2, but also gets to sing multiple times — surely a thrill for fans of that movie.

Also a credit to Averill and Cuse is the balanced use of the supporting cast. In particular, Sherri Saum returns to Matheson as gym teacher Ellie Whedon, and it’s clear the time she spent trapped in a demonic dimension has changed her; every choice Saum makes emphasizes this plot point. And Coby Bird as her son Rufus Whedon is phenomenal this time out… Fans of the book have been waiting for Rufus to become the hero we know he can be, and they won’t be disappointed with his stand-out role in the third season.

Even characters like filmmakers the Savinis — Asha Bromfield as Zadie Wells and Jesse Camacho as Doug Brazelle in particular — get delightful bits to do this season, and even with the brief screen time fill their characters with inner depth and meaning. Other characters, too, make stand-out turns; though given their roles delve into spoiler territory, it’s perhaps best for viewers to discover the depth theirselves. Suffice to say that multiple plot points that have been laid out since the first season get tied up with a bow, and the respective actors involved get ample time to strut their stuff, and bring their characters’ arcs to a rewarding close.

Again, without delving too much into spoilers, while the bulk of the season is a rollercoaster ride battle between the Lockes and Gideon, the finale gives equal time for action and emotion… Viewers might want to keep the Tissue Key close by, because there are multiple moments in the last episode that will get the tears flowing — before the upbeat, hopeful, and dare I say, magical ending.

To take it out even broader, watching the finale of the series in particular, it’s hard not to be struck by the journey it’s taken to get here. After multiple failed tries at a movie, and two failed pilots (one for FOX, one for Hulu), Averill and Cuse managed to not only make a first season of Locke & Key, but successfully bring it all home for a final season, and a finale that stands as one of the emotionally satisfying I’ve seen in a long, long time. It’s hard enough to create an ending that will feel complete for fans of any TV show; to do that for an adaptation of a comic book that itself had a satisfying ending, and to do it in an entirely new and fresh way, is an award-worthy achievement.

Is it too bad that Locke & Key is ending when there’s so many more possibilities of magic and keys out there? Surely. But the way this season ends, it’s a pleasure to finally hear that metaphorical key satisfyingly click in the lock, and know that Locke & Key has been given the finale it deserves.