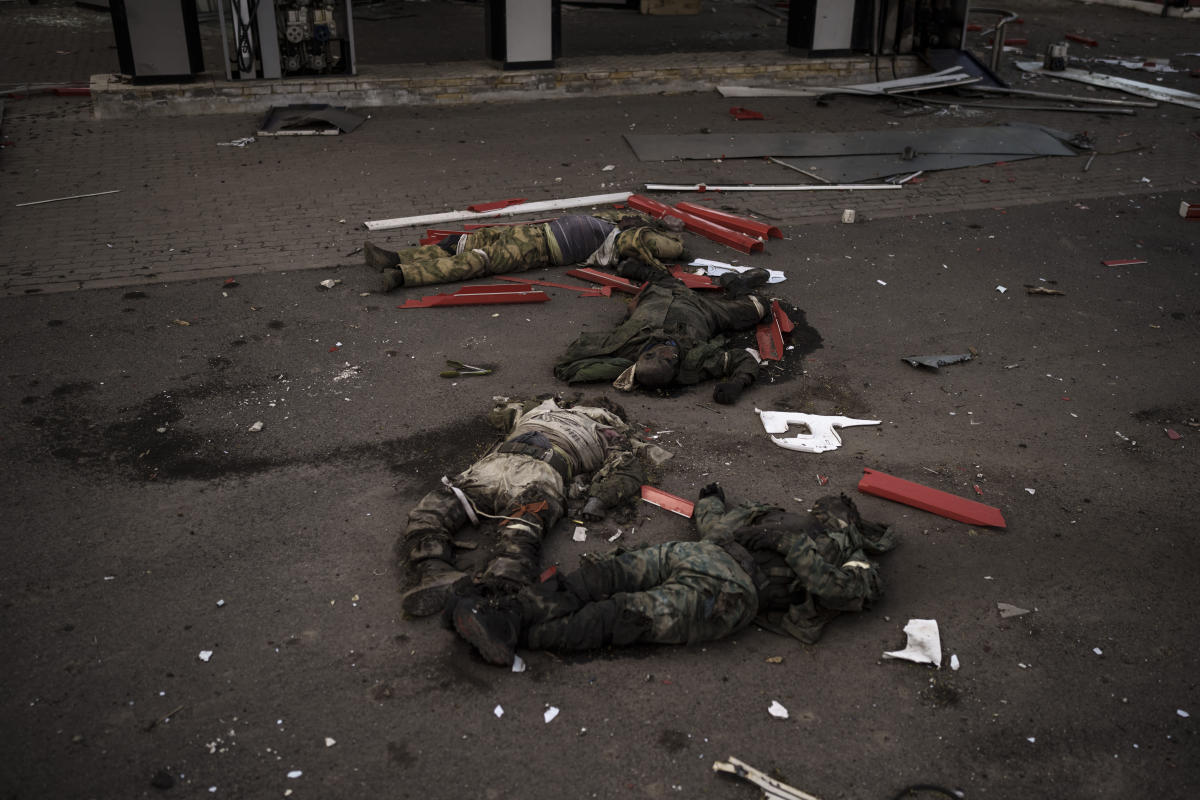 GENEVA — The World Health Organization’s incident manager for Ukraine says evacuees from the besieged Azovstal steel plant in Mariupol “are on the way” toward government-controlled areas away from the most intense combat zones where Ukrainian and Russian forces are fighting.

Dr. Dorit Nitzan, speaking by video to reporters in Geneva from government-controlled Zaporizhzhia, said WHO teams have been among workers from the U.N. and other aid groups who have deployed to help dozens of evacuees — up to 100 — from the plant.

“Things are moving,” she said Tuesday. “We know that they are on the way.”

Nitzan said the U.N. health agency was not clear what kind of health needs that the evacuees would present but that hospitals nearby and trauma teams were on standby to help the arriving evacuees.

The United Nations humanitarian aid coordinator and the International Committee of the Red Cross were leading the evacuation, after securing agreement from Ukrainian and Russian authorities in recent days.

KEY DEVELOPMENTS IN THE RUSSIA-UKRAINE WAR:

— Push to arm Ukraine putting strain on US weapons stockpile

Follow all AP stories on Russia’s war on Ukraine at https://apnews.com/hub/russia-ukraine

LVIV, Ukraine — The British military says it believes the Russian military is now “significantly weaker” after suffering losses in its war on Ukraine.

The British Defense Ministry made the comment Tuesday in its daily statement on Twitter regarding the war.

It said: “Russia’s military is now significantly weaker, both materially and conceptually, as a result of its invasion of Ukraine. Recovery from this will be exacerbated by sanctions. This will have a lasting impact on Russia’s ability to deploy conventional military force.”

The ministry added while Russia’s defense budget has doubled from 2005 to 2018, the modernization program it undertook “has not enabled Russia to dominate Ukraine.”

“Failures both in strategic planning and operational execution have left it unable to translate numerical strength into decisive advantage,” the ministry said.

LVIV, Ukraine — Satellite photos analyzed by The Associated Press show nearly 50 Russian military helicopters at a base close to the Ukrainian border.

The image captured Monday by Planet Labs PBC shows the helicopters in Stary Oskol, Russia, some 175 kilometers (110 miles) northeast of the Ukrainian city of Kharkiv.

The helicopters are stationed on the tarmac, runway and grass of the otherwise civilian airport. Military equipment is stationed nearby to support the aircraft.

Russia has been using its military attack helicopters in its war on Ukraine, flying low to the ground to try to avoid anti-aircraft missiles.

Meanwhile, another satellite image showed a bridge repeatedly targeted by Moscow near the Black Sea port city of Odesa still standing as of around noon Monday. That strategic bridge connects Odesa to the wider countryside and would be key to defending the area.

A breakaway region of neighboring Moldova home to Russian troops nearby has seen a series of mysterious explosions in recent days, raising concerns about the conflict widening.

ROME — Pope Francis has told an Italian newspaper that he offered to travel to Moscow to meet the Russian president about three weeks into the invasion, but that he has not received a response.

Francis was quoted Tuesday by Corriere della Sera as saying his offer to visit Russian President Vladimir Putin in Moscow was made through the Vatican’s No. 2, Cardinal Pietro Parolin, 20 days into Russia’s invasion of Ukraine.

He said, “Of course, it would be necessary for the leader of the Kremlin to make available some window of opportunity. But we still have not had a response and we are still pushing, even if I fear that Putin cannot and does not want to have this meeting at this moment.”

Francis said he spoke with the head of the Russian Orthodox Church, Patriarch Kirill, for 40 minutes by videoconference and for the first half “with paper in hand, he read all of the justifications for the war. I listened and told him: I don’t understand any of this. Brother, we are not clerics of the state, we cannot use language of politics, but that of Jesus. … For this we need to find the paths of peace, to stop the firing of arms.”

KYIV, Ukraine — Danish Foreign Minister Jeppe Kofod says his visit to Ukraine’s capital showed “the full support from the Danish side” on transfer of weapons, sanctions on Russia, but also humanitarian assistance.

Kofod reopened the Danish embassy in Kyiv and met with his counterpart Dymtro Kuleba and Ukraine President Volodymyr Zelenskyy on Monday. His meetings come as Denmark’s neighbors, Sweden and Finland, are debating joining NATO. Denmark is a founding member.

Moscow has warned that such a move would have consequences, without giving specifics. Yet on Friday, a Russian military plane violated Swedish and Danish airspace.

“I have to say to Russia that it’s a sovereign right of each country to arrange themselves when it comes to security. Denmark is not threatening anybody. Sweden, Finland is not threatening anybody,” Kofod told The Associated Press. “It’s totally unjustified if Russia or anybody else is trying to, in a way, violate our airspace (…) or doing some kind of other hybrid attacks on us, this is totally unjustified. And we will, of course, protect ourselves against that.”

Earlier in the day, Kofod visited Irpin in the suburbs of Kyiv to witness firsthand the destruction and devastation.

OTTAWA — Ukraine’s ambassador-designate to Canada says Russia must be held accountable for its troops committing sex crimes, including against children.

Yulia Kovaliv told a Canadian House of Commons committee Monday that Russia is using sexual violence as a weapon of war and said rape and sexual assault must be investigated as war crimes.

She said Russia also has kidnapped Ukrainian children and taken them to Russian-occupied territories and now Russia itself. Ukraine is working with partners to find the children and bring them back.

“Russians, a few days ago, killed a young mother and taped her living child to her body and attached a mine between them,″ the ambassador said. She said the mine detonated.

All of Russian society, and not just President Vladimir Putin “and his proxies,” should bear responsibility for the war on Ukraine because more than 70% of Russians support the invasion, Kovaliv said.