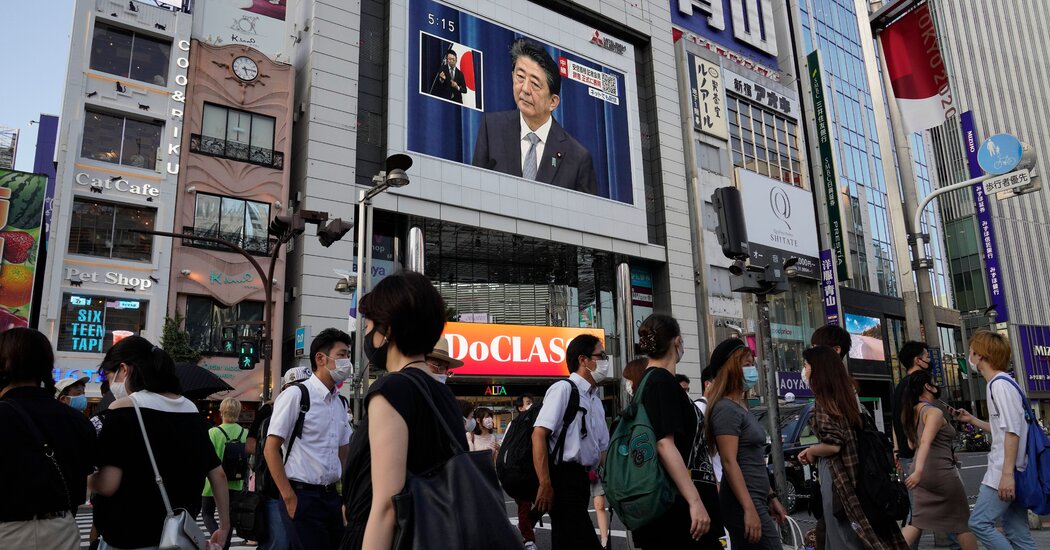 TOKYO — Shinzo Abe, the former prime minister of Japan, was left unconscious after being wounded on Friday while he was giving a speech in western Japan, according to a fire official.

Mr. Abe, 67, collapsed and appeared to be bleeding after a gunshot was heard in the city of Nara near Kyoto, according to a reporter for NHK, the public broadcaster, on the scene.

Seigo Yasuhara, an official in the command center at the Nara Fire Department, said that Mr. Abe had been taken by an ambulance to a medical evacuation helicopter and then to a regional medical center.

He was unconscious and showing no vital signs, the official said. Kyoto News said Mr. Abe had been shot in the chest.

NHK, citing the police, said a suspect, Tetsuya Yamagami, had been taken into custody. He was is in his 40s and a Nara resident, the report said.

Mr. Abe was in Nara campaigning, ahead of elections for the Upper House of Parliament scheduled for Sunday, NHK reported.

Rahm Emanuel, the American ambassador to Japan, said in a post on Twitter: “We are all saddened and shocked by the shooting of former Prime Minister Abe Shinzo. Abe-san has been an outstanding leader of Japan and unwavering ally of the U.S. The U.S. Government and American people are praying for the well-being of Abe-san, his family, & people of Japan.”