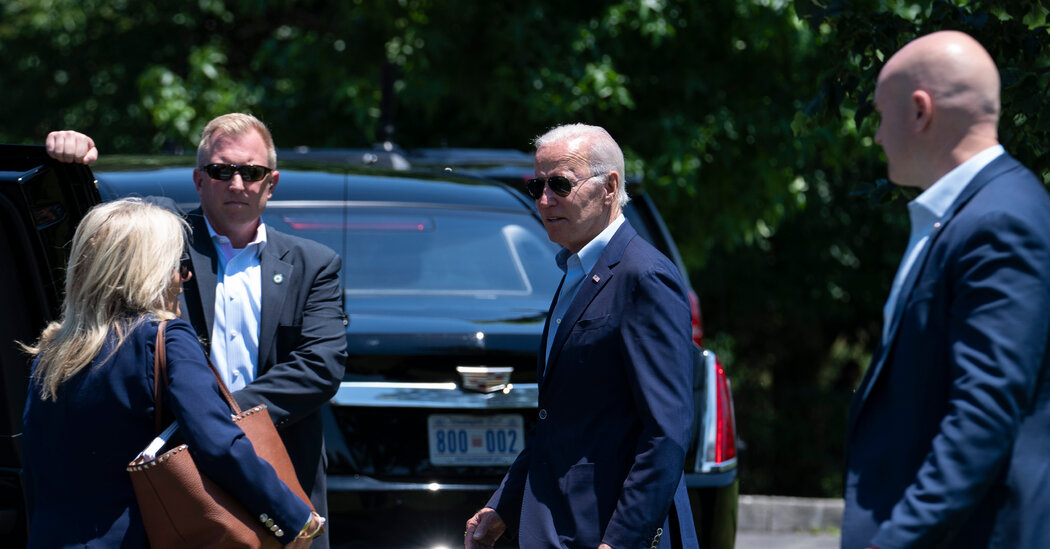 There is no consensus on what constitutes a mass shooting, complicating the efforts of government, nonprofits and news organizations to document the scope of the problem. Different groups define mass shootings differently, depending on circumstances including the number of victims, whether the victims are killed or wounded, and whether the shooting occurs in a public place.

The Gun Violence Archive, a nonprofit research group that tracks gun violence using police reports, news coverage and other public sources, defines a mass shooting as one in which at least four people were killed or injured. It counted more than 300 such shootings through early July. Of those shootings, 15 involved four or more fatalities, including one at a July 4 celebration in Highland Park, Ill., in which at least six people were killed.

Here is a partial list of mass shootings so far this year.

A 21-year-old college basketball player was killed and eight people were wounded in an early-morning shooting at a popular picnicking area.

After surging during the pandemic, the rate of shootings in New York has begun to fall, although it is still above prepandemic levels.

Three people were killed and 12 injured in a shooting in downtown Philadelphia, the police said. An officer fired at one of the gunmen, the police said, but it was unclear whether the gunman had been hit.

Another six people were killed and dozens were injured in several other shootings over the same weekend, including in Arizona, South Carolina, Tennessee and Virginia.

Several people were shot and five were killed at a medical building next to Saint Francis Hospital in Tulsa, Okla., the Tulsa police said. The police said the gunman was believed to have killed himself.

A gunman killed 19 children and two teachers at Robb Elementary School in Uvalde, Texas, about 80 miles west of San Antonio.

Law enforcement officers fatally shot the gunman, identified as Salvador Ramos, 18, but not until well over an hour after he walked into the school, raising questions about whether lives could have been saved if they had acted sooner.

The U.S. Justice Department has said that it would review the law enforcement response.

A gunman killed one person and critically wounded four other members of the Irvine Taiwanese Presbyterian Church in Laguna Woods, Calif. The congregation, which holds services at the Geneva Presbyterian Church, overpowered the gunman and hogtied him, preventing further bloodshed, the authorities said.

The suspect, David Chou, 68, is a Las Vegas man with a wife and child in Taiwan who had traveled to Orange County with a grievance against Taiwanese people, the authorities said. He was charged with murder and five counts of attempted murder in what the Orange County sheriff, Don Barnes, called a “politically motivated hate incident.”

A gunman armed with an assault-style weapon killed 10 people and wounded three others at a Tops supermarket in a predominantly Black section of Buffalo, the authorities said.

The suspect, Payton S. Gendron, 18, is white, and the 10 people who died were all Black. Before the attack, Mr. Gendron had posted a nearly 200-page racist screed online. He has pleaded not guilty. He faces life in prison if convicted.

At least 16 people were wounded by gunfire in a shooting in downtown Milwaukee, in a popular nightlife area blocks from the arena where an N.B.A. playoff game ended hours earlier, the authorities said.

The owner and two employees of the Broadway Inn Express motel in Biloxi, Miss., were fatally shot, and another person was also shot dead during a carjacking. The suspect, Jeremy Alesunder Reynolds, 32, was later found dead, CBS News reported.

A gunman opened fire inside a crowded subway car during the morning rush, wounding 10 people, the worst attack on New York City’s subway system in decades. More than a dozen other people were also injured, with some choking on smoke from the two devices the police said the gunman detonated before he started shooting. No one was killed.

A suspect, Frank R. James, was arrested the next day and charged with carrying out a terrorist attack on a mass transit system. If convicted, he could face life in prison.

As revelers spilled out of nightclubs in a two-square-block area of downtown Sacramento, a barrage of gunfire killed six people and wounded 12, the authorities said. Days later, the Sacramento Police Department said “gang violence” was at the center of the shooting, which involved at least five gunmen.

Two people engaged in a gunfight and sprayed a crowd with gunfire, killing one bystander and injuring 27 other people, including six children, at a community event and car show in the small Arkansas farming community.

Law enforcement officers were called to a Milwaukee home for a welfare check, and found six people who had been fatally shot. The victims — five men and one woman — had been shot, the police said, and evidence early in the investigation suggested that the killings had been targeted.