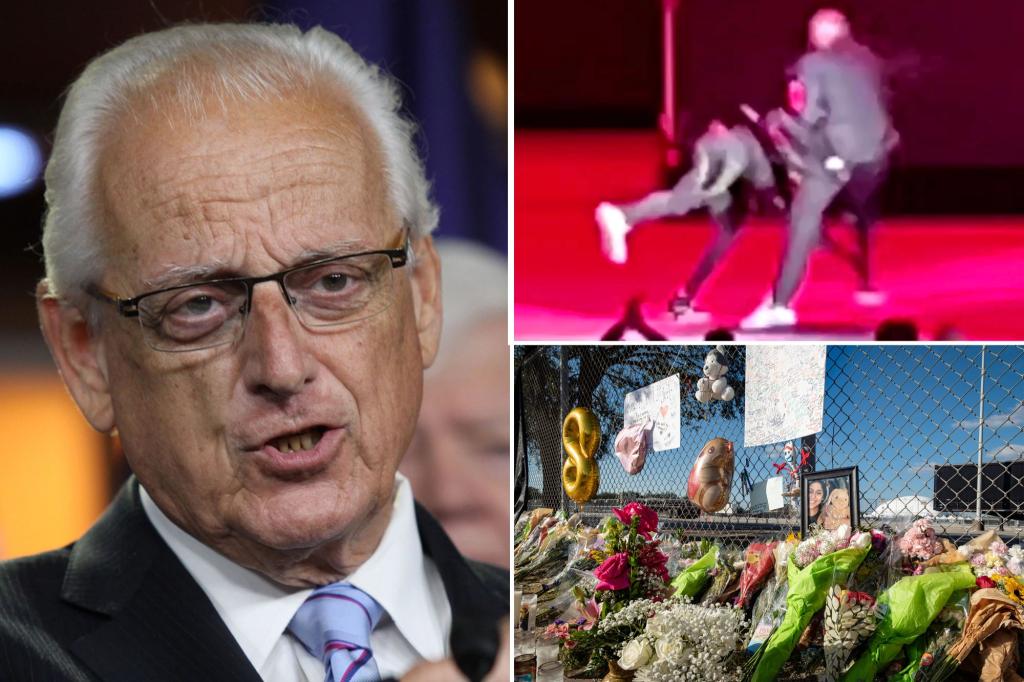 A New Jersey pol is demanding concert promoter Live Nation be broken up, claiming its monopolistic chokehold on the industry created safety issues that helped lead to the Dave Chappelle attack and Astroworld tragedy.

“About 200 deaths and 750 injuries occurred at Live Nation events since 2006,” Democratic Congressman Bill Pascrell recently told The Post. “Have safety measures not improved? Has Live Nation silenced organizers? I want answers. I think the public deserves to know.”

In March, the rep wrote to the Federal Trade Commission and Department of Justice calling for it to be easier to overturn mergers. He says the 2010 marriage between Live Nation and Ticketmaster was terrible for competition — and for safety at their events.

Since its merger with Ticket Master, Live Nation controls a concert-goer’s experience basically from start to finish 85% of the time, Pascrell said, peddling the ticket, owning the venue, scheduling the show and promoting it, too.

He and other critics claim the entertainment giant’s massive lucrative market share is leading to lackadaisical safety measures in the absence of real competition.

On May 3, famed controversial comedian Chappelle was attacked on stage at a Live Nation event with security provided by the same company that worked Astroworld.

Three days later, the company said it had its “best first quarter ever,” reporting $1.8 billion in revenue, up from $290 million in the year-earlier quarter.

But Pascrell and other politicians, including the influential House Committee on Oversight and Reform, have since turned their attention to Live Nation, which organized the event.

After the Astroworld tragedy, members of the House Committee on Oversight and Reform wrote to the company in December 2021, “Reports indicate that security and medical staff were inexperienced or ill-equipped to deal with mass injuries.

“Some attendees stated that the placement of barricades made it difficult to escape. Experts have stated that Astroworld Festival organizers failed to heed warning signs.”

A $750 million lawsuit brought on behalf of the victims claims security personnel were “grossly overwhelmed” by the crowds that broke through barriers and stormed the event to see the rapper perform.

The House pols also claimed that the company was trying to escape liability for its role in Astroworld.

“Live Nation and its subsidiary reportedly have withheld pay until part-time employees who worked the festival have signed a revised employment contract, correcting the original version signed prior to the festival that was dated 2018,” the Congress members wrote. “The revision makes it clear that the contract, which includes a broad provision releasing Live Nation from liability, applies to the 2021 festival.”

“They may double the profits, and they still didn’t do anything about the safety of folks who go to their concerts,” Pascrell said. “The disaster results are obvious in terms of how many people died. They got to be held accountable, just like any other business.”

And it’s not just Democrats calling for the breakup of Live Nation.

Mark Perry of the conservative American Enterprise Institute think tank called for an end to the Live Nation and Ticketmaster monopoly last year, saying it artificially jacks up concert prices and screws over fans.

“It’s only going to get worse unless Washington lawmakers and regulators step in with a fix,” Perry wrote.

Pascrell said that there’s “no way out” when you have “larger corporations controlling more and more of the entertainment.

“So, Congress has to come up with some way to break up Live Nation,” he said.