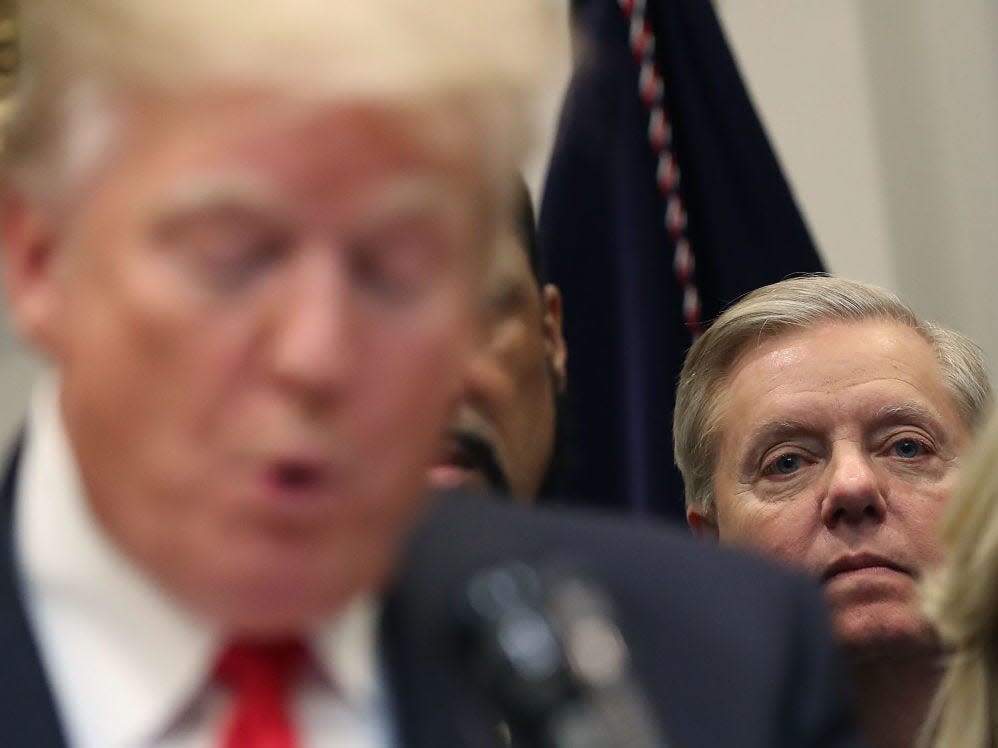 “He’s entertaining as hell,” Graham said of Trump, according to Mark Leibovich’s new book “Thank You for Your Servitude: Donald Trump’s Washington and the Price of Submission,” which comes out on Tuesday.

Graham, a staunch supporter of Trump’s since the 2016 election, took on a “Trump-explainer mode” during a 2019 interview with Leibovich, saying Trump is “good for business.”

“And he knows he’s good for business. What’s going to happen next? Stay tuned. Any tweet he sends is like crack cocaine for this guy,” Graham said.

Graham is now fighting a subpoena from a Fulton County Grand Jury impaneled to investigate 2020 election interference after Trump called on Georgia Secretary of State Brad Raffensperger at the time to “find” more than 11,000 votes for him.

The subpoena alleged Graham also called Raffensperger to encourage him to question absentee ballots. Graham has called it a “fishing expedition.”

Leibovich’s book describes how Graham became a staunch ally of Trump’s, even though Graham “had minimal regard for Trump as a serious thinker and moral human being.”

Leibovich wrote that Graham “reserved a certain awe” for Trump and “He couldn’t believe how Trump could endure the crises he did or got away with what he got away with.”