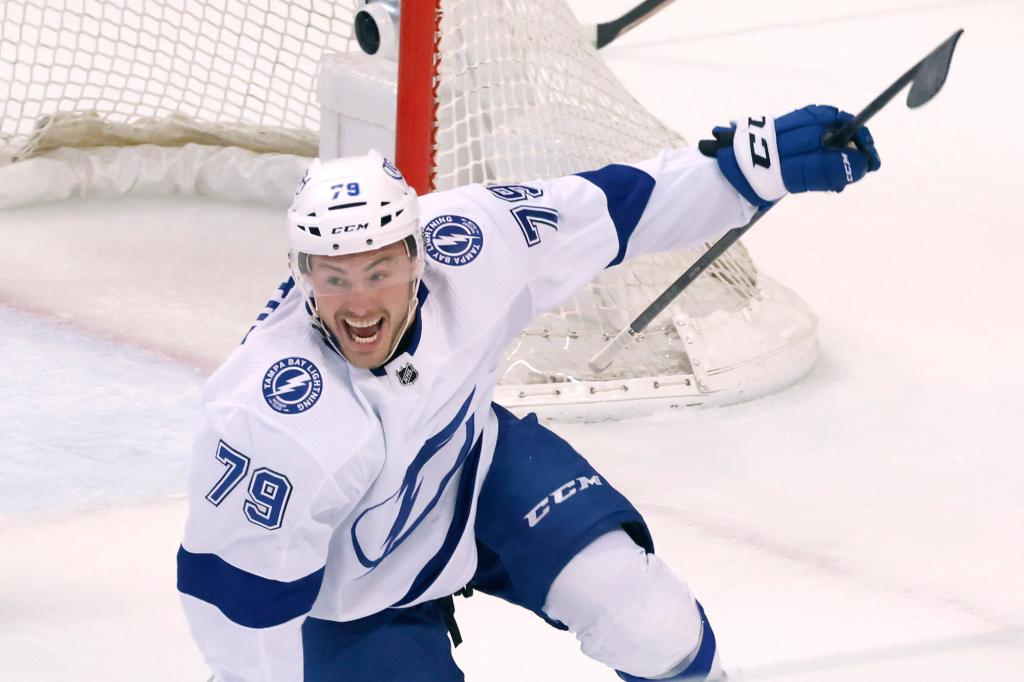 Ten years ago last week, Ross Colton was at a Sweet 16 birthday party, glued to his phone — following the results of a Rangers-Devils playoff game.

The Robbinsville, N.J., native and current Lightning center will play his first postseason contest at Madison Square Garden on Wednesday night. But this is not the story of a kid playing against his boyhood team.

“Grew up loving the Devils,” Colton said prior to Game 1 of the Rangers-Lightning series. “Always had some disdain for the Rangers. Came to so many playoff games at The Rock.”

Colton will have friends and family in attendance at the Garden on Wednesday, but his best memories of growing up a hockey fan involve the Rangers losing. He said that he and his brother took the train to Newark to attend games of the 2012 conference final, when the Devils prevailed in a six-game Battle of the Hudson to upset the Rangers on Adam Henrique’s overtime winner.

He was not at the Prudential Center for Henrique’s goal, though. Instead, he missed the game for the party.

“We didn’t even care what was going on,” Colton said. “We were all on our phones going nuts when it went into overtime. And then for him to score was pretty crazy. So yeah, I just always remember those.

“I always loved Ryan Carter, Stephen Gionta, the way they played. I always thought that they brought energy. Growing up, I was just like, they were the fourth line [but] I loved the way they played. They always brought it. Showed up in every situation. So it was pretty cool.”

A fourth-round pick in 2016, Colton is in his second season with the Lightning. He scored 22 goals with 17 assists during the regular season. That includes a red-hot end of the season when he scored 10 goals in April.

“He’s always out there working on something,” Tampa Bay forward Corey Perry said. “And it’s paying off for him. And to get the chance to play with him and get to know him, it’s been good. He’s a guy that can make plays. He’s quick, he’s physical.”

Last season, when Tampa Bay won the Stanley Cup for a second straight time, Colton played just 30 regular season games, but participated in all 23 playoff games, averaging 10:14 time on ice and establishing himself as a key piece of the group.

“This year, stepping into some more minutes and playing in different situations, power play and whatnot,” he said. “So yeah it’s a little different but same mindset. Come to the rink every day, try to get better.”

That mindset does not preclude him from acknowledging that playing postseason games not far from his home is pretty cool, even if against a team he grew up despising.

“Kinda crazy to sit here today, go out at MSG and play,” he said. “So I’m definitely excited.”