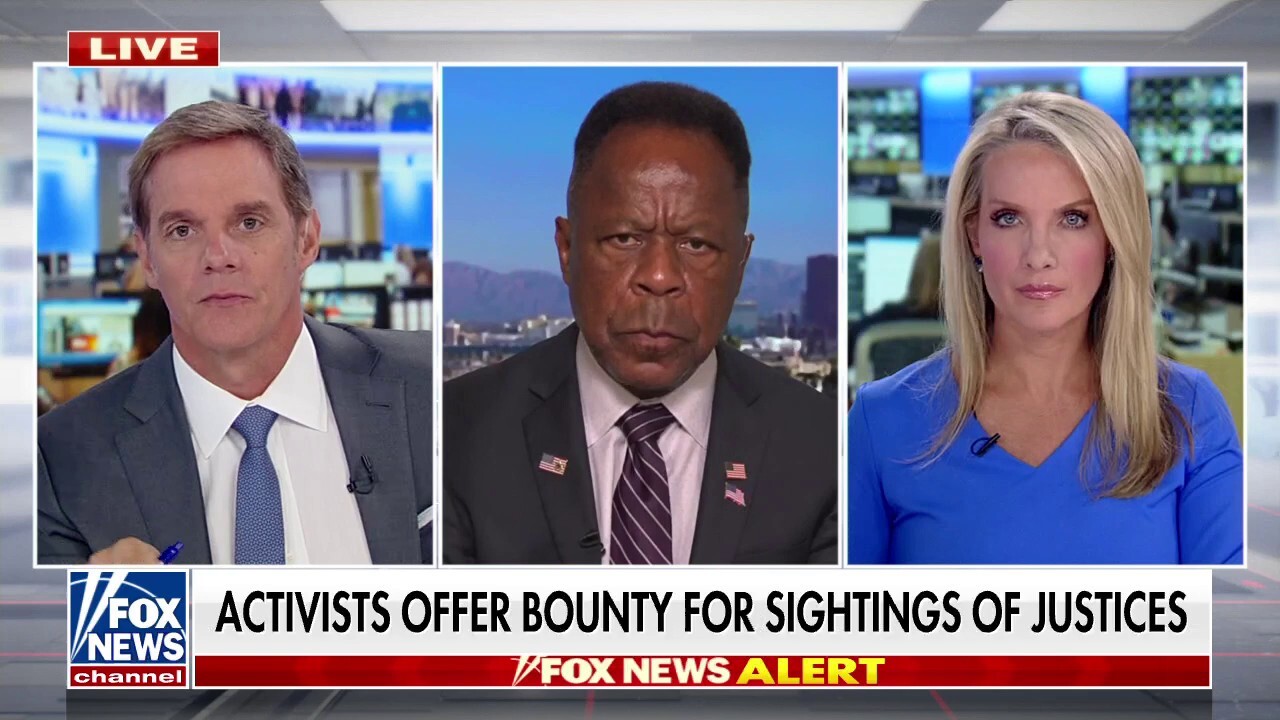 Fox News contributor Leo Terrell warned Monday that Biden officials are signaling support for activists and protesters who have targeted Supreme Court justices in the wake of the ruling that reversed Roe v. Wade. On “America’s Newsroom” Monday, Terrell called out the Justice Department for failing to take action and noted that some protesters’ actions are not protected by the First Amendment.

LEO TERRELL: The inaction of the Department of Justice is a signal to these protesters. You mentioned it as ‘bounty money’ at the top as far as money being paid to harass, intimidate Supreme Court justices. Not just the justices, but their family members. The attorney general has done nothing to stop this, to deter it, to enforce the current federal law. And that is a signal to the protesters. ‘Go ahead.’ And then you have Joe Biden basically saying the same thing. ‘We will support you.’ One final point on this. You got the White House press secretary basically hiding under the First Amendment, freedom of speech. This is a violation of law. Freedom of speech only goes to a certain point.