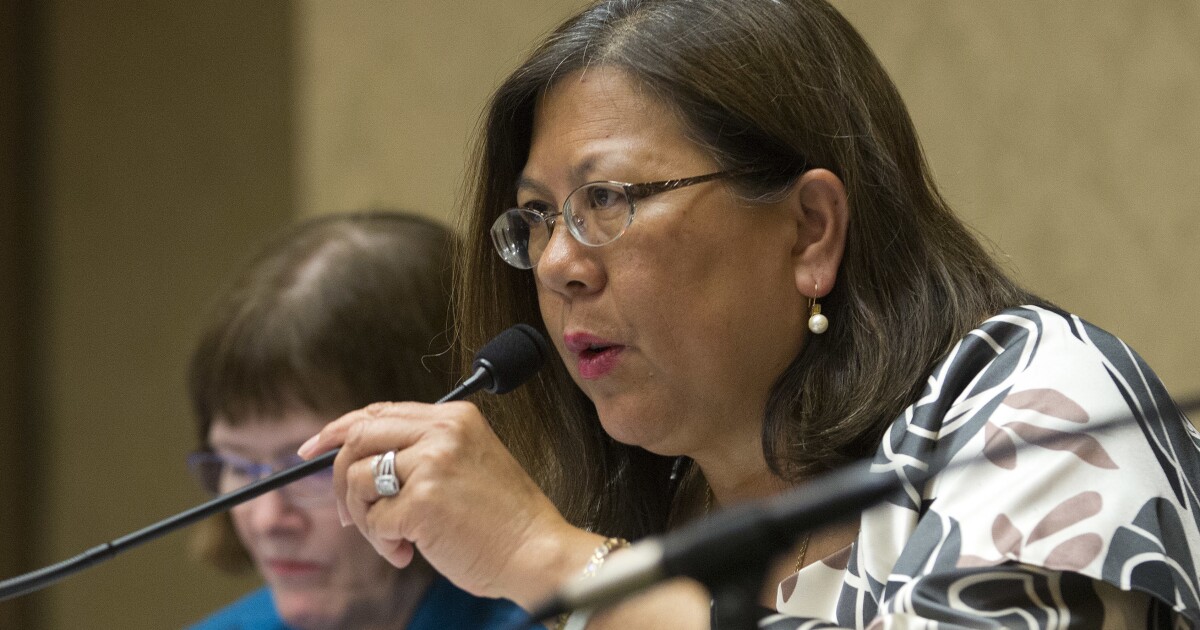 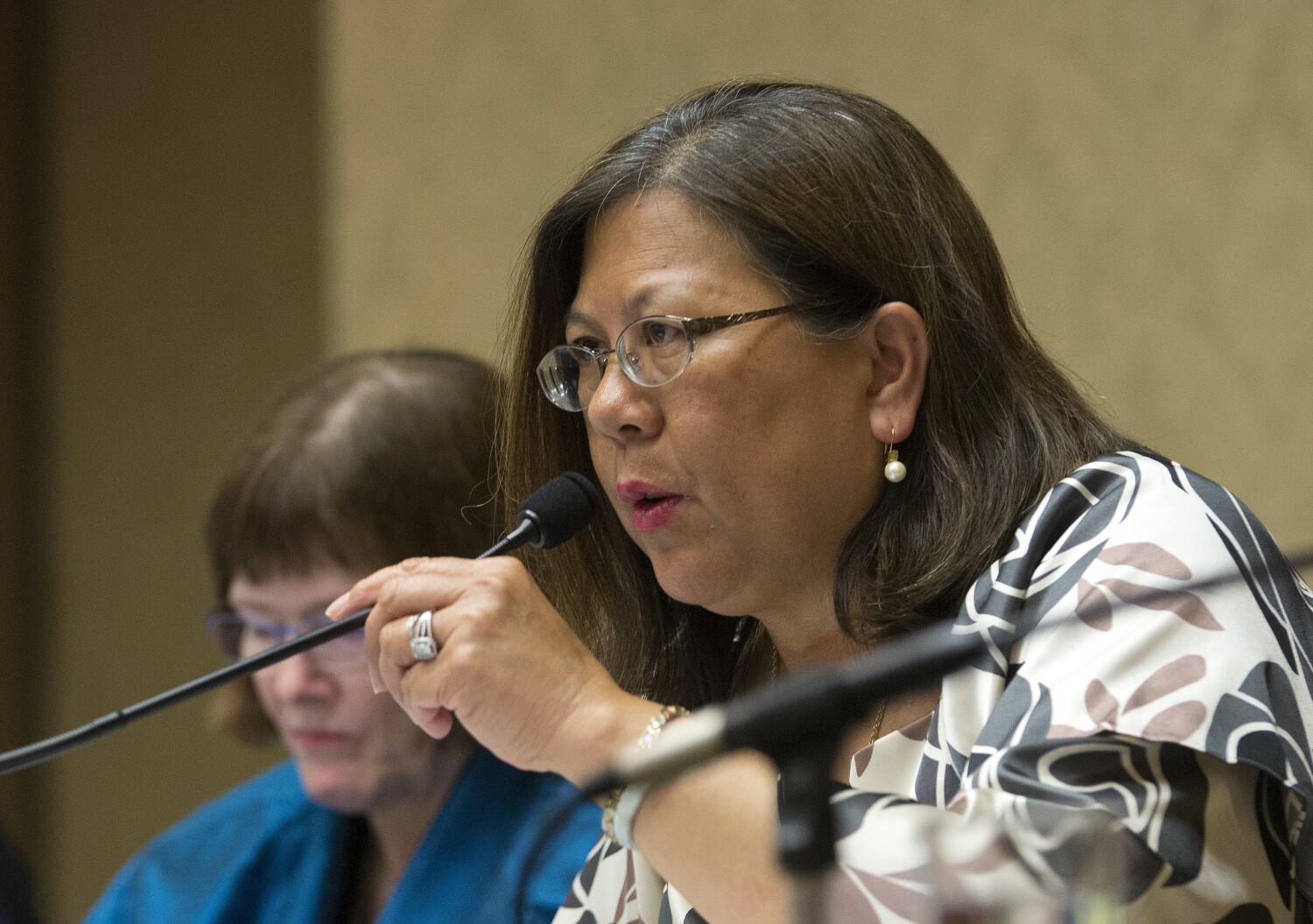 California lawmakers say they are troubled by state Controller Betty Yee’s behind-the-scenes advice to a politically-connected company seeking a $600-million no-bid government contract to provide COVID-19 masks, prompting some to call for a second legislative hearing into the failed deal.

Yee’s role in California’s scuttled state contract with Blue Flame Medical LLC went undisclosed for two years, despite a lengthy legislative inquiry and federal investigation. Documents from a civil lawsuit reviewed by The Times detail how the two-term Democrat — with no formal role in the state contracting process — sought inroads for Blue Flame with the administration of Gov. Gavin Newsom, suggested language on how to ask the state for a large upfront payment and then worked to expedite the agreement.

After California officials were forced to claw back the state’s $457-million cash advance to Blue Flame amid fraud concerns, lawmakers demanded transparency and accountability during a hearing in May 2020. But Yee’s name was never mentioned.

“The bottom line is the Blue Flame fiasco was a near miss for the state,” said Assemblymember Cottie Petrie-Norris (D-Irvine), who chaired the legislative hearing.

In one text message included in the court documents, Yee discouraged Blue Flame’s co-founder John Thomas, a Republican political fundraiser, from disclosing how much the company stood to make from the deal because it may “become a matter of public record and make headlines.”

Blue Flame’s internal records, disclosed as part of an ongoing lawsuit, showed the company stood to turn a profit of $134 million by charging the state 20% to 30% markups in price.

Following the revelation of Yee’s role in the deal, Petrie-Norris said she is calling for a follow-up hearing and asking the state’s Legislative Analyst’s Office to provide recommendations “so we can strengthen our vetting and approval processes during a protracted emergency situation.”

“I wish we knew at the time of the hearing what we know now,” said Assemblymember Jim Patterson (R-Fresno), vice chair of the Assembly Committee on Accountability and Administrative Review that conducted the 2020 oversight hearing. “I am absolutely flabbergasted. This is the controller. She is the last bulwark from sending a lot of taxpayer money to organizations.”

Assemblymember Jose Medina (D-Riverside), also a member of the accountability panel, said lawmakers should have been offered more information. “The fact that we were not made aware of the full scope of this situation during such hearings hinders our job.”

The nearly 150 text messages between Yee and Thomas over the course of one week in March 2020 — part of the public record in a lawsuit over the failed contract — include instances of the controller criticizing Newsom’s staff for moving too slow when buying supplies during the early days of the pandemic. At the time, Thomas told Yee he had 100 million N95 masks at the Port of Long Beach that his company could “move to you guys today.”

Hours later, Thomas texted Yee that Blue Flame had almost sold all of those, but he promised that another 100 million masks would arrive each week at the port. Yee texted Thomas that she would keep “bugging” the governor’s office about his offer and suggested how he should word a request for an advance payment, but “without invoking my name” with administration officials.

“I will get my folks working on how to facilitate prepayment,” Yee wrote Thomas.

The next day, Yee told Thomas she had directed her chief of staff to call the director of the California Department of General Services, known as DGS. Thomas quickly texted back, “OMG! YES!”

In the days that followed, Thomas repeatedly texted the controller for updates as he waited for the state to wire $457 million to Blue Flame’s bank account.

“We sat ready while DGS took their f—ing time,” Yee wrote to Thomas after state officials missed the initial cutoff on March 25 to wire money to Blue Flame. “They missed the deadline. Sorry about that.”

The next morning, Thomas began texting Yee early to “make sure your shop presses the button” at 8 a.m. to send the wire. “Truthfully I’m going to lose my place in line and inventory soon,” he wrote.

But the size of the state’s eventual deposit triggered a warning by bank officials of a potential scam, given that Blue Flame had opened its account the day before. The wire was then reversed a few hours later. Yee rebuffed a subsequent request by Thomas to talk on the phone, texting him to “please cease to keep me in the loop; it is not helpful. … You have a credibility issue now that you need to solve. Good luck.”

In his deposition last year, Thomas said Blue Flame did not actually sell any of the 100 million masks he claimed to have at the port, despite what he had told Yee. The deal’s unraveling triggered a federal investigation, although Blue Flame’s attorney said in a letter obtained by The Times that probes “have long since concluded and the government has confirmed that no charges of any sort have been or will be sought.”

Lawmakers said the Blue Flame deal is a cautionary tale of the perils of no-bid contracts, which were heavily relied on by the Newsom administration at the outset of the COVID-19 pandemic as a means of helping officials quickly buy lifesaving supplies.

“As we heard during the oversight hearing in 2020, the state adopted more extensive vetting procedures shortly after this contract came to light, and perhaps in part because this contract came to light,” Assemblymember Adam Gray (D-Merced), who participated in the 2020 hearing reviewing the state’s deal with Blue Flame, said in a statement. “We also heard that lessons were learned in the rush to get emergency supplies to our hospitals, but we cannot learn from lessons we don’t know about.”

“I connected him with the appropriate Administration contacts to make his pitch, with the expectation they would then do their job of vetting,” Yee said last week in a letter submitted to The Times’ opinion pages about her role in the deal. The controller declined to comment when contacted by The Times for the original article, citing the pending litigation.

She said in her letter to the newspaper’s editor that her advice was “no different from the tips on state contracting my team and I would offer any small business owner who joined our frequent free webinars.”

“I never had a financial interest in the success of the Blue Flame contract, nor did anyone with whom I was affiliated,” Yee wrote. “My only concern, then as it is now, was making sure California’s frontline health workers and other essential workers had the protective gear they needed to be safe as they confronted the COVID-19 pandemic.”

Yee’s term as state controller ends in January, and she has opened a campaign account to run for state treasurer in 2026. Several of the candidates seeking to replace Yee have criticized her involvement with Blue Flame.

Democratic candidate Malia Cohen, who has been endorsed by Yee, said she also had business owners contacting her about mask offers when there was a critical need for those supplies at the beginning of the pandemic.

“The way I approached the situation was I sent them to the state so that they could go through a vetting process to determine if there was a clear track record for the companies to deliver,” said Cohen, who is chair of the state Board of Equalization.

If elected to serve as controller, she said, she would keep the same distance from the particulars of any deal. “I believe Controller Yee should have removed herself from the process and allowed the proper state officials to negotiate and vet the offers and contracts,” Cohen added.

“The controller is the guardian of our tax dollars and it is very important that they not advocate for a particular vendor,” Glazer said.

Lanhee Chen, the only Republican running for state controller, offered a challenge to his fellow candidates. “I pledge never to interfere in government contracting and urge all of my opponents to do the same. Californians deserve nothing less.”