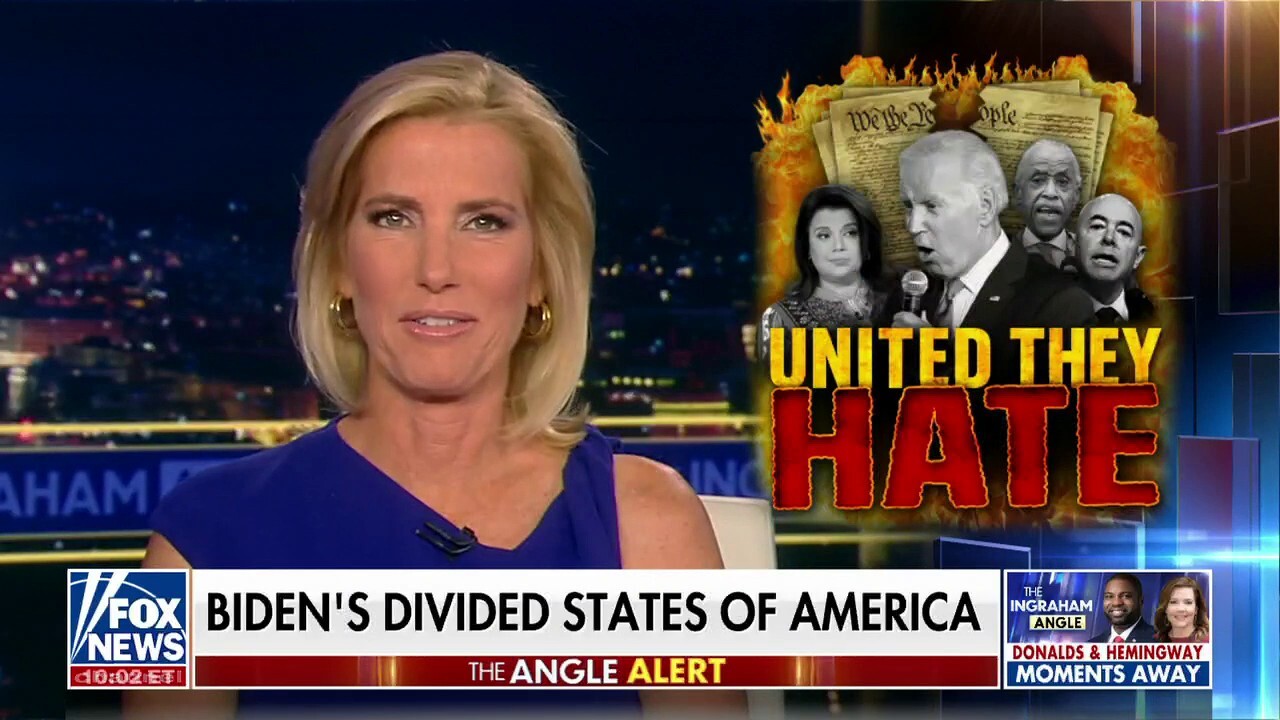 Laura Ingraham lamented the depressing nature of President Biden’s recent speeches and how the White House is promoting hatred throughout the country on “The Ingraham Angle.”

LAURA INGRAHAM: We’ve been waiting for it, and now the White House’s closing argument for the midterms is coming into sharper focus. Today, President Biden presented his updated vision of America the beautiful and golly, was it inspiring.

REP. JIM JORDAN: THESE ARE NOT VIOLENT DOMESTIC TERRORISTS

Oh, I think he forgot anti-American, which was the throughline of the bile we’ve been hearing for years from his party and his puppeteers. Now, this was a summit ironically called United We Stand. Biden’s presented the most negative, depressing take on the United States I think I’ve ever heard from a sitting president. Well, not counting the vindictive speech at Independence Hall a few weeks ago, that is. Now the event tried to brand itself as bipartisan because it featured folks like [Ana Navarro].

Very uplifting, a perfect message from someone who never fails to treat her political foes with respect. No hate festering with her — only sunshine and light.

What’s festering now there, Ana? Now, at a time when Americans are struggling to pay for essentials, the Democrats essentially — they have nothing to offer except more division and demonization. They can’t defend 8.3% inflation, so they peddle only smears and lies. So some of the most hateful people around now, they want to be the gatekeepers of what constitutes protected political speech.

There you have it: The big setup for political censorship via their social media proxies. I mean, if you can’t beat them, censor them, and to justify the coming censorship via social media giants, radical professors speak in sweeping generalities — and remember, hate only goes one way.