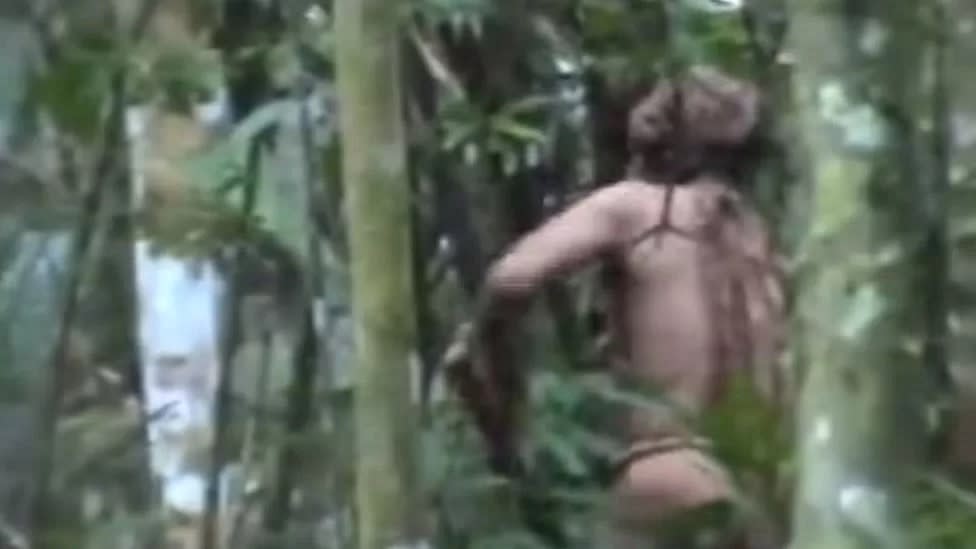 The last remaining member of an uncontacted indigenous group in Brazil has died, officials say.

The man, whose name was not known, had lived in total isolation for the past 26 years.

He was known as Man of the Hole because he dug deep holes, some of which he used to trap animals while others appear to be hiding spaces.

His body was found on 23 August in a hammock outside his straw hut. There were no signs of violence.

He is thought to have died of natural causes at an estimated age of 60.

The man was the last of an indigenous group living in the Tanaru indigenous area in the state of Rondônia, which borders Bolivia.

The majority of his tribe are believed to have been killed as early as the 1970s by ranchers wanting to expand their land.

In 1995, six of the remaining members of his tribe were killed in an attack by illegal miners, making him the sole survivor.

Brazil’s Indigenous Affairs Agency (Funai) only became aware of his survival in 1996, and had been monitoring the area ever since for his own safety.

It was during a routine patrol that Funai agent Altair José Algayer found the man’s body covered in macaw feathers in a hammock outside one of his straw huts.

Indigenous expert Marcelo dos Santos told local media that he thought the man had placed the feathers on himself, knowing that he was about to die.

“He was waiting for death, there were no signs of violence,” he said, adding that the man had probably died 40 to 50 days before his body was found.

There were no signs of any incursions in his territory and nothing in his hut had been disturbed, officials said. A post-mortem will be carried out to try to determine whether he had contracted a disease.

As he had avoided any contact with outsiders, it is not known what language the man spoke or which ethnic group he may have belonged to.

In 2018, members of Funai managed to film him during a chance encounter in the jungle. In the footage, he can be seen hacking at a tree with something resembling an axe.

There had been no sighting of him since, but Funai agents did come across his straw huts and the deep holes he dug.

Some had sharpened spikes at the bottom and are thought to have been traps for animals he hunted, such as wild boar.

Mr Algayer, the Funai agent who found his body, said that all of the huts the man had built over the years – of which there were more than 50 – also contained a 3m-deep (10 ft) hole.

Mr Algayer thinks the holes may have held a spiritual significance for the man, while others have speculated that he may have used them as hiding places.

Evidence found over the years in the area also suggests he planted maize and manioc and collected honey as well as fruits such as papaya and bananas.

Under Brazil’s constitution, indigenous people have a right to their traditional land, and access to the land he inhabited, known as the Tanaru Indigenous Territory, has been restricted since 1998.

The areas surrounding the 8,070-hectare territory are used for farming and landowners have in the past expressed their anger at being banned from entering the indigenous territory.

In 2009, a Funai post in the area was damaged and cartridge shells were left behind in what was considered a threat to the Man of the Hole and the Funai agents protecting him.

The restriction order has to be renewed every few years and in order for it to be approved, the presence of members of an indigenous group on the land in question has to be documented.

With the Man of the Hole dead, indigenous rights groups have called for the Tanaru reserve to be granted permanent protection.

There are about 240 indigenous tribes in Brazil, with many under threat as illegal miners, loggers and farmers encroach onto their territory, warns Survival International, a pressure group fighting for the rights of indigenous people.

The risks facing Brazil’s indigenous people were highlighted recently when activist Txai Suruí received death threats after she gave a passionate speech at the opening ceremony of the COP26 global climate summit in Glasgow.