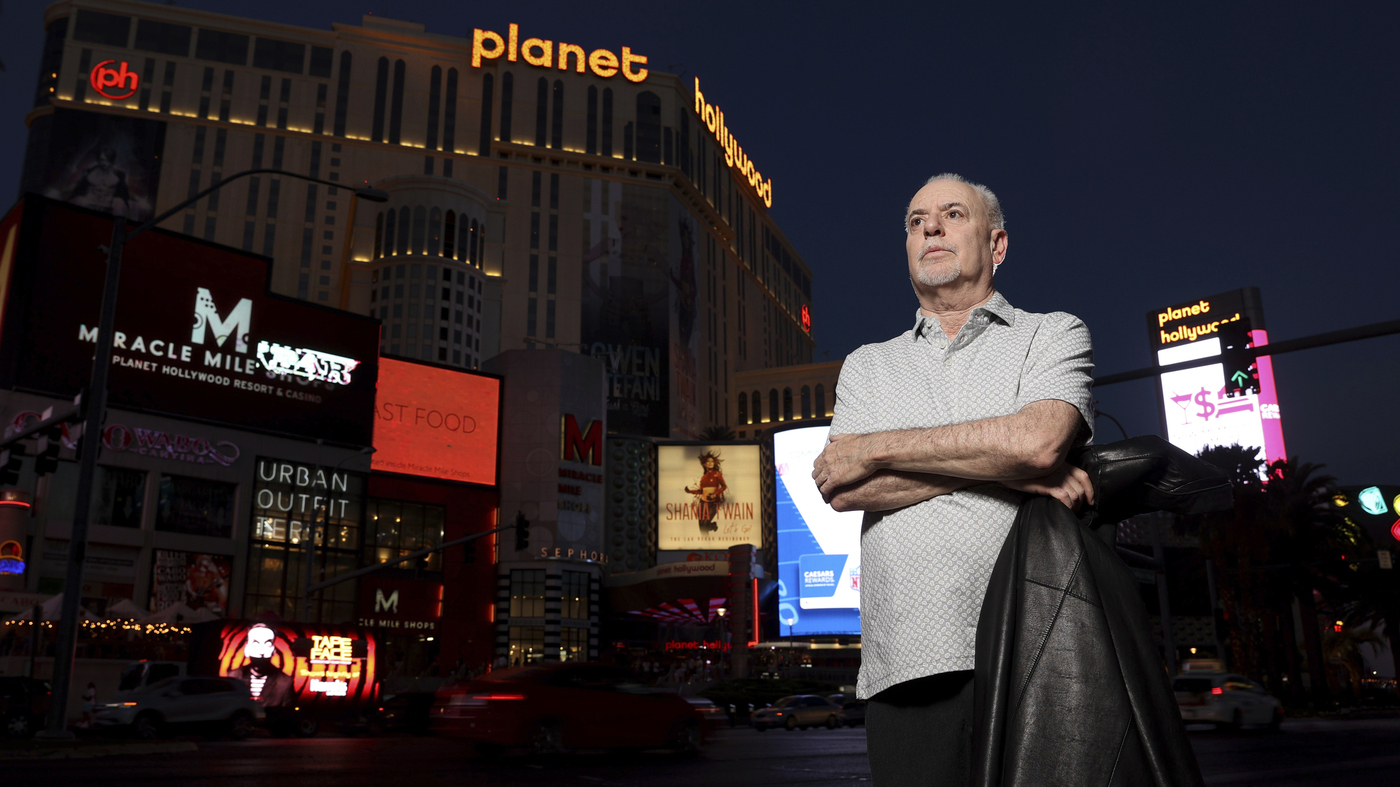 Jeff German, host of “Mobbed Up,” poses with Planet Hollywood, formerly the Aladdin, in the background on the Strip in Las Vegas, June 2, 2021.

Jeff German, host of “Mobbed Up,” poses with Planet Hollywood, formerly the Aladdin, in the background on the Strip in Las Vegas, June 2, 2021.

Police are asking for the public’s help finding any additional surveillance footage as they continue to search for a suspect in the killing of Las Vegas Review-Journal reporter Jeff German.

German, 69, was found stabbed to death outside his home around 10:30 a.m. Saturday after authorities received a 911 call.

German died of “multiple sharp force injuries” in a homicide, the Clark County Office of the Coroner/Medical Examiner said Sunday.

It appears German was in an altercation with another person that led to the stabbing, according to police.

Police believe the suspect was casing the neighborhood to commit other crimes when German was killed.

“We take this case very seriously and our investigators have been working non-stop to identify and apprehend the suspect,” Capt. Dori Koren, a police spokesperson, said in a statement.

Glenn Cook, the Review-Journal’s executive editor, said German had not communicated any concerns about his personal safety or any threats made against him to anyone in the newspaper’s leadership.