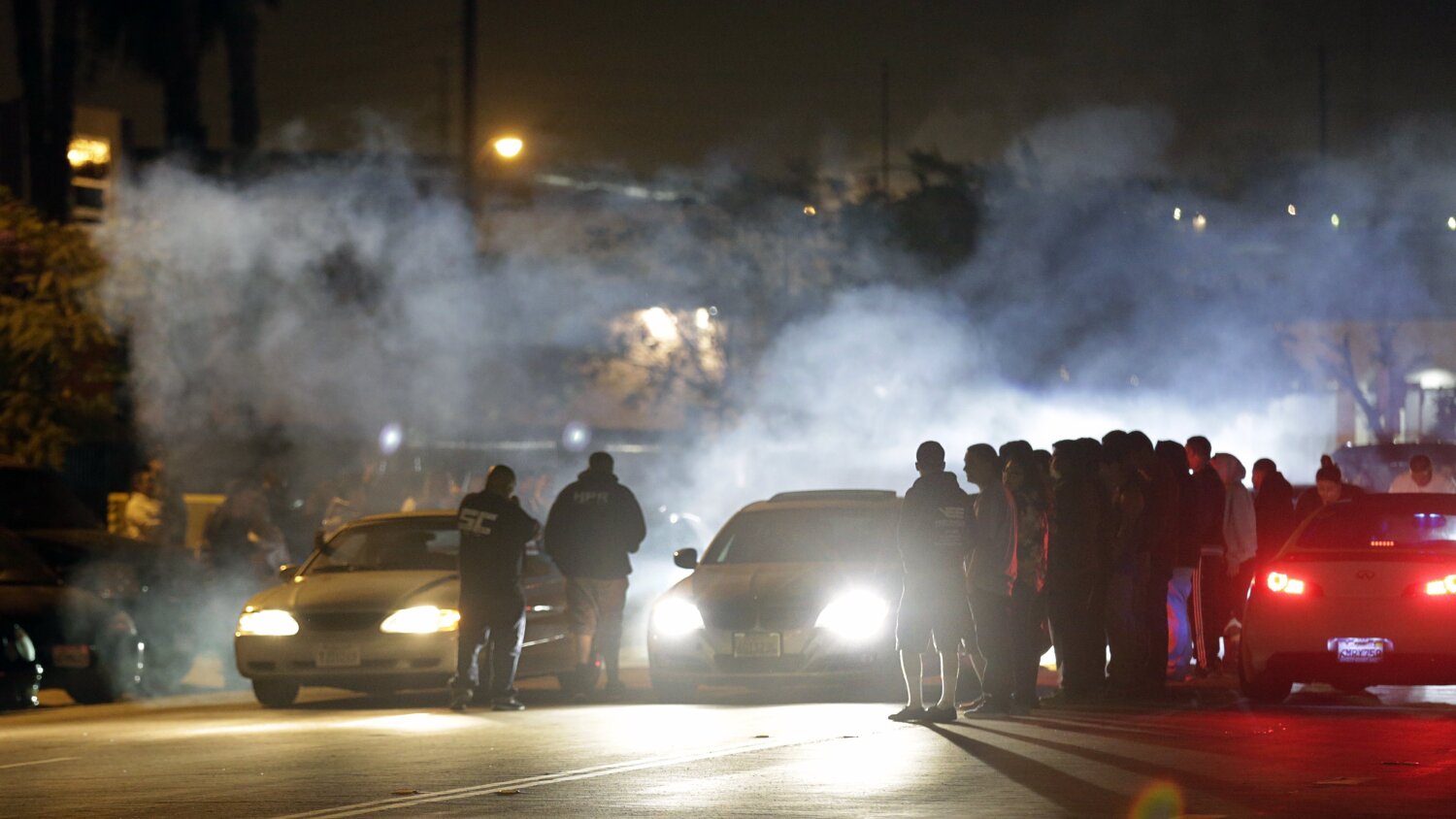 Los Angeles Police Department is stepping up efforts to address illegal street takeovers with a new measure that could lead to participant’s cars “disappearing real soon.”

Detective Ryan Moreno told reporters on Thursday that anyone caught attending or participating in a street takeover will have their vehicle impounded for up to 30 days, according to Fox LA11.

It is the latest move by the LAPD to target street racing or takeovers that have surged during the pandemic.

“We really want to stop this from becoming a new trend where they think that they show up and take over a street or a freeway or any part of the city, that they’re just going to be able to do whatever they want,” Moreno told reporters.

Moreno issued the warning just days after two separate street takeovers occurred about an hour apart and just over a mile from each other in South L.A.

One street takeover late Sunday night in an unincorporated area of the Willowbrook neighborhood led to the shooting death of a teenage boy, authorities said.

A separate street takeover about an hour later and 1½ miles down the road in the same area escalated when a mob ransacked a 7-Eleven store and stole snacks, drinks, lottery tickets and tobacco products. Surveillance video released Thursday by the LAPD showed at least one participant threw bananas and other snacks at a store employee who was hiding behind the counter, Moreno said.

The group fled before officers arrived.