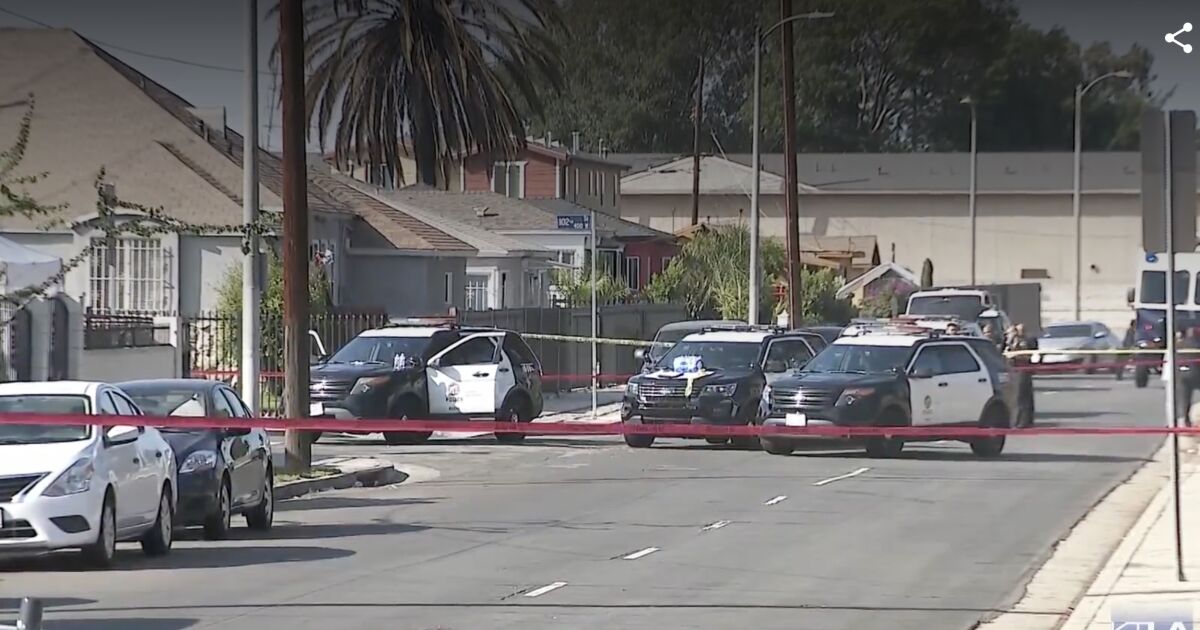 L.A. police shot and killed a young man who had called them for help during a dispute with his family, after he brandished a toy rifle from the porch of his South L.A. home Saturday afternoon, family and police said.

Grieving father Vicente Herrera said his son Luis, who is believed to have been in his late teens or early twenties, had called 911 around 1 p.m. on Saturday during a fight over one of his family’s small dogs.

“He hit my dog and we argued — I said the dog is like a little kid, don’t hit it,” Herrera recalled as the family’s blond Chihuahuas and Malchis played in the concrete front yard of their home in the shadow of the Harbor Freeway.

The argument was out of character for Luis, said his parents, who described their son as quiet and childlike. He loved to play video games, and was about to celebrate his birthday on Monday.

“I don’t know what happened in his mind,” his father said.

Officers responded to the report of a family dispute. Herrera said he was shocked when Luis opened the door holding a black airsoft rifle. Herrera screamed to police that the gun was a toy. But he said they told him to get back inside, then opened fire, shooting Luis multiple times.

“I shouted, ‘That’s a fake gun, it’s a fake gun, don’t shoot him.’ But they shot him six times,” Herrera said. “They never told him, ‘Put the weapon down’ or nothing.”

It is unclear how many officers fired. A spokeswoman for the LAPD directed reporters to the agency’s Twitter page for information about the shooting.

“The man was struck by gunfire & pronounced deceased at scene by LAFD,” the agency said on Twitter. “LAPD Firearms Analysis Unit personnel have collected the rifle & determined it is an airsoft rifle.”