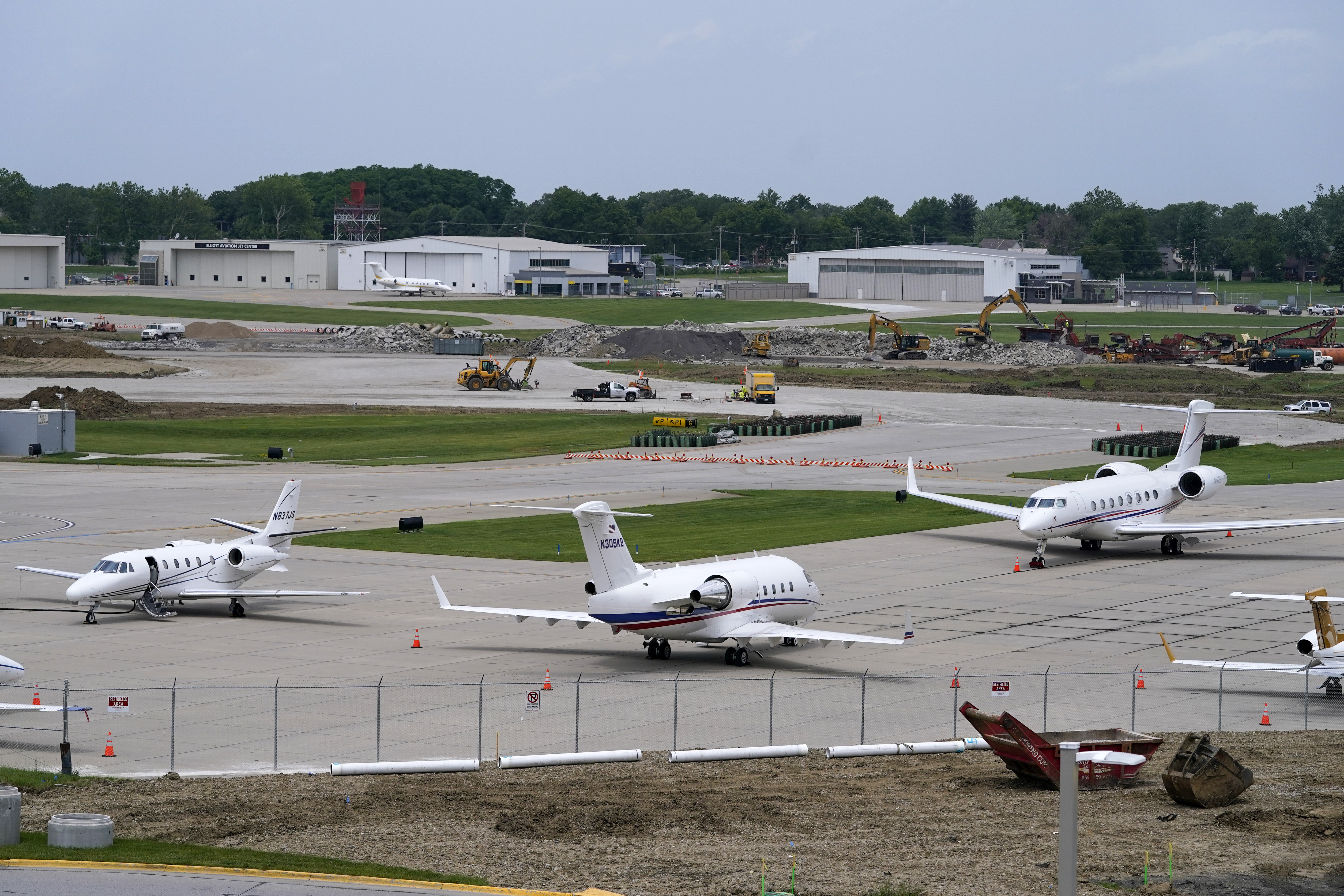 “We have an agency in dire need of a leader,” said the first official. Like the others, this person spoke on condition of anonymity so they could be candid about an agency they work with.

Washington, the CEO of Denver International Airport since last year, has not responded to POLITICO’s requests for comment about the probe. But on Thursday he said at an airline pilots’ conference that “all the allegations are false,” Bloomberg reported.

The White House has declined to comment on the substance of the Los Angeles case, saying that Washington’s confirmation continues to work “its way through the Senate.”

The search added a potential new complication for Washington, who headed up the transportation portfolio of Biden’s transition team. It comes as the FAA is facing multiple challenges, including complaints about rampant flight delays and cancellations, fights over 5G broadband deployment and changes to safety oversight following two lethal crashes of Boeing’s 737 MAX.

A drone industry official said the congressional calendar “was already working against” Washington, considering that the midterm elections are less than two months away. Washington has yet to even receive a hearing before the Senate Commerce Committee, which is responsible for vetting the nomination.

One airport lobbyist said he doubts Washington’s confirmation will happen this year, in light of the latest news. “I think the Republicans will keep trying to stall stuff out and I don’t think the Democrats will be all that anxious to use a lot of political capital to push it through,” the lobbyist said.

Mississippi Sen. Roger Wicker, the committee’s top Republican, said Wednesday that he was “deeply troubled” by news of the search warrant and called for more scrutiny of the nomination.

But the airport lobbyist pointed to another potentially ominous sign for Washington — public comments on his nomination by Senate Commerce chair Maria Cantwell (D-Wash.), who the lobbyist said has seemed lukewarm from the start.

“When he was nominated it was not what would be considered a typical response from the senator in your own party,” the lobbyist said. “Her response would not have been one the White House would’ve felt warm and fuzzy about.”

At the time Biden nominated Washington in July, Cantwell said she looked forward to “careful consideration” of his nomination. “I expect and will require strong leadership from the next FAA administrator,” she said.

On Wednesday, asked to respond to news of Washington having been mentioned in the search warrant, Cantwell told POLITICO that “every nominee for this critical position is subject to the confirmation process, which includes a careful and thorough review of the individual’s qualifications,” and that Washington is “undergoing that process now.”

Several other Democrats on the committee declined to comment or said they were unfamiliar with the facts of the Los Angeles case.

The affidavit justifying the search warrant includes a whistleblower’s accusations about a no-bid contract, totaling $890,000 over six years, that the LA Metro issued to a nonprofit that operated a sexual assault hotline. The whistleblower alleged that Washington steered the contract to win favor with County Supervisor Sheila Kuehl, who is friends with the nonprofit’s leader.

Kuehl, whose home was searched this week, has dismissed the allegations as “bogus” and has described the whistleblower as a disgruntled former employee. She has previously called for Villanueva’s resignation, and the leader of the nonprofit serves on a civilian oversight board that has repeatedly clashed with the sheriff.

The accusations have gotten media attention in the Los Angeles area since at least two years ago and also came up during the Denver City Council’s deliberations about hiring Washington as the airport CEO last year. At the time, the The Denver Post reported, Washington accused the whistleblower of carrying out “a well-orchestrated attempt to assassinate my character and reputation by alleging untrue things that involved programs that she herself managed.”

Some of the aviation officials questioned whether Washington is just collateral damage from a messy LA political rivalry, especially given accusations from other Los Angeles officials that the sheriff routinely abuses his office to launch politically motivated investigations of his critics.

“It’s too early to tell whether this will torpedo his nomination, but it’s certainly not a positive development for the administration,” said a transportation consultant. “The allegations of corruption are significant themselves and keeping in mind the contracting, grant, and procurement process is a significant component of the FAA’s mission.”

Until the Senate confirms a permanent chief, the FAA remains under acting administrator Billy Nolen, who previously headed the agency’s safety operations and — unlike Washington — has experience as an airline pilot.

Nolen’s experience may take some of the pressure off to confirm a new administrator, the airport lobbyist said.

“All things being equal, would you like to have a confirmed administrator? Of course, but I don’t think people are sitting around going ‘Oh my God, we’ve got to get Phil in here’ compared to Billy,” the lobbyist said.

The lobbyist expressed support for Washington and said that “if he’s given the chance to be the administrator he’ll do a good job. I just don’t know if — I mean, you have to get past the U.S. Senate to do it.”