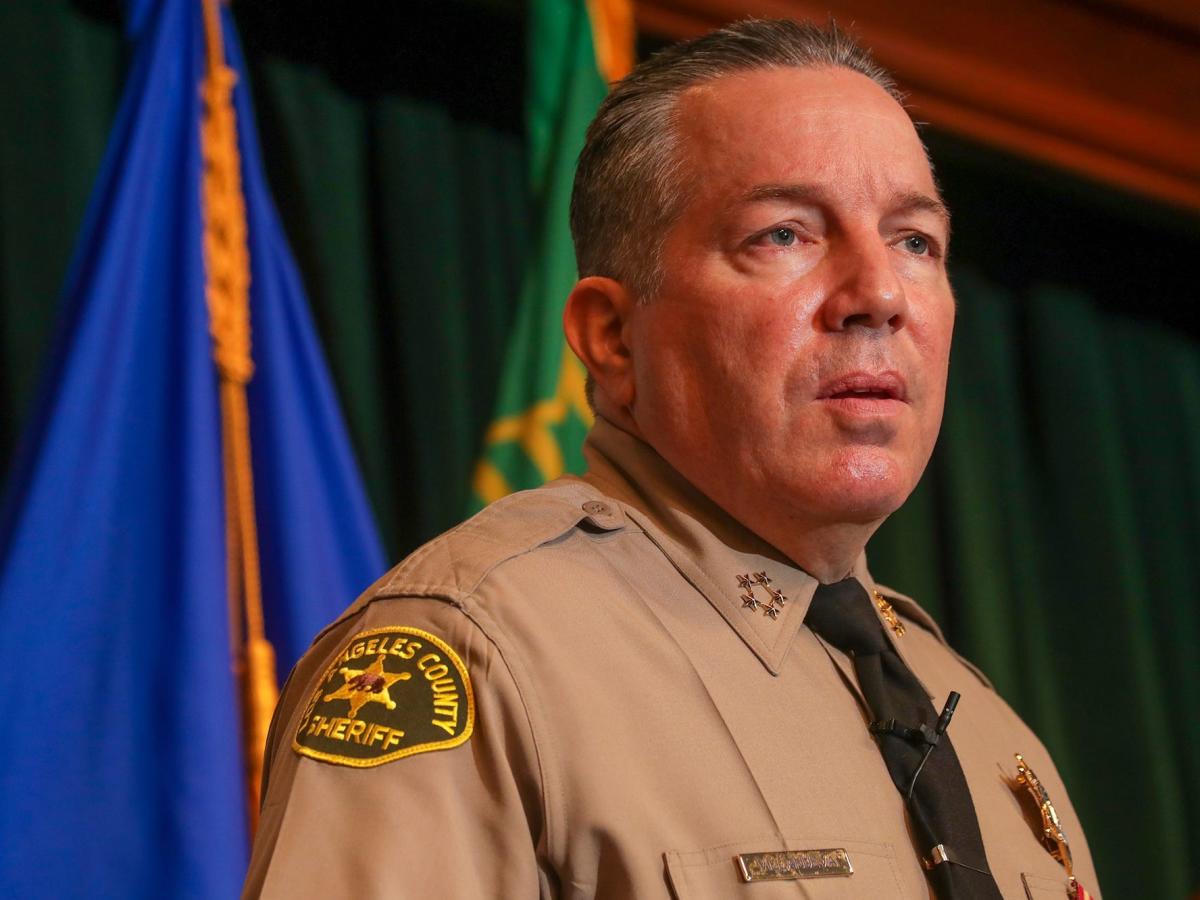 Los Angeles County Sheriff Alex Villanueva offered a closer look into the Los Angeles Sheriff’s Department’s efforts to contain the gruesome helicopter crash site of Kobe Bryant after the tragic event, defending his deletion order of the photos because of “a universe that was expanding infinitely.”

Villanueva, Los Angeles County’s first witness called to the stand, testified directly after Vanessa Bryant on the eighth day of Vanessa Bryant and Chris Chester’s consolidated trial against the county.

During his testimony, Villanueva doubled down on the deletion order that he called for after he learned of a citizen complaint that Deputy Joey Cruz had shown graphic photos at a Norwalk, California, bar.

“The longer we delayed, it was a universe that was expanding infinitely,” Villanueva said. He claimed that with demands for legal and union representation by his staff, a traditional initial inquiry into who had taken the photos and distributed them could have been drawn out, and the photos could have spread further.

“Dealing with a crisis is more important than policies,” Villanueva said. “There was no playbook for a situation like this.”

During that meeting at the Lost Hills Sheriff’s station, Villanueva said that he told his staff, “come forward with any photos and who you sent them to, and you won’t receive discipline.”

He admitted during questioning that in that “first blush” inquiry and deletion order the Friday after the crash, his staff’s phones were not searched at the time, and he took their word for the deletion of the photos.

Emails displayed during Villanueva’s testimony showed Vanessa Bryant’s attorneys requesting on March 2, 2020, that LASD preserve all evidence related to the taking and sharing of photos at the crash site in anticipation of their lawsuit. By March 26, 2020, LASD responded and said that it would be unable to assist with the request, citing in part the California Public Records Act and an ongoing internal investigation into the dissemination of the photos.

In September 2020, Vanessa Bryant sued Los Angeles County, the Los Angeles County Sheriff’s Department, and the county’s fire department over photos taken at Kobe and Gianna Bryant’s helicopter crash site that she alleges were shared by officers and other first responders.

By December of that year, the findings from the internal investigation were shared with Bryant’s team as the case was underway.

Villanueva told the court that a “ballpark of 8” deputies’ devices were determined to have possessed the photos. He added that he hadn’t heard testimony from LASD search and rescue lead David Katz that Deputy Doug Johnson had taken close to a hundred photos at the scene.

“The fact that it hasn’t popped up on social media at this point in the game means that they did a good job,” Villanueva said. “I granted them amnesty to prevent the spread.”

Disagreeing with previous interviews from March 2020, where he said that only the coroner’s office and NTSB should have taken photos, Villanueva said that information he’s gleaned since then about the brush fire and the threat of “looky-loos” at the crash site meant that some of his staff did the right thing by taking photos at the crash scene to “preserve the scene” for federal investigators.

Villanueva testified that he believed his agency investigators to be thorough, and confirmed that he had expected them to search cloud accounts as well as phones.

When asked if he knew for certain that the photos were permanently deleted, Villanueva said that “god knows, that’s about it.”